A group of immigrants housed on a remote Scottish island wait anxiously for the response to their asylum claims. 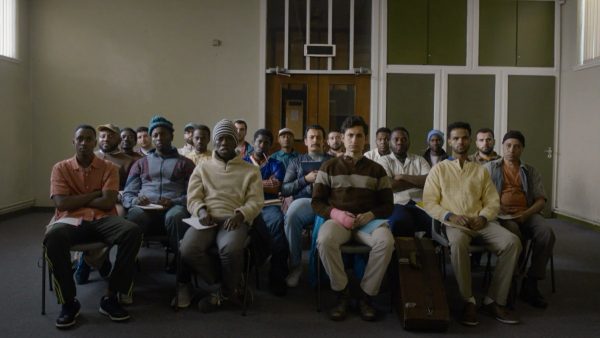 It’s such a cliché to refer to a movie as “timely”, particularly this year in the wake of so much political turmoil, not to mention the biggest global health crisis in a century. However, Ben Sharrock’s strange British comedy Limbo could hardly be more relevant, focusing as it does on a group of asylum seekers who have been unceremoniously dumped on a sleepy Scottish island while they wait for their claims to be considered. After a summer of Priti Patel menacingly following fragile boats around the Channel like she’s Blackbeard, the rights of Britain’s refugee population are very much in sharp focus.

So the stars are very much in alignment for Limbo, which opens with an absurd and seemingly endless dance scene and only gets more bizarre from there. Omar (Amir El-Masry) has just arrived in Britain, having fled Syria where his brother is fighting in the civil war. He has been housed with Afghan Farhad (Vikash Bhai), who idolises Freddie Mercury, and brothers Abedi (Kwabena Ansah) and Wasef (Ola Orebiyi), whose origin is subject to questions. Their day-to-day life is pretty empty – they can’t work until they’re granted asylum – and is largely spent watching Friends DVDs.

In its early stages, there’s a joy to the dryly comedic register of Limbo. Nick Cooke’s washed-out cinematography deliberately saps the colour from rural Scotland, depicting it as a sort of nowhere point at the end of the world. It’s pretty much the worst place to be in limbo, and the comic bleakness is etched all over the face of the brilliant Amir El-Masry, who seems permanently disappointed by a world in which the most exciting event is a girl wearing a dolphin head and flogging miserable-looking boat tours. 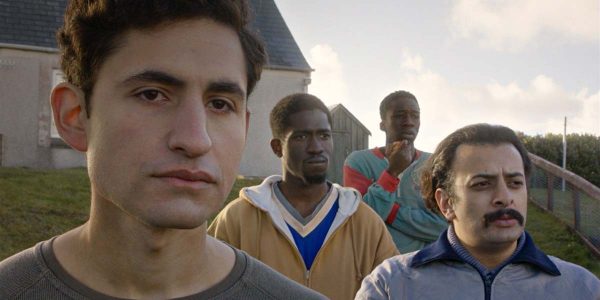 Sharrock’s script is droll more than it’s laugh-out-loud funny and, in the first act, that’s enough to largely sustain the movie. But at the mid-point, Limbo turns into more of a straight drama and amps up genuine moments of tragedy alongside the strange gags about shopkeepers and their lists of banned racial epithets. The movie is on less sure-footed ground with the darker and more dramatic elements, with one late scene particularly crossing a line into trite territory.

The issue is that there seems to be an oil and water quality to the drama and the comedy, lacking the exquisite mixture of the two disparate tones which powers classic British movies like Shaun of the Dead or Chris Morris’s exceptional Four Lions. Without the darker moments, their comedy would be blunted and the drama certainly wouldn’t hit as hard without the laughs. Limbo too often forgets its comic roots in the second half, leaving it unable to reconcile its inherent tonal contradiction and feeling like a rather detached depiction of the tragedies it forces upon its characters.

Once that comedy falls away, the movie becomes something of a slog, lumbering towards a two-hour running time with very little in the way of momentum. A running through-line about Omar’s inability to muster the enthusiasm to play the oud which connects him to home never quite packs the punch it needs. There are bright spots in the connection between Omar and Farhad, played with mastery of facial expressions and line delivery by both El-Masry and Vikash Bhai, but this is rather relegated from the narrative in favour of Omar’s considerably less interesting bond with his mostly unseen brother. 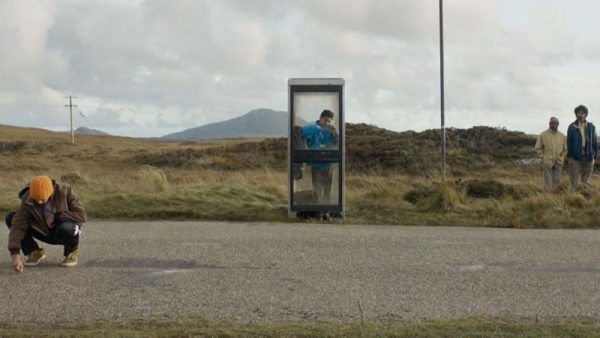 Limbo is an intriguing tonal confection with plenty to say about the treatment of refugees in modern Britain, but its genre-melding central conceit never quite comes off in the way that it’s aiming for. El-Masry’s central performance is delightfully modulated, only suffering from a placement in a movie that isn’t sure how to position its balance between comedy and the darker side of life.