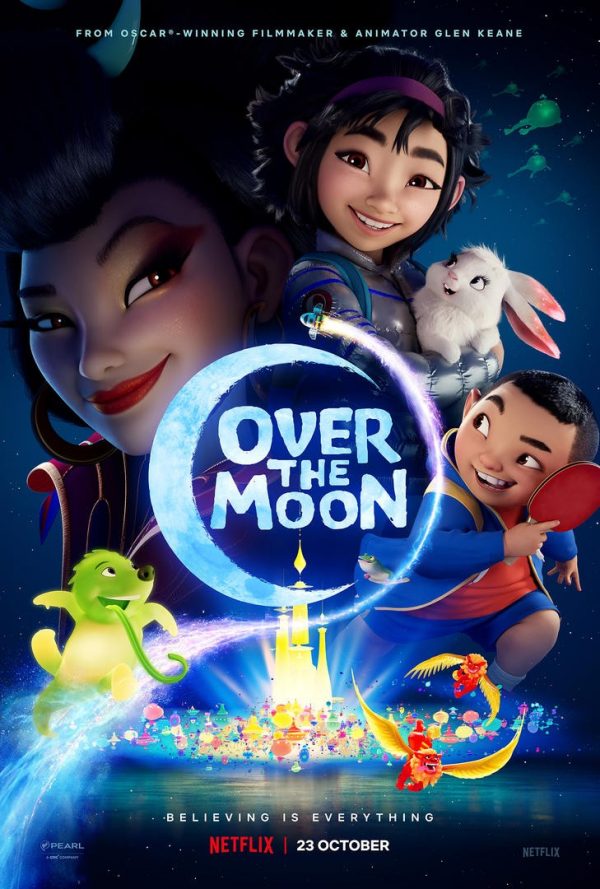 An adventurous girl builds a rocket ship to meet a mythical goddess on the moon. 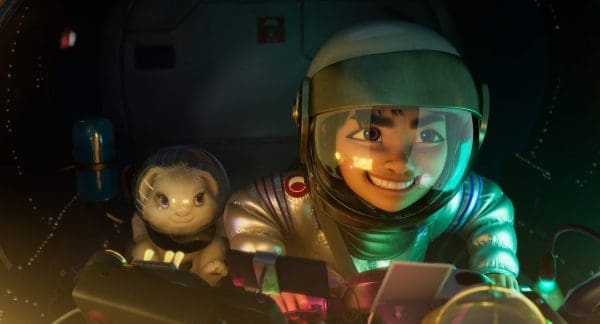 In many ways, Over the Moon is an animated adventure so close to Alice In Wonderland that I had to check if this wasn’t adapted from a Lewis Carroll novel. The way the film tells a surreal and spellbinding adventure, after such a practical and realistic introduction into this world…it’s a delight. While the story doesn’t feel insanely original, there’s no doubt that this is one of those visual treats that come around every so often.

Seriously, the entire look and feel of this film are out-of-this-world, full pun intended. I thought the film’s introduction, spending time with Fei Fei and her family, was already beautiful. The characters look unique, placed inside such a wonderfully grounded world that feels lived in; it’s all there to great a perfect starting point. When our lead character and crew crash land on the moon, the film is taken to another level that’s so easily one of the most visually striking worlds I’ve seen in some time.

What makes the entire look of the film stand out is the simplicity in its surrealism. You can go out there and completely strange without creating a visual assault on the eyes. The film knows when to use an excess of color and when to hone the look to make you pay attention to something so important, a great balance that always allows you to enjoy what’s on-screen.

Glen Keane helms the project with John Kahrs co-directing, and the pair knows how to tell a complete story without going into the “too much” territory. Easily creators trying to make a big splash – this being the feature debut of Kahrs and the first Netflix original animated film – would go for the “let’s do it all” approach, and there’s nothing wrong with that. You can do everything you want because you never know when you will get this chance again. This team works with that same hunger but eases everything back to take you to the basics. It makes you appreciate the little things, so the bigger moments work even more. 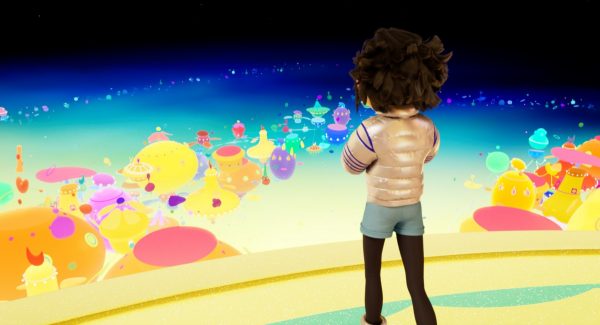 Fei Fei is a young girl trying to deal with losing her mother and the fact her father wants to move on. While Fei Fei is a bit brash about her feelings on this, it’s an understandable feeling for anyone who has lost someone. She holds this story of the Moon Goddess Chang’e close to her, being something she relates to her mother.

She holds it so close that she sets out on a near-impossible mission to prove that she’s real. Joined by her loving rabbit pet Bungie and potential new stepbrother Chin (and his frog), Fei Fei enters an insane world she could only dream was real, and you feel like you’ve heard this before.

Look, the filmmakers know the easiest way to have your visuals be a huge part of the film is to scale back the narrative. If you have an insane plot and wild visuals, you will quickly isolate a big part of your audience. This isn’t some arthouse film, but something for the entire family. It’s hard to ignore the film has a bit of a “heard it all before” element, though. You can predict almost all of the film’s beats, and there’s nothing really ground-breaking in terms of the story. That’s not saying it’s a bad film for having a simple story and a retread of other ideas, but it’s something to note.

Still, Over the Moon offers up enough of its own flair to not feel like it’s ripping anything off too much. I completely loved the entire Moon Goddess story, and the world they created for her was wonderfully detailed. It’s something we don’t see too often, traveling to the moon in film and it not being a science fiction type of film. This is an entirely new take on the mood, which brings elements that feel organic in a Chinese-focused movie. Using the Moon Festival ( a tradition dating back more than 2000 years ago) but centering it around a young girl who wants to travel to the moon, it’s a delightful blend of an old-school story with a new-school outlook. 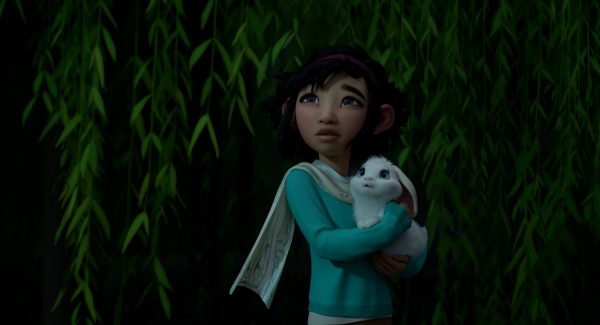 There’s something that makes Over the Moon so easy to love. An earnestness to the filmmaking and a real love of making beautiful imagery. It’s easy to harp on a story and want it to go further, but it’s also easy to say other films need to step up to the grand visuals on display here. From the eyelashes on a rabbits face to the twinkle of otherworldly colors in Fei Fei’s eyes, you can’t help but fall in love with everything here.

Glen Keane has worked for a long time in this industry, creating and overseeing some of the biggest films in animation. And it seems like he’s spent that time absorbing every bit of information to craft his own little beauty here. In a year of so many strong feature directorial debuts, Keane threw his veteran hat in the race and said, “thank you, I’ve come to play.”

Like Fei Fei in the film, the filmmakers behind went above and beyond to make their wildest dreams a beautiful reality.