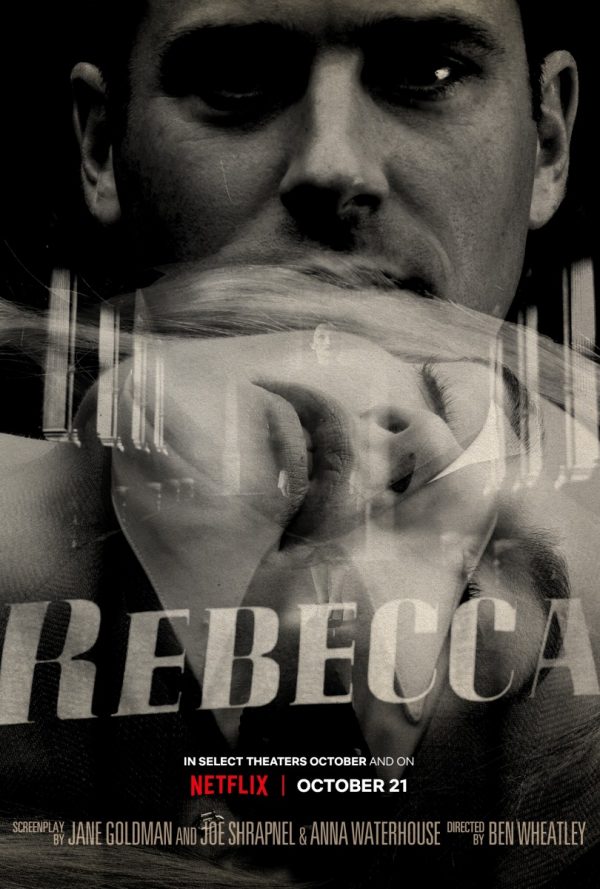 A young newlywed arrives at her husband’s imposing family estate on a windswept English coast and finds herself battling the shadow of his first wife, Rebecca, whose legacy lives on in the house long after her death. 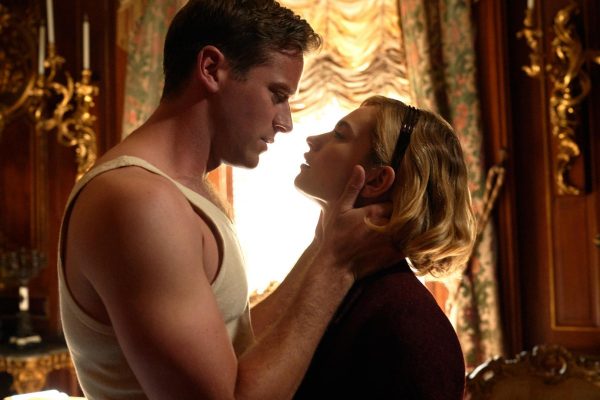 Ben Wheatley’s Rebecca is a hybrid between his own visual style and a more faithful adaptation of the Daphne Du Maurier novel rather than a remake of Alfred Hitchcock’s only Best Picture winner. There’s some good that emerges from those creative decisions and also plenty of missed opportunities, especially given what themes could have been greater explored retelling this story for a modern audience. The world around us informs the effects a cinematic experience has on viewers, and for Rebecca that sentiment amounts to something disturbingly present throughout the majority of the running time, only to be dropped in favor of leaning in hard to the power of love. Anyone that has ever seen Alfred Hitchcock’s version or even read the book knows that the final third takes on a different direction tonally, so it’s a bit disappointing to report that Ben Wheatley doesn’t quite have a handle on that or putting his own stamp on the story itself aside from the glamorous production designs and unsettling vibes that often fester throughout his flicks.

For those walking blindly into Rebecca, the narrative concerns a traveling and lonely ladies companion to an elderly woman. Taking in the sights of Europe, the unnamed ravishing young woman (played here in this interpretation of the source material by Lily James) lucks away into a chance encounter with the recently widowed Maxim de Winter (Armie Hammer, putting his undeniable charms into someone secretive and mysterious), a wealthy London estate owner visiting France on business and seeking to move on from the tragedy. Both of them equally fancy one another, and a time-sensitive event sets off a chain reaction of major events that sees the two now living together as Mr and Mrs. de Winter. 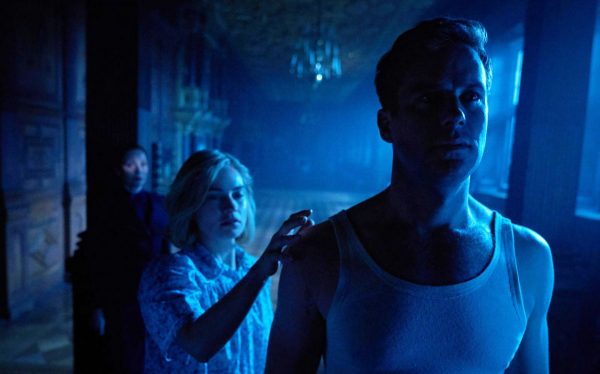 However, it’s almost as if Rebecca has never left, with constant reminders of her once cherished existence in every luxurious and expansive room of the sprawling manor, typically all kinds of household items emblazoned with an “R”. It’s enough to make the second Mrs. de Winter question if Maxim has any ulterior motives and if she’s really just meant to be a replacement wife; something meant to dull the inner pain. Also intriguing, the estate staff seem to be intentionally keeping the living quarters that way. These are also sights that Ben Wheatley’s frequent cinematography collaborator Laurie Rose captures with sumptuous detail and intimidation, given the size of the place. Other striking shots include overhead aerial perspectives outside along the coastline, and an early impressive tracking shot pulling back the camera as Mrs. de Winter walks through a massive hallway. On top of the eerie presence of an ex-wife, it’s enough to make someone wonder if they even belong in this new life.

All of this is compounded by Maxim progressively getting busier and occasionally letting loose a temper, new characters showing up unannounced hinting at unresolved details surrounding the death of Rebecca, and the slow-burn revelation that Maxim was not the only one fascinated, perhaps even obsessed, with her supposed ethereal presence. A simpler way to put it would be to swap out the title of the film replacing it with Gaslighting: The Movie. And Lily James does a tremendous job at conveying restrained mania that never devolves into over-the-top hysterics. Simultaneously, there’s a strong sensation of naivety as those around her manipulate and mislead her, as if her status as the second wife and invitation into the home are more of an invasion and that the entire marriage is futile under the presumption that Maxim will never love another like Rebecca. 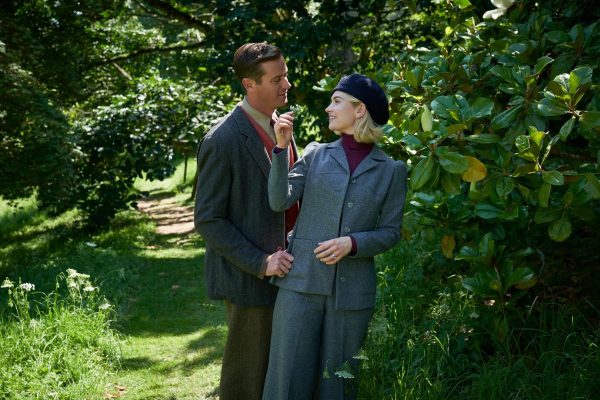 Eventually, the second Mrs. de Winter takes a dramatic departure from herself in terms of characterization; it’s one that feels sudden and jarring but also necessary. Again, it’s something that anyone familiar with this story knows about, although here lacks fluidity and disappointingly never reckons with all of the aforementioned gaslighting. Worse, it doubles down on romance while deciding to casually toss in an ambiguous yet potential lesbian angle that could have been fleshed out beyond maddening obsession. It’s as if Ben Wheatley (working with screenwriters Jane Goldman, Joe Shrapnel, and Anna Waterhouse) wanted to modernize some relevance of the story and stick to the book more, unfortunately undercooking everything. It also doesn’t help that he is no master of suspense, meaning newcomers will likely have an idea of where the plot is really going without any prior knowledge of the narrative.

What’s left is an impressive visual delight and an outstanding performance from Lily James (whether she doesn’t have a clue what’s going on and during the latter stages seeing her rise up to the occasion), stuck as a pointless remake that is incapable of living up to its most celebrated predecessors regarding the source material (an insurmountable task given Alfred Hitchcock’s Rebecca is one of the greatest accomplishments of his legendary career) or materializing with its own identity beyond aesthetics.