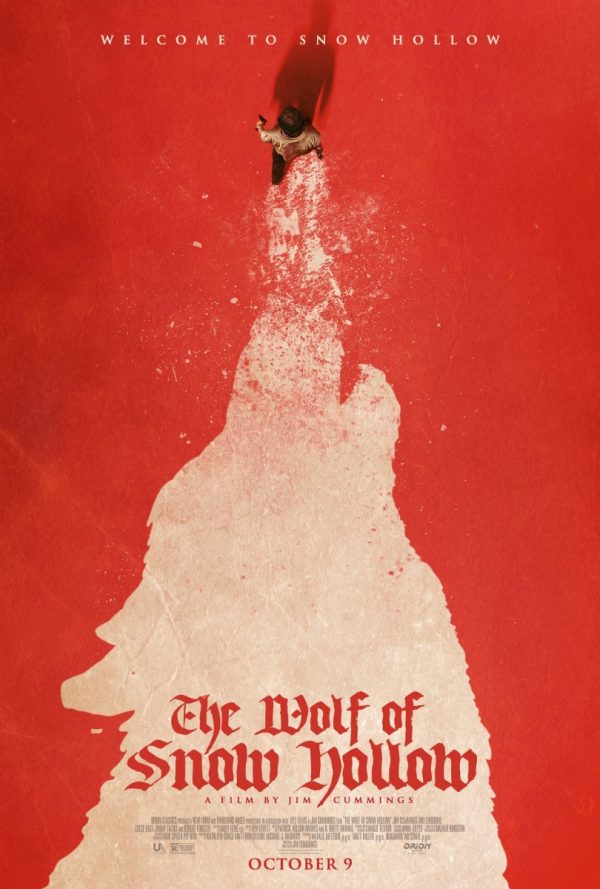 Terror grips a small mountain town as bodies are discovered after each full moon. Losing sleep, raising a teenage daughter, and caring for his ailing father, officer Marshall struggles to remind himself there’s no such thing as werewolves. 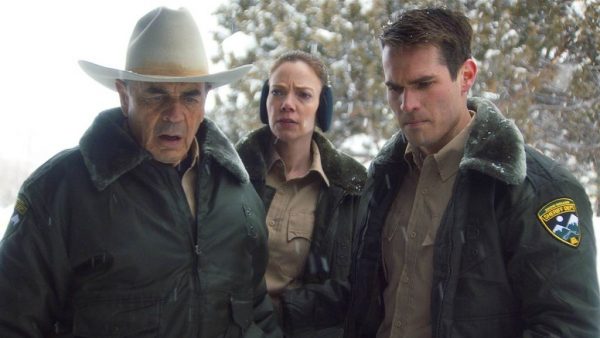 Whether there is such a thing as werewolves or not is secondary to The Wolf of Snow Hollow, and for good reason. This sophomore feature from writer/director Jim Cummings (not the animated voiceover legend, but the man behind the outrageously funny and emotional Thunder Road) sees the filmmaker once again dabbling in deconstructing police officers with self-awareness and the style of expressive humor that feels straight out of a 1990s Jim Carrey movie. Naturally, such a topic to explore has become even more relevant since 2018.

John Marshall (Jim Cummings once again casts himself in the starring role and it once again pays off considering he’s easily one of the funniest actors working today) as an officer for the titular snowy mountainside town, trying to keep a handle on his past addiction to alcohol while dealing with separation from his wife and trying to relate to his 17-year-old daughter on her way to a nifty scholarship. He is the poster child for someone far too deep into their occupation that there’s practically no room to give his own family any attention, a dilemma that only becomes more problematic as other officers voice their pleasure about wanting to give parking tickets rather than investigating a series of terrifying mutilations that could either be the work of a serial killer or a mythical beast. It’s not so much a question of “this is the job you chose” but rather ” this is the family you are choosing”? 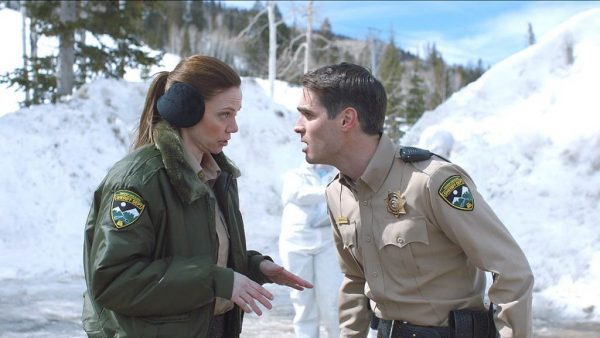 In a bold move, The Wolf of Snow Hollow actually does away with the fear of the unknown to show us that there is indeed a werewolf on the prowl murdering townsfolk to vacationers in graphic fashion (internal organs are removed, limbs are severed, heads are decapitated, and even genitals are removed). However, there is still room for mystery as since these sequences are shrouded in darkness, it’s still not clear as to where there is an R-rated Scooby-Doo situation going on or if it’s a case of costume design and practical effects sufficiently able to persuade viewers into believing it’s the real deal.

This is amusingly juxtaposed with John Marshall periodically going on the offensive anytime his fellow officers slightly entertain the idea that a monster could be wreaking havoc on the town (it’s also worth mentioning that the original score from Ben Lovett does a wonderfully eerie job at lending a classical horror approach to the music that wouldn’t feel out of place in a black-and-white monster movie of yesteryear). He’s also joined by a more rational female counterpart in Riki Lindhome’s Julia Robson and his ailing father played by none other than Robert Forster in his final posthumous screen appearance. It’s also unexpectedly touching watching Robert Forster play a sheriff dedicated to grinding away at the job and investigating the murders knowing that death is around the corner for him in more ways than one; you get the sense that the performer behind the character did the same thing acting while suffering from brain cancer. 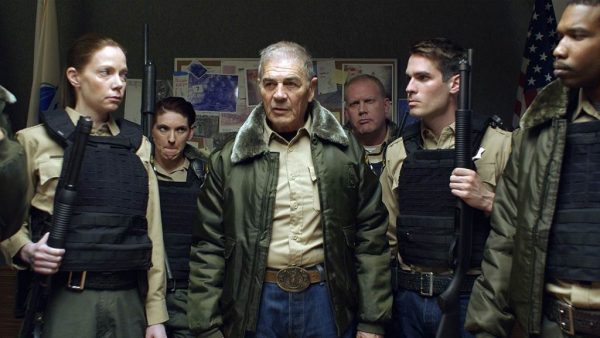 With the hyperactivity and loudness of Jim Cummings alongside some of the more serious characters, there is a combination of dry and screwball comedy that routinely makes for big laughs. It also helps that John Marshall is dimwitted when it speaking to the opposite sex, at one point trying to give his daughter some pepper spray to defend herself against the killer, commenting that the way she dresses could cause her to become a target. There is also some underlying empathy for his stupidity, suggested as this being what happens to one’s mind after signing away their life to a police force. Consider it a ‘this is your brain on duty’ PSA. I’m sure some people don’t want to hear right now that there’s a good person inside of all the dumb things a police officer character like John does and says, but it is the truth here and it does appear that Jim Cummings is trying to peel away at not only the heightened masculinity that comes from such a job, but this time the way it can rot someone’s mind.

The Wolf of Snow Hollow also works as a genre feature, but the final reveal and climactic moments are somehow surprising but not necessarily exciting. It’s as if Jim Cummings, in as briefly as 80 minutes, ran out of social commentary material/comedy and sprung right into the finale, which while noticeably off-key is still deliciously violent and crowd-pleasing. There are definitely more laughs then scares, but rest assured Jim Cummings’ follow up to Thunder Road retains brilliantly timed and delivered goofball dialogue and thoughtfulness on both humanity and law enforcement, even with the addition of a seven-foot werewolf that may or may not be real. What is most importantly real is Jim Cummings’ skill as a filmmaker, and it deserves to be recognized.