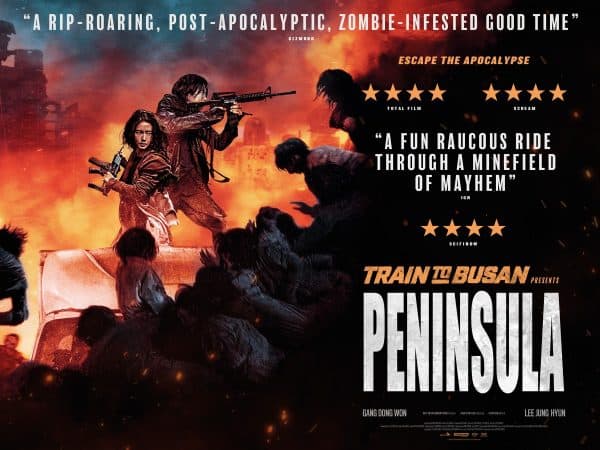 Four years after the initial zombie outbreak, a military man heads back into quarantined South Korea in search of a van full of cash. 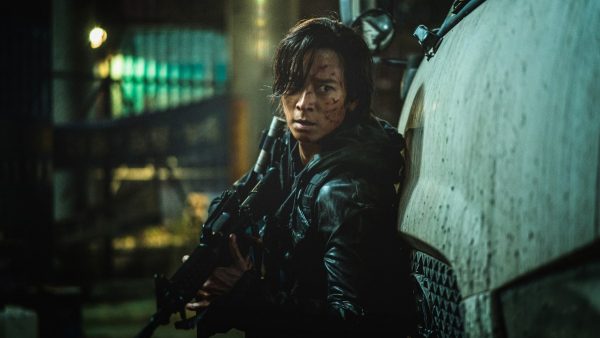 The zombie movie genre has made a habit of reinvention. Every decade or so, the world of the undead horror story reshuffles itself like a deck of cards and emerges with a new lease of (after)life. That certainly happened in 2016 when Korean filmmaker Yeon Sang-ho delivered the crunching one-two punch of the exceptional Train to Busan and its animated prequel Seoul Station. Years later, Yeon is delving back into his take on a zombie apocalypse for Peninsula, which is far more of an action movie than a horror.

This tale begins in the midst of the outbreak, with soldier Jung-Seok (Gang Dong-won) helping to escort his family to safety on a boat to Japan. Needless to say, things hit the fan in a big way and the survivors end up in Hong Kong. Four years later, Jung-Seok is dealing with his grief and struggling with prejudice in his new home, of a sort which feels sadly reminiscent of the way Chinese people have been treated in the real world since the COVID-19 pandemic began. Desperate for cash, he’s sent by a criminal boss back into the quarantined Korean peninsula in order to commandeer a truck, in which $20m has been abandoned. This operation brings him into the midst of survivor Min-jung (Lee Jung-hyun) and her family.

Much like Aliens replaced the tense, single-location horror of Alien with all-out action, Peninsula goes bigger and louder. This is a dark, extravagant action movie that expands the canvas of Train to Busan with a hail of bullets and plenty of zombies being filled with holes. Inevitably, this sacrifices some of the claustrophobic chills that made the first movie such an instant classic, but director Yeon delivers something raucous and chaotic in its place. 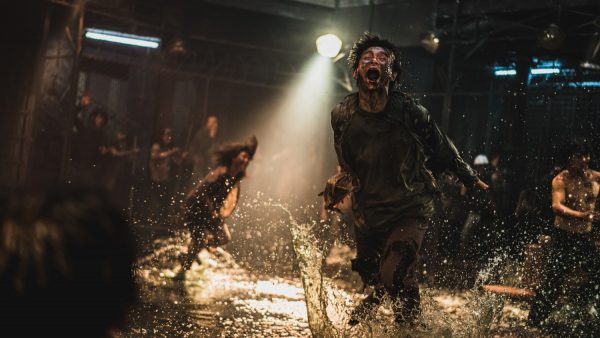 Peninsula has almost double the budget of its predecessor and this comes through in the movie’s use of effects. There are car chases aplenty, littered with handbrake turns and zombies being skittled under the wheels of a 4×4. Sadly, though, these scenes are often rendered via CGI that occasionally crosses the line into the world of video game graphics. Busan grounded its zombie carnage within a very real story about human nature and self-interest, whereas director Yeon struggles to find that sort of depth this time around.

The closest thing to an emotional anchor in this new film is the battle-hardened mother Min-jung, played with brilliant defiance by Lee Jung-hyun. She’s the movie’s most believable element amid a world which is largely dystopian bleakness and Lee Hyung-deok’s dark, drizzly cinematography. There’s a sense throughout that the originality of the first movie has given way to a fairly generic post-apocalypse actioner, saddled with computer game visual effects and not nearly as much emotional impact as it needs.

But with that said, director Yeon has plenty of ideas for how to expand this world and there are some utterly unforgettable images – not least a sort of spider creature made from ravenous zombies. Given that level of invention, it’s a shame that the rest of Peninsula too often seems to cleave to convention. There’s still plenty to explore in the world Yeon has created, so it would not be a surprise if audiences get the chance to head back to zombie-ravaged Korea one more time. 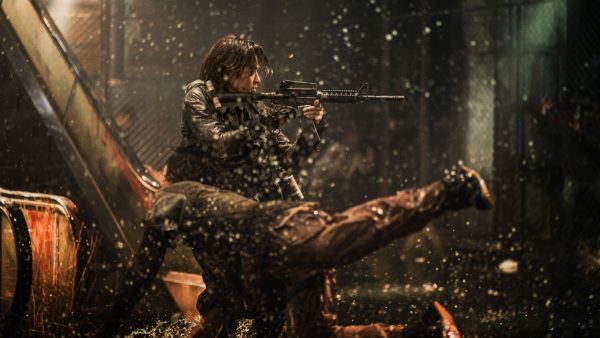