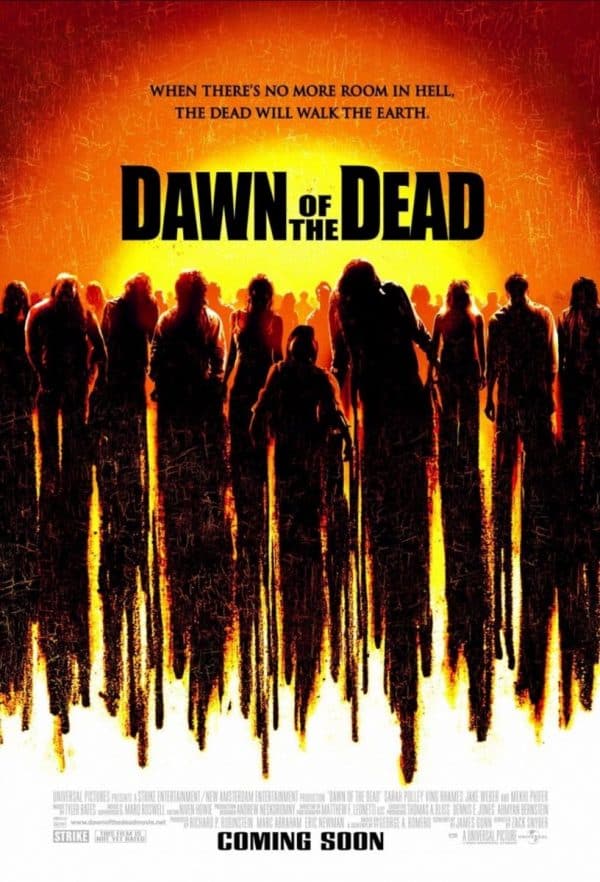 When the dead rise from their graves to attack the living, a group of survivors barricade themselves inside a luxurious shopping mall. As the undead masses grow, the survivors quickly find that their new sanctuary has become their prison. 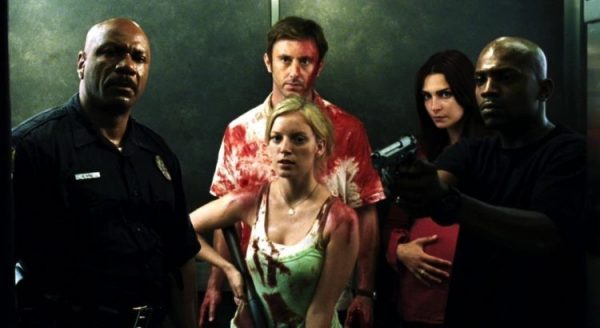 The late George A Romero’s 1978 classic Dawn of the Dead (which I reviewed back in what feels like 1978) is often cited by fans as one of, if not the, best zombie films ever made. But Hollywood, much like the undead hordes, has a habit of resurrection. So in 2004, they decided to dig up and remake the iconic classic for the modern age with Zack Snyder’s Dawn of the Dead.

In comparison to the original, this version of Dawn of the Dead is much more action-heavy. Beginning with apocalyptic chaos, shifting into an extended siege before culminating in a bullet-riddled escape in which our survivors channel their inner A-Team to re-fit buses with battering rams and barbed wire to mount an escape. The set pieces are fast-paced and furiously fun, the bullets and zombie brains spraying across the screen left, right and centre. The opening depicting the beginnings of the apocalypse is an early high point, showing a quiet suburban neighbourhoods descent into chaos, with screams echoing down the streets, homes burning, ambulances tearing around the roads and explosions aplenty. And to cap it all off, we have a brilliant opening credits sequence depicting the collapse of the world to the tune of Johnny Cash’s apocalyptic ballad “The Man Comes Around”. 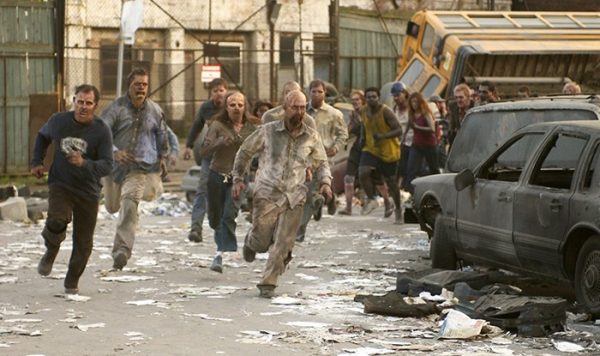 The cast is much larger this time around, and while the actors deliver solid performances (especially Sarah Polley, Ving Rhames, Jake Weber and Mekhi Phifer), it’s too large for those outside the principal players to leave much of an impression, aside from Ty Burrell’s delightfully douchey Steve. Rhames, in particular, emerges as the film’s ace in the hole as Kenneth, a no-nonsense cop who might as well have a shotgun welded to his hands. Blasting his way through zombies with such speed and ferocity that he could probably end the apocalypse single-handedly. We also have some welcome cameos from some of the original films cast, with Ken Foree stealing the show as a fire and brimstone TV preacher who, as he did in the original, utters the immortal tag-line “When there’s no more room in hell, the dead will walk the earth.”

Dawn of the Dead marks the directorial debut of Zack Snyder (back when he was allowed to release his films as intended) and its a strong start to his career. Snyder’s direction is confident and assured and featuring many of the visual flourishes that would become his trademarks like his use of slow-motion that adds dramatic heft to action sequences. Although Snyder is guilty of overusing it to the point of absurdity, such as a scene of someone smoking a cigarette in dramatic slow motion. And once he finds a motif he likes, Snyder will flog that horse good, such as a dramatic propane explosion which he uses twice in the same action scene or his overabundance of dramatic off-screen gunshots. 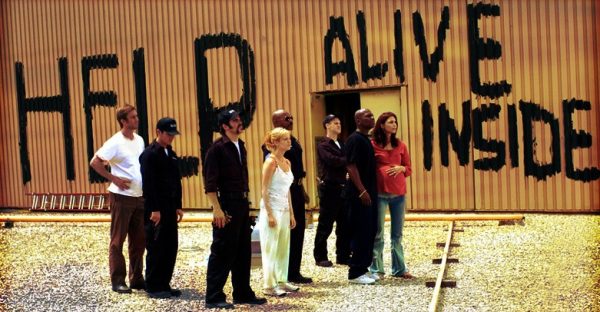 The scares are heightened this time around, although it is guilty of falling into the trap of loud jump scares and fake-outs, like a spooky growling shadow being revealed as an adorable little dog. It’s a minor annoyance though, with most of the scares still effective at getting the pulse ticking up a notch. The “birth” of a zombie baby is a memorably disturbing sequence. One that soon becomes rather tragic as Polley is forced to kill it.

The film is also surprisingly funny with a few moments of humour sprinkled amongst the horror, such as a shooting game where a marksman kills undead celebrity lookalikes and a montage of mall-based shenanigans set to a jazzy rendition of “Down with the Sickness”. Rhames and Polley especially prove themselves to be dab hands at the deadpan one-liner. Although, Ty Burrell takes the cake, mainly because of his sarcastic joke about sailing to an island is adopted as a legitimate escape plan.

While the film is fast-paced, funny and full of action, it is missing the social commentary that made the original so interesting. The zombies spend most of their time outside the mall, so the satire about consumerism is gone, the setting really only used to signify this film as a remake. Although, an ironic remark that ‘America always sorts its shit out’ is one that has aged like a fine wine and packs more of a punch now than it did in 2004. What is also a tad frustrating is that many of the set pieces only happen because one character makes a monumentally stupid decision, such as risking their lives to save a dog even though the zombies don’t eat dogs. These are minor quibbles, but they do sometimes come off as a lazy clumsy way to move the plot along and thin the cast out. 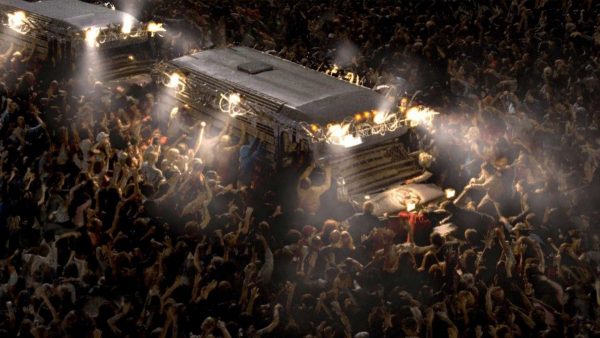 Thanks to a much more action-packed take on the familiar story and with a strong cast, Zack Snyder’s Dawn of the Dead while perhaps not as strong or satirically sharp as the original, can definitely claim to be one of the better horror remakes out there, if not, one of the best. Check this one out.