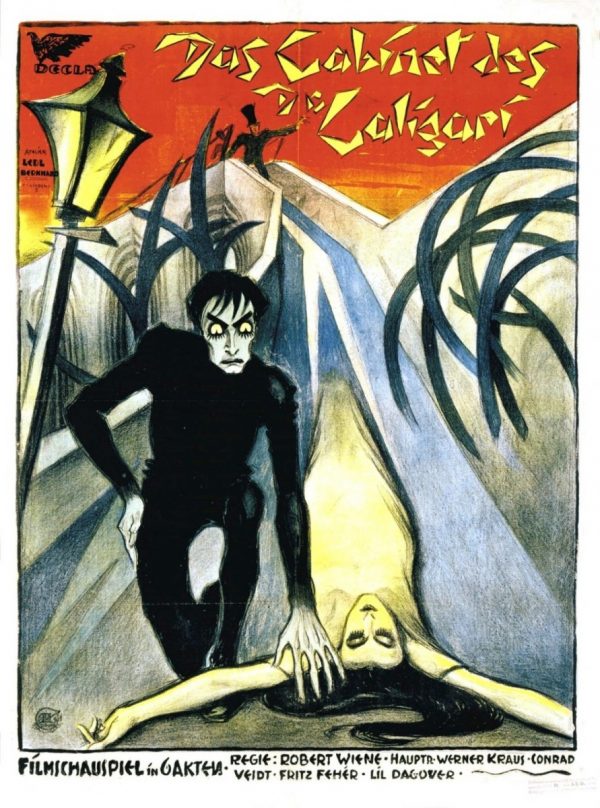 A mysterious and apparently insane hypnotist named Caligari uses a somnambulist to commit a series of grisly murders. 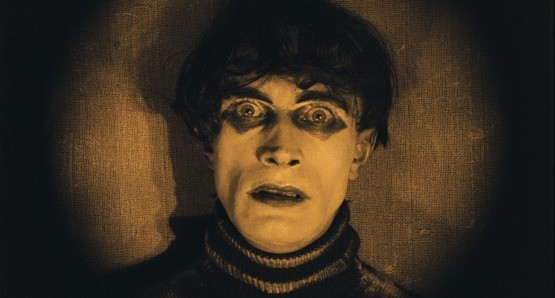 It’s October 1st and time for Flickering Myth’s annual month-long look at all things horrific that is October Horrors. And no, I still haven’t managed to come up with a better title for this series. As always we have a packed year filled with zombies, cannibals, serial killers and vampires to name but a few of the ghoulish guests who will be joining us this year. So without further delay, let’s kick things off with a look at what is often considered among the first horror films ever made; Robert Wiene’s The Cabinet of Dr Caligari.

Given that the film is 100 years old and with everyone involved in its production long since passed, there are no clear answers as to what Caligari means. However, that hasn’t stopped critics and academics from attempting to figure out what the makers were trying to say. Interpretations are varied, but some do stand out for their historical context (and I love me some historical context).

These discussions often focus on the notion of the film being a commentary on the anxiety felt in German society at the time. The country still reeling from defeat in the First World War and having to cope with the harsh terms of the Treaty of Versailles that forced Germany to accept blame for the conflict. The most controversial reading of the film is that it suggests a desire in the German people to be ruled by a dictatorial figure. This reading that has often seen the film unfortunately linked to the rise of Hitler and the Nazis, who, like Caligari, would attempt to brainwash the German masses to do their evil bidding. 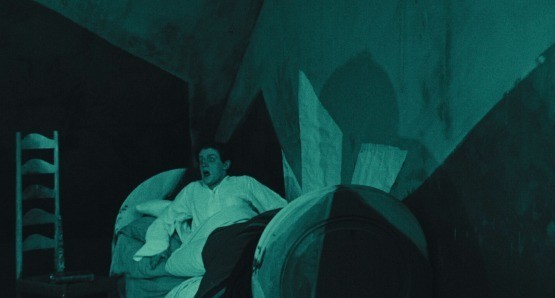 The various differing opinions about what the film means might be interesting to debate, however, their hogging of the critical limelight can often risk obscuring the film itself. Regardless of what it all means, The Cabinet of Dr Caligari is, in the end, just a horror film, albeit one of the most important and influential in cinematic history.

The film’s macabre set designs and dark visual style set the benchmark for what came to be known as German Expression, a unique and distinctive style that would influence filmmakers for the next century, with shades of it appearing in the likes of the 1930s Universal horror films such as Frankenstein and much more recently the Gothic infused films of Tim Burton.

The distorted visuals create an eerie atmosphere, letting us view the world through the eyes of a madman. His warped mind bringing to life a world of misshapen cramped houses and arched angular streets that often blend into the buildings themselves or stretch out into the background almost like a cliff edge. It’s a distorted view of the world with the creative (and crazy) set design often leaving you unsure as to what exactly you’re looking at. 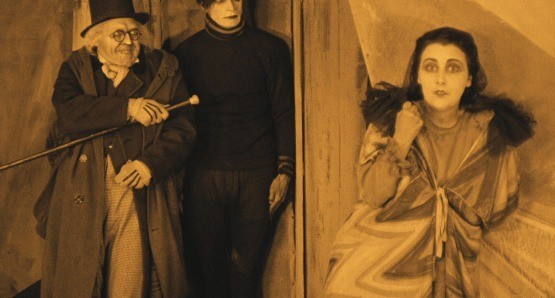 With The Cabinet of Dr Caligari being a silent film, of course, the performances are based entirely around exaggerated physical gestures and body language. While the acting found in silent films might seem over the top and laughable by modern standards, the reliance on physical performances is perfectly suited to such a bizarre work like Caligari.

While Werner Krauss plays on the title role, the spotlight is stolen by co-star Conrad Veidt as Cesare, the unwitting pawn Caligari’s homicidal games.

As Cesare, Veidt gives an enigmatic performance that is based less around grand gestures but on careful subtle movements of his face and eyes. The scene when Cesare first “awakens” is a terrific display of Veidt’s abilities, his small facial twitches and the creepy way his eyes gradually open giving way to a piercing chilling stare.

Another terrific and terrifying display of Veidt’s prowess comes when Cesare, about to murder a woman, experiences a brief moment of self-control and appears to have a change of heart. However, this proves short-lived as the woman awakes, and as she screams, Cesare turns into a vicious animal, Veidt contorting his face into a monstrous snarling grin. 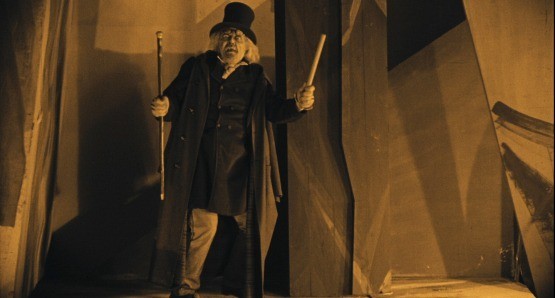 While the film might be of significant historical importance, as a piece of entertainment Caligari is much more of a mixed bag. The hypnotic nightmarish approach of the film is brilliantly realised by the performances and visuals. But, it does move at a painfully sluggish pace which makes its sparse 74-minute runtime feel much longer, and I must confess that it did leave me feeling a tad bored at times.

With dark visuals, a macabre atmosphere, creepy performances and complex themes, The Cabinet of Dr Caligari, even after 100 years, deservedly remains one of the most iconic horror films ever made. While it might be a bit too slow dated and weird for modern audiences, I would still recommend that every horror fan seek out this film to witness to the birth of the genre we all love.