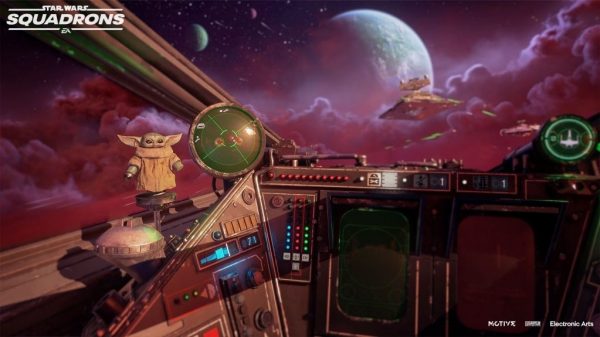 With the hotly-anticipated second season of The Mandalorian set to premiere on Disney+ tomorrow, EA has announced a free DLC for Star Wars: Squadrons which brings a number of Mando-themes goodies to the hit space combat video game.

The ‘Mandalorian Supply Drop’ brings new holograms, decals and dashboard flair, allowing you to customise your cockpits with the likes of the Razor Crest, IG-11 and a ‘Mysterious Creature’ – a.k.a. Baby Yoda! 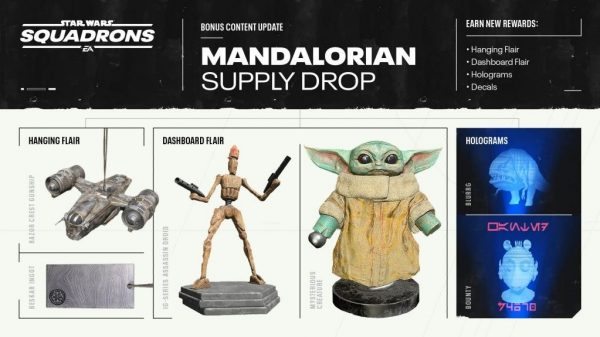 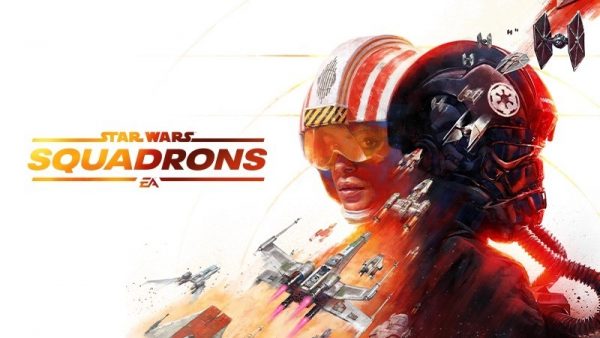 The Mandalorian DLC is available now on Star Wars Squadrons, while season two of the show premieres on Disney+ this Friday, October 30th.