With a little over a week to go until its arrival on Shudder, the streaming service has unveiled a poster and trailer for the anthology horror feature The Mortuary Collection. 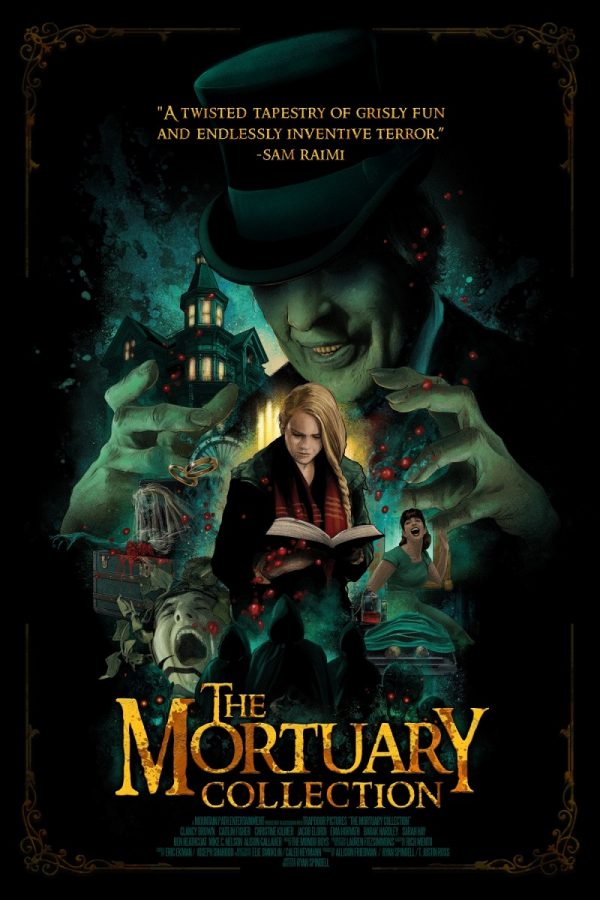 When a young girl attends a funeral in an old mortuary, she stumbles upon a secret room full of curiosities where she meets the towering, ominous mortician. He guides her through his collection, sharing four stories of wild, unique, and memorable deaths. Thus begins the narrative skeleton surrounding this delightful, morbid, and clever anthology.

Each of the four stories brings us into a fully realized, impeccably designed period piece, moving chronologically from the 1950s through the 1980s. A ‘50s housewife struggles with a mysterious presence in her bathroom; a ‘60s college boy gets a taste of his own fraternizing medicine; and a ‘70s husband makes some tough decisions about his wife — all culminating in the ‘80s-set The Babysitter Murders (which writer/director Ryan Spindell previously won Best Director at Fantastic Fest for).

With a vibrant variety of tones and timely themes, The Mortuary Collection is a wild ride that showcases a balance of humor, terror, squirm-inducing moments, and the ability to completely pull the rug out from under the audience.

The Mortuary Collection premieres on Shudder on October 15th.