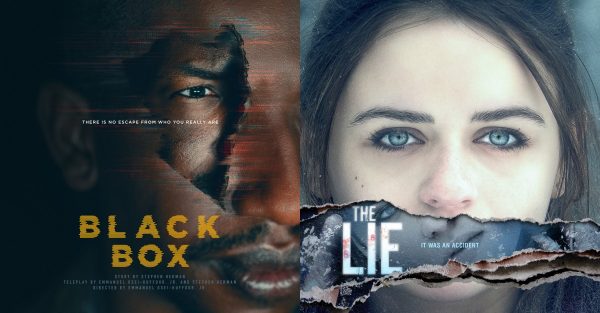 Welcome To The Blumhouse is a new anthology series from the horror powerhouse Blumhouse. The first two films in the series are Black Box and The Lie.

Join our critic EJ Moreno as he reviews both films; he’ll discuss what works in Black Box, a techno-horror film about finding your true self, and he’ll discuss why The Lie works on its own but not for this horror series.

Black Box – After losing his wife and his memory in a car accident, a single father undergoes an agonizing experimental treatment that causes him to question who he really is.

The Lie – When their teenaged daughter confesses to impulsively killing her best friend, two desperate parents attempt to cover up the horrific crime, leading them into a complicated web of lies and deception.