Marvel revisits its superhero civil war this coming week with the release of Civil War: Marvels Snapshots #1, and we have the official preview of the issue for you here; check it out… 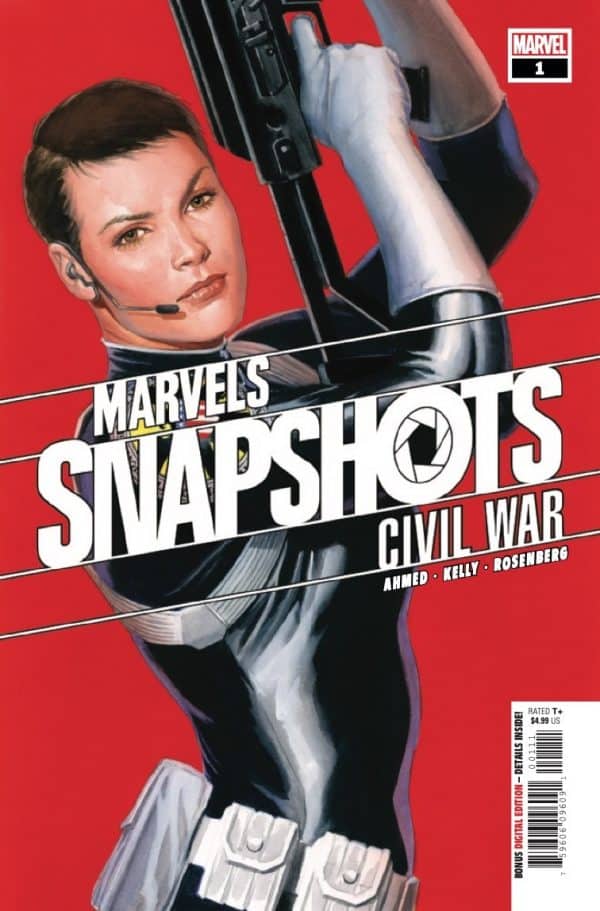 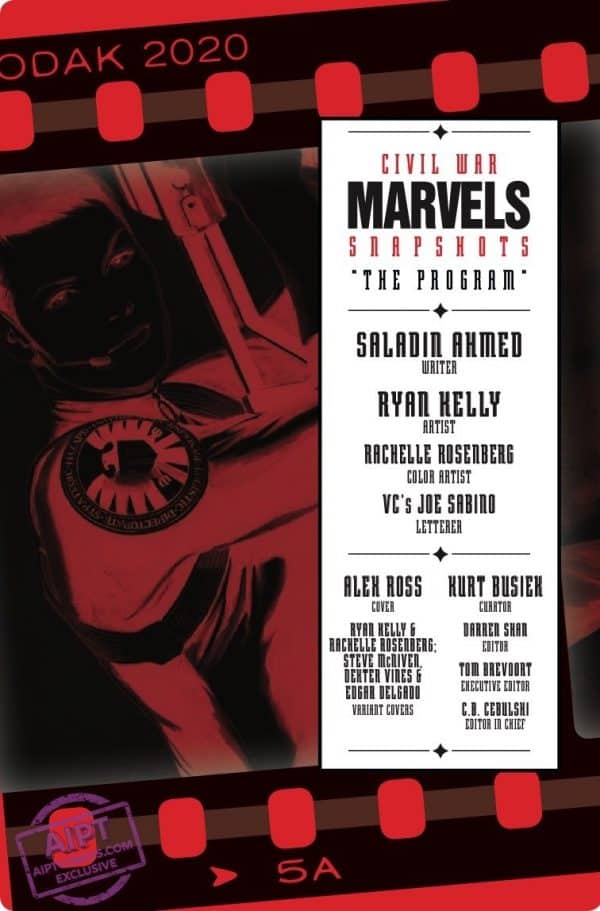 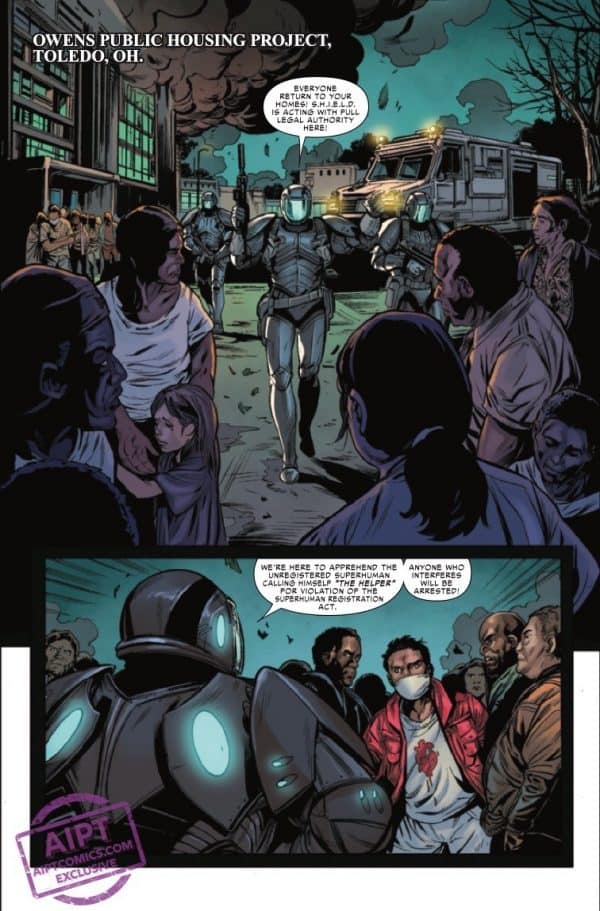 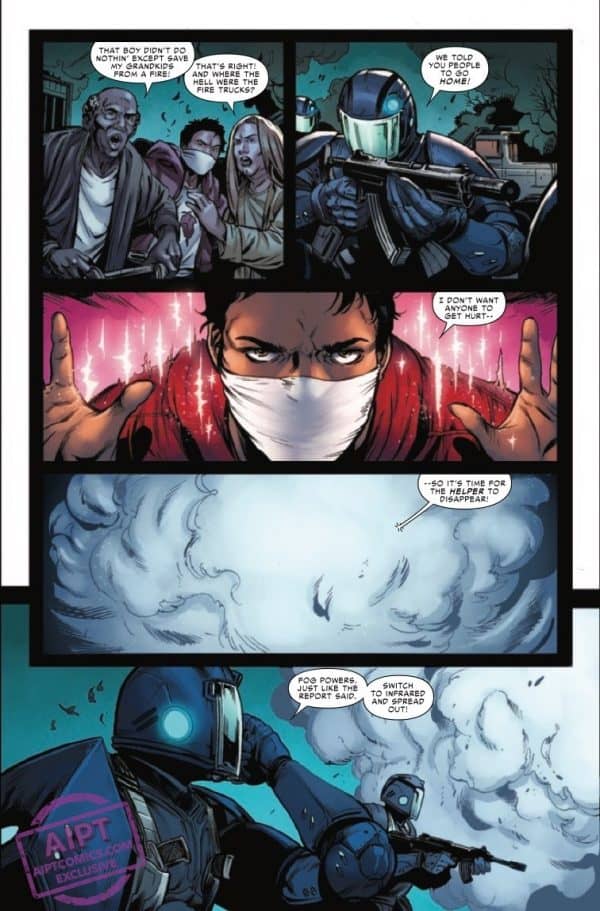 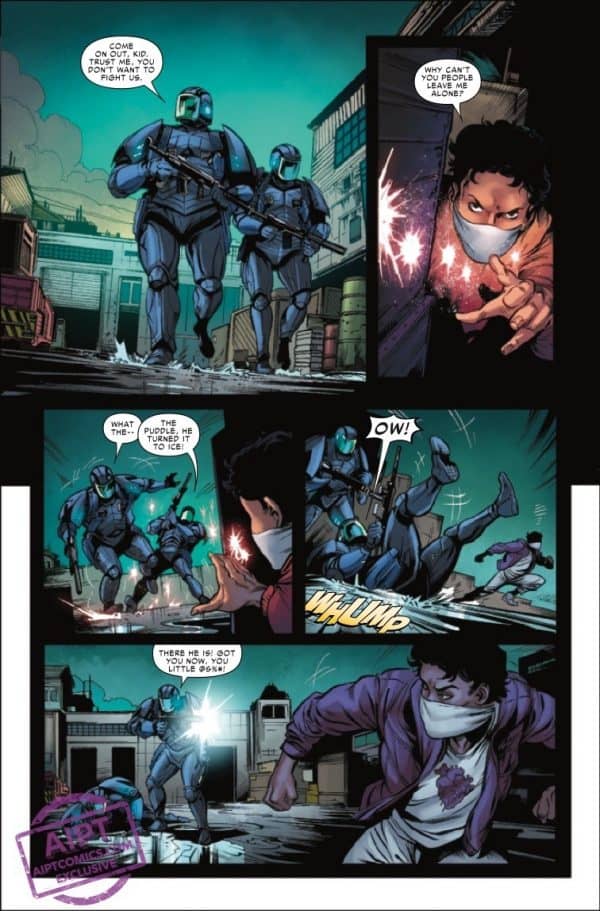 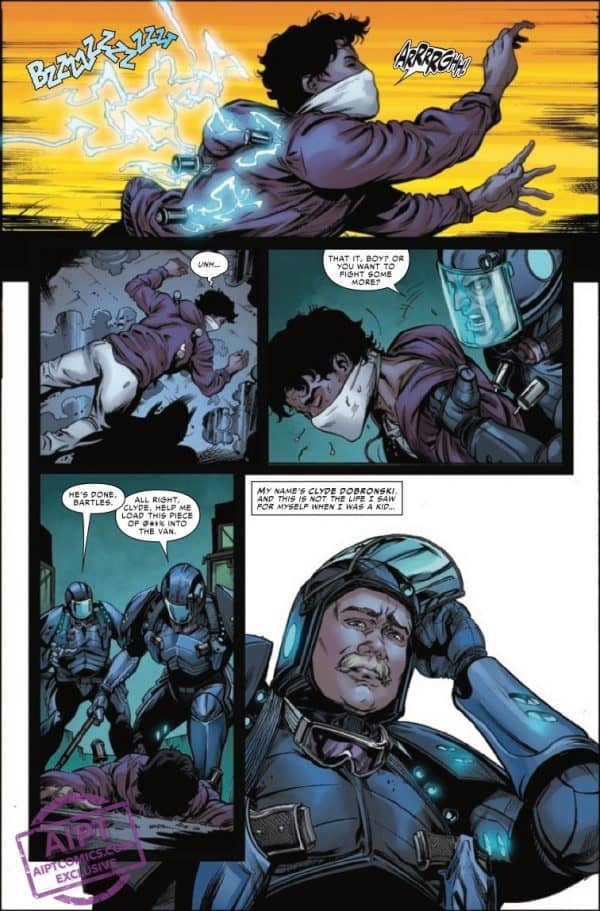 In the heart of the Civil War event, a human story unfolds. A S.H.I.E.L.D. agent, doing his best to do the job with honor – but is that possible anymore? A young, low-level super hero, trying to help his neighbors – but that’s not even legal any more. The two come together in a story that’ll test their commitment, ideals, hopes and dreams, by Hugo-Award-winning writer Saladin Ahmed (Miles Morales: Spider-Man, The Magnificent Ms. Marvel) and artist Ryan Kelley (Lucifer, Stranger Things). Featuring Captain America, Giant-Man, Maria Hill, and more.