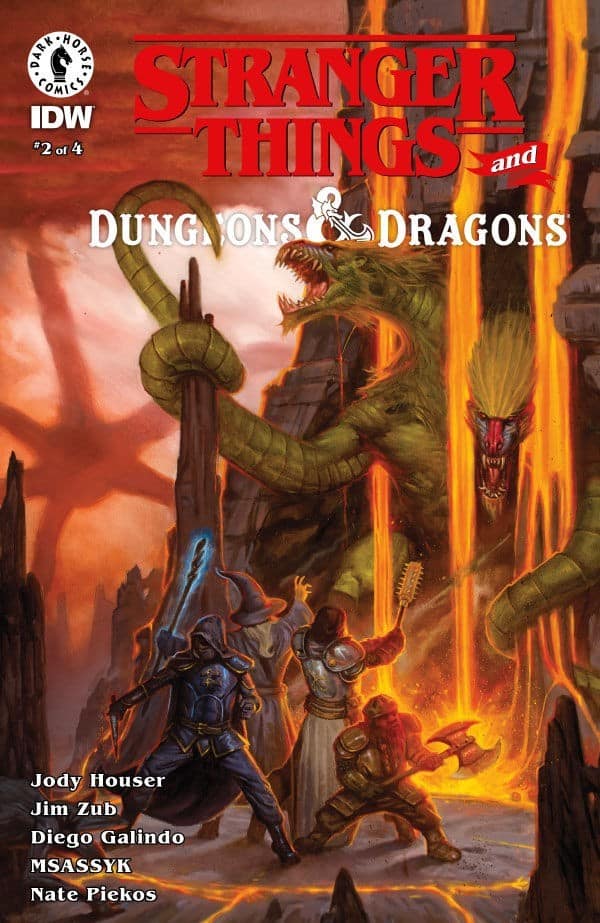 The first issue of Stranger Things and Dungeons & Dragons certainly focused a lot more on the later half of the title’s second element, and come the start of the second issue, the story in Hawkins has progressed a lot further than I had imagined it would. The events of the TV show’s first season have come to pass, and we pick up with our adventuring party in the weeks after the season one finale.

The adventure certainly plays out a lot more like a Stranger Things story, rather than “a game within a story, within a comic book, within a TV show”; it starts to resemble Inception when you delve into it.

We have the consequences of Will returning from The Upside Down, where everyone is still pretending that normal is still a thing and the event prior to Will’s disappearance were not a lifetime ago. Mike is having a crisis of reality in a way and the issue focuses on him as a friend, Dungeon Master and even him as a younger brother.

The issue he faces is trying to capture his friends’ imaginations and still make the world of D&D more creative than the real horror they have been confronted with. The boys are desperate to get back on with being boys, yet Mike can’t help but feel he needs to make Will feel less of a victim and more of the hero. 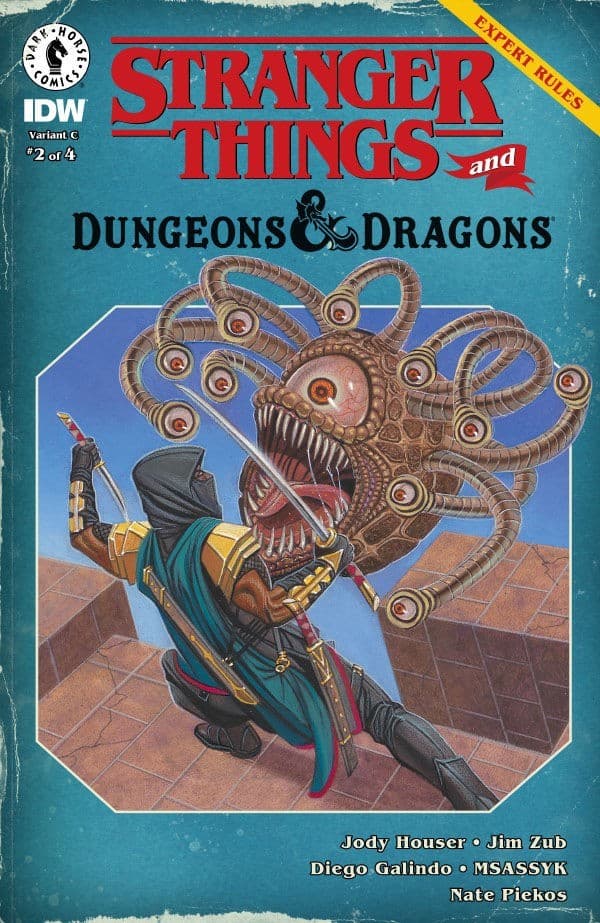 The later stages of the issue have him trying to employ strategy and thought into the game. How can he manipulate the characters into having Will as the powerhouse in a boss battle, when he is usually a ranged magic-wielding support character? His conscious tells him that he cannot tell the guys how to play the game, as he knows that putting them on rails will eliminate the adventure, exploration, and enjoyment.

This is a complex piece of story, where a boy reaching his teenage years has discovered that there are genuine monsters in the shadows. What can he possibly throw his friends’ way in a fantasy game that will be scarier than the real life horror they have came face to face with?

The artwork in the issue has amazing likenesses of the young characters, before they started to age in real life between seasons. Having a TV show to pull the locations and character designs from is handy, but managing to transfer them over in an entirely believable way, while injecting personality into the character models – that is impressive.

The art doesn’t delve into the fantasy elements too greatly in this issue, and is instead used to recap previous events while displaying conflict and uncertainty going forward. I am interested to see where we go next – will there be another time jump between issues or will we find out more between seasons one and two?