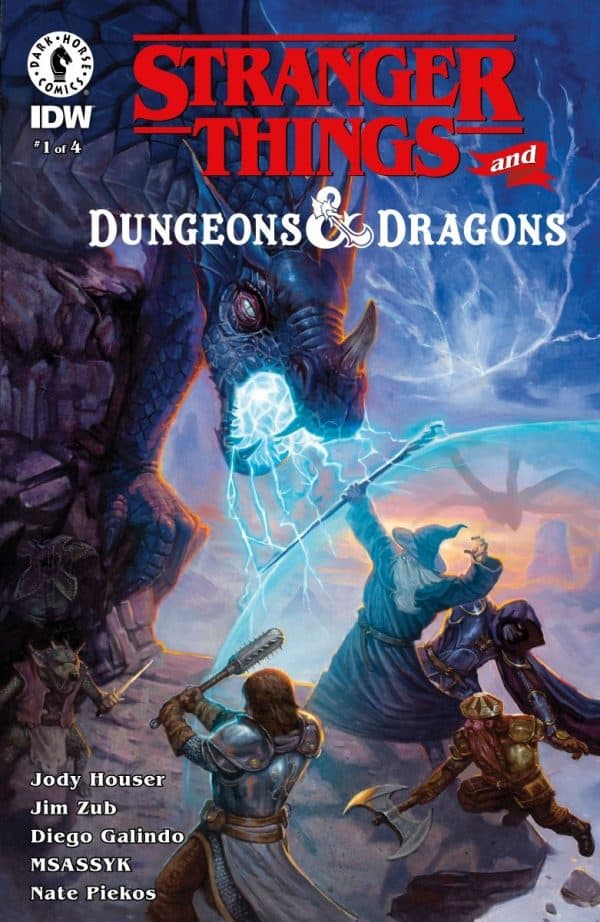 Stranger Things and Dungeons & Dragons is an interesting blend of story and basic explanation. The world of Stranger Things is well documented in TV and comics, and the world of Dungeons & Dragons has been going since the 70’s with no sign of stopping. The two blend together here to tell us the origin stories of our intrepid heroes and the adventures they band together to explore, all taking place before the events of the Netflix TV series.

The opening issue tackles the same problem any Dungeon Master has in the first session of D&D: the DM wants to manipulate the players into coming to one central point to get them to move forward as a unit. The same thing happens in this story, where the famous four do not start the adventure together. In fact, the introduction of Dustin does not happen until the later stages of this issue.

The group of scrawny bullying victims are sold on the idea that there is a game that puts them as the heroes – why would a child not be in love with that idea? The ability to right the wrongs, or even be the dark and twisted anti-hero they wish they could be. The theatre of the mind allows the boys to delve into their inner ambitions while fighting for glory, riches and power. 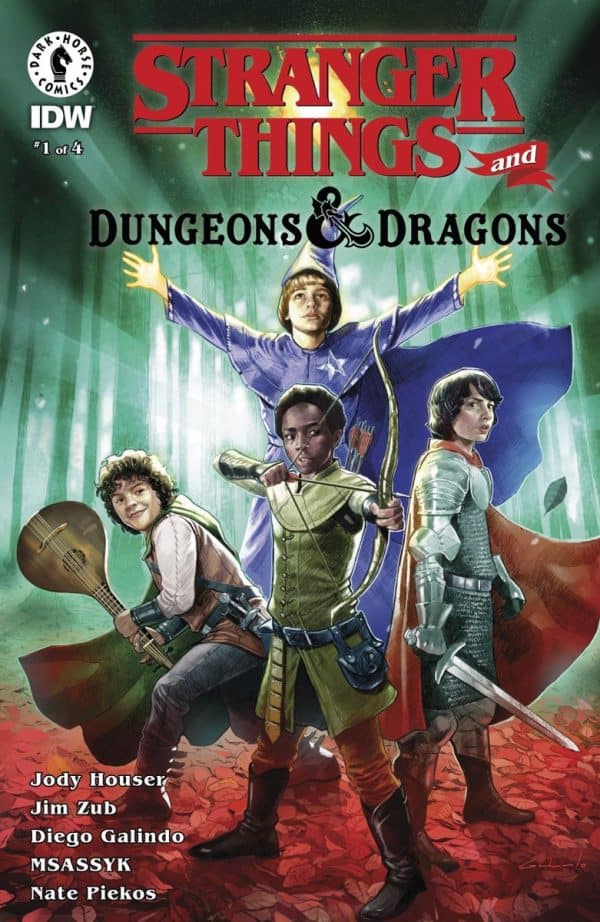 Stranger Things and Dungeons & Dragons #1 is a wonderful; the story is more focused on the boys rather than the supernatural elements of the TV show, so if you come expecting the Upside Down and other things, then you are not going to be happy. Though the adventures of these characters could be a great stepping stone for properly setting up the first series of the show.

I look forward to more of this bizarre mix of intellectual properties; the concept sounds insane and yet I very much enjoyed the story presented so far. Roll on the next issue…