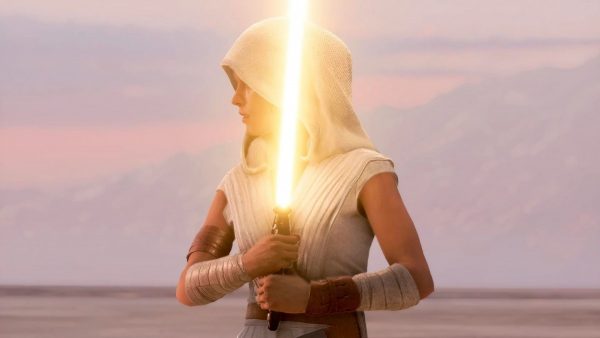 During a promotional interview with IGN to discuss her upcoming film Chaos Walking, Daisy Ridley was once again asked about the possibility of another Star Wars outing, and while she didn’t definitively rule out a return to the galaxy far, far away, the actress did state that she was “totally, totally satisfied” with the conclusion to Rey story in Star Wars: The Rise of Skywalker.

“I think for me the beauty of Episode IX is it ends with such hope and such potential. I just feel like that was Rey’s perfect ending,” said Ridley. “The big battle was in Episodes VII, VIII, and IX. I think really she’s probably running around the forest somewhere having a great time. I feel totally, totally satisfied with how that story finished. I just don’t know what else she could do that I didn’t have to do. Also, there are so many amazing characters in Star Wars, that it’s sort of an amazing thing. I was watching the new episode of The Mandalorian, and it’s just like the places it can go beyond even where it is now is so exciting.”

One would have to assume its only a matter of time until Disney and Lucasfilm revisit the Sequel Trilogy era and its characters, even if it isn’t in the immediate future. What are your thoughts? Would you like to further explore the adventures of Rey Skywalker? Let us know on our social channels @FlickeringMyth… 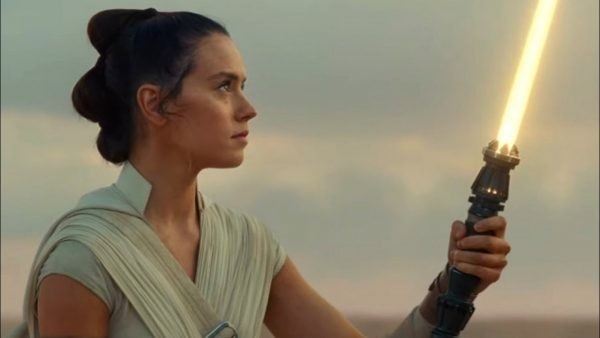