When you think back to childhood, some memories remain vividly clear. This can extend to movies of memories that lock themselves into your memory banks without much being re-imagined by your mind. Certain films, like Star Wars always remained so clear to me, and were so present and iconic throughout my childhood (and still are). Remembering it, and very detailed specifics, and ordering memories in the right episodic compartments (Episode 4, 5, 6) was simple. Add in films like Labyrinth, where I know each character, song, and the route Sarah takes to get through the Labyrinth. 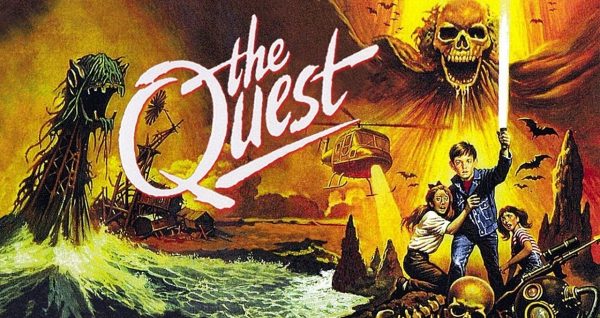 The mind is a funny thing though, and at a certain point in time your ability to capture memories with clarity (over those foggy half memories from very early years), is such that you’re a veritable memory sponge. As such in that constant ingestion of new information, moments and memories, some things can get lost, buried, or doctored by an impish part of your subconscious. Somewhat famously, the Mandela effect (a false memory) which can somehow infect groups, inserted a film into cinema history with mid-90’s comedian, Sinbad starring as Shazam. Many people distinctly remember it, notably the artwork. I also remembered it…thing is…the movie never existed. This may well be conclusive proof that we’re in the Matrix, but more likely, is that something indeed has spread somehow, based off very little. Strange though, as it was one I had memories of seeing in the video shop, in passing (because I never was particularly enamoured with Sinbad).

More personal to me was a long standing belief that there was a sequel released for the much maligned Mac & Me. Indeed, as far as hazy recollections go, I recall enjoying the film back in the day. I knew enough to know it was no E.T, but when I saw it again as an adult, I recall being bewildered by how ridiculously bad the film is. More hazy memories, from a less discerning young mind, that develop like mushrooms over time, to the point you expect a decent film when you go to re-watch a childhood film. As for the sequel? Well, it did appear to be on the cards for a time, or perhaps promised prior to the film actually coming out and performing poorly. It was promised at the end, but I have memories again, of artwork. Maybe in a magazine somewhere, a trade ad, who knows. My long time assumption had always been that it got made and I was never that bothered to see it. It never got made though, to my surprise upon being left scratching my head in the early days of IMDB, and being unable to find it. 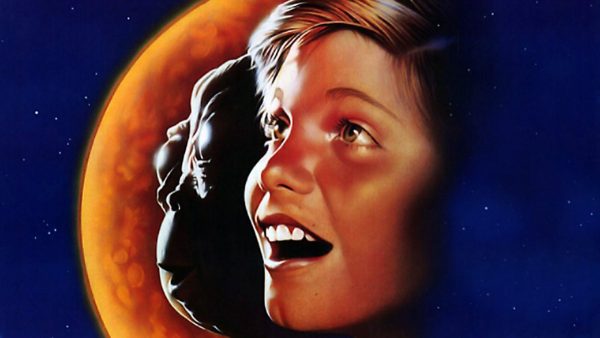 The mind plays tricks. Another example of remembering something as a lot more impressive than they actually were, was a series of Cannon produced, Italian made fantasy epics starring Lou Ferrigno. Back in the day I was in awe of Lou, among many other muscular and larger than life contemporaries like Arnold and Sly. When watching Hercules 1 and 2, or Sinbad and the Seven Seas at 7-8 years old, I thought they were the bees knees. Big, fantastical, epic, impressive. For 15 or so years after first seeing them, until catching them again (after raiding a burgeoning eBay for, then, rare copies), my mind was elaborating on key moments. I remember Hercules fighting a bear (it was a man in a shit fancy dress bear outfit), mecha creatures, growing into a giant, turning into an animation and fighting in the cosmos (this kind of does still look cool, albeit way more basic than I remember), or in Sinbad, fighting undead skeleton soldiers, dealing with deadly piranha.

After re-watching them, I still enjoyed them but in a different way, in a so bad they’re good kind of way. Everything looked kind of cheap and flimsy. The films were clumsy and awkward (in each case, directed by well known Italian horror directors, perhaps out of their comfort zone without license to up the gore). Likewise it would seem my mind decided Sinbad’s battle with the undead wasn’t quite impressive enough, and went as far as splicing Harryhausen’s skeleton battles from Jason and The Argonauts into my memories of the film. The Piranha’s of doom also happened to be, quite obviously, sock puppets. I did begin to wonder, if in my younger days, I was snorting lines of sherbet dip before pressing play on my VHS player. 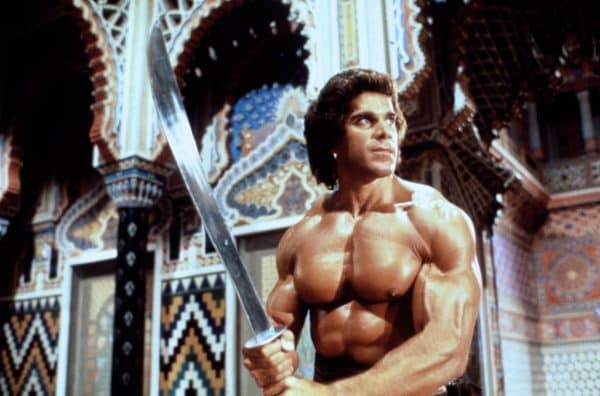 I have many memories of being allowed to watch gruesome films I shouldn’t have back in the late 80’s, early 90’s. My dad left home alone with a video rental and unable to shake myself and bro loose, so we’d watch Die Hard, Predator, Aliens, Amsterdamned and more. Then the hazy stuff. Memories of vague points within films I have little other recognition of, not least anything close to a title. Chainsaws being wielded and all manner of surreal gruesomeness for an unnamed video nasty I’ll probably never find (because lets face it, chainsaws in 80’s video horror, were a dime a dozen).

In a slightly less gruesome memory, were moments from a film I was sure existed, but for years, as certain memories dwindled from it, and failing to recollect enough info, I began questioning my sanity. My brother also, who recalled it even more hazily than me (as he is also 3 years younger). I recalled a kid on a kind of quest, a makeshift bike ridden on a train track, him eating some strange insect (a witchetty grub) and some mechanical creature under a lake. For years we wondered what it was without any luck. This was all pre-Google, then you forget it for another decade, half heartedly look again. Then recently we discovered it, The Quest (or Frog Dreaming). 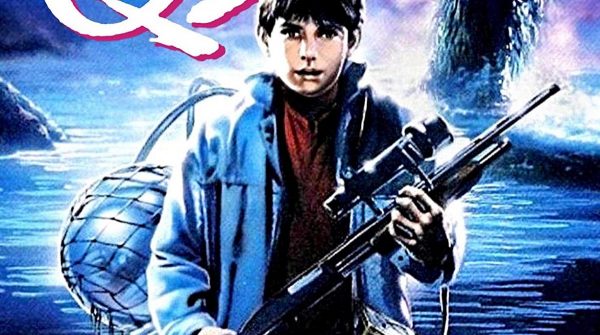 Perhaps we should have remembered a key point, that it starred Henry Thomas, only a few years after E.T. Upon watching it again, some of those moments I had such clear memories of came back, as did those which I had more foggy recollections of. Interestingly, the film holds up well and kind of plays on the idea that life always has a rational explanation for things that seem strange or irrational. There’s always a logic and a reality that belies a fantastical notion…and then oddly, in a total about turn right at the end, the film pulls the rug out and does the complete opposite. Still, the film had that great sense of childhood determination and rebellious questing that was so prevalent in that era of cinema. There was also a sense of relief in finding something that I recalled, that wasn’t a fantasy.

It also happened a few years prior to that with a memory I had of an old cartoon I’d often wonder about. It got to the point my brother would take the piss, claiming I’d made it up. The insane fantasies of a loon. The memory stemmed from an old video rental van that used to do the rounds (oh the days…video rental vans…glorious). The cartoon had a hero very reminiscent of He-Man, who had a sidekick who looked like Chewbacca and fought a villain that had a rotating head with three different faces. As it transpires I was right (I took great delight in providing the proof too) and that cartoon was in fact, Thundarr the Barbarian. It preceded He-Man by a year. Oh, and it wasn’t nearly as good, but the vindication will do. 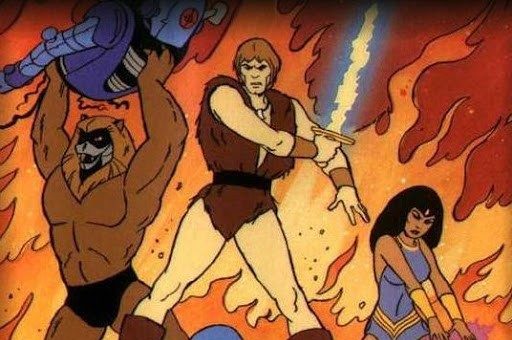 What are your hazy half remembered memories of films? Anything you finally rediscovered after years, and did it live up to your memories? Let us know on our social channels @flickeringmyth.