Rebellion has announced the release of a limited edition re-issue of Block Mania, the classic board game based on the world of Judge Dredd.  This re-release of the classic two-player game set in Mega- City One also features the Mega-Mania expansion set which gives block residents more reasons for Judges to send them to the Iso-cubes. 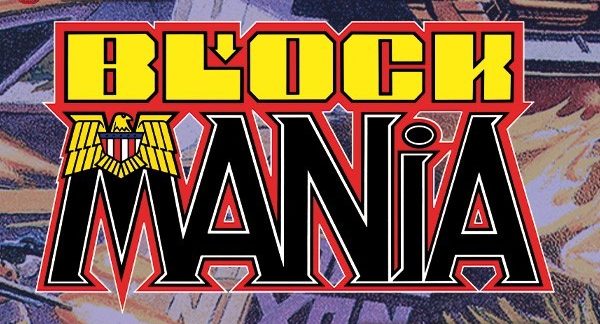 Block Mania, designed by Space Hulk designer Richard Halliwell and first released back in 1987, is a game for two players that sees them take control of residents of two different blocks as they attempt to destroy each other in an all out Block War.  Anyone who’s read Judge Dredd will know that a Block War can feature any sort of chaos, including City-Def forces infiltrating the enemy to blow it up, the use of heavy weaponry, bat-suit clad opponents and even hungry alien Kleggs commandeering Sky-Rail cars.

As mentioned above, the Limited Edition also includes the Mega-Mania expansion which features the Happy Hour expansion adding Robo-Dogs, Sucker Guns and Trip Mines to the game. 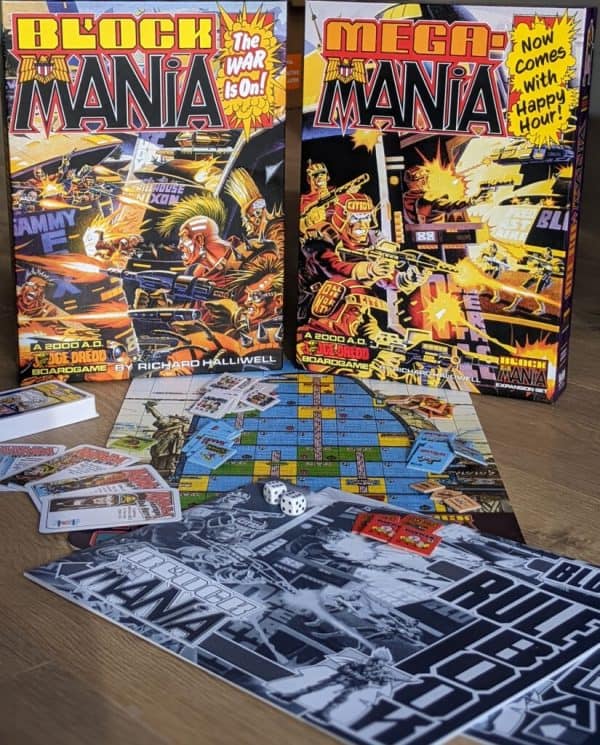 Head on over to 2000AD.com and Asmodee UK now and get the limited edition re-issue of Block Mania before the Judges take it off the shelves.