Wired Productions and indie developer Tomas Sala have announced the release of their open-world air combat game, The Falconeer on Xbox Series X, Xbox Series S, Xbox One and PC.  As a launch title for the Xbox Series X/S, The Falconeer merges intense dogfighting and acrobatic aerial combat with a sumptuous open world that will really capture the attention.  See more of this breathtakingly beautiful open world in the game’s launch trailer below… 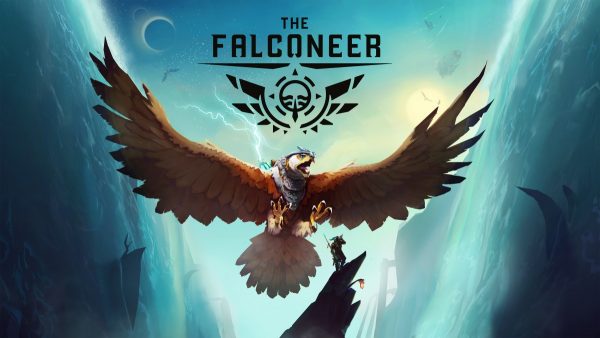 In The Falconeer players will go on a journey through the skies of the beautifully created open world of Great Ursee.  Riding upon the back of a giant bird of prey players will weave in and out of floating structures and perilous obstacles and experience classic dog-fighting against a bestiary of fantastical enemies, including War Falcons, Weaver Dragons, Mantarays and Razorbeetles.

Take part in fast, brutal combat with a variety of devastating ranged weaponry and perform amazing acrobatic moves to take out enemies from the various factions fighting for control of the secrets that lay hidden at the Great Ursee’s sunken ocean depths.  Explore a world that exists both above the clouds, on the surface and below the waves where treasure, secrets and lost technology await discovery.

“Creating The Falconeer has been a journey years in the making for me; it’s such a deeply personal game and I can’t wait for players to pick this up,” said The Falconeer creator, Tomas Sala. “Whether it’s on PC or Xbox, please take some time to enjoy the world of The Great Ursee and everything it has to offer, I’m sure you’ll enjoy it.”

“Working with Tomas on The Falconeer has been an incredible experience,” said Leo Zullo, Managing Director, Wired Productions. “Seeing first-hand his passion, his attention to design and how driven he has been to create something truly unique has been inspiring for us. The world Tomas has created is unlike any other, and we’re excited to see players explore the oceanic delights of The Falconeer.”

The Falconeer is available on Steam, GOG etc for PC and on the Xbox family of devices including the brand-new Xbox Series X/S.