Games publisher Ziggurat Interactive brings more retro titles to modern PC gamers this month as part of their Retro First Friday program.  This month there are four classic titles arriving with three first appearing in the very early 90s and the fourth making it’s appearance in the early 2000s and all are available with a 33% discount for the next week.  Scroll down to see more on these new old titles. 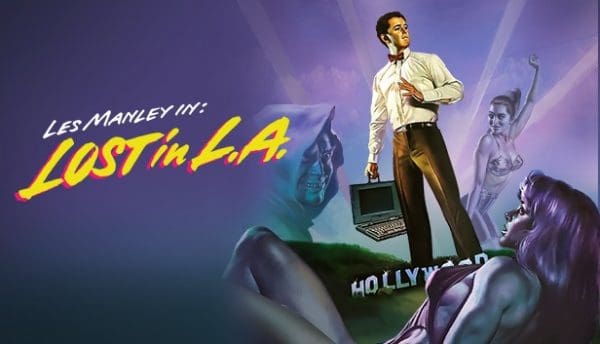 The four classic retro titles arriving this month are:

Les Manley in Search For The King – This title was first released in 1991 and my memory of it is vague (there wasn’t even a pirated copy going around in my area) though many did say it was a Leisure Suit Larry wannabe.  Despite this it did earn above average scores in the gaming magazines of the time.  This adventure follows the exploits of Les Manley, a TV station employee, who sees an opportunity to make it rich when his station offers a reward for whoever proves Elvis is still alive.  It is a campy adventure that leads our less manly hero (yes that’s the joke) through Heaven and Earth on a journey to find the King.

Les Manley in: Lost in LA – Join Les Manley once again in the sequel to the above as he searches for his kidnapped friend, Helmut the Human Bean.  Players will take Les on his adventure through the streets of LA to not only rescue his friend but a plethora of missing celebrities.

Timequest – In this interactive sci-fi adventure game from Legend Entertainment players join Zeke S. Vettenmyer, a Lieutenant in the Temporal Corps, as he jumps through time to protect the future and his own existence from the changes he has made in the past.

Hunting Unlimited 3 – This early 2000s game continues the Unlimited franchise and adds more quarry, more modes of travel and a whole new continent to explore.  Hunt down your prey on foot, by horse or even on ATV across America, Africa or Canada.

Ziggurat Interactive has over 40 classic retro titles on Steam so go and check them out. Don’t forget there’s a 33% discount available for one week.