Vertigo Games and Jaywalkers Interactive have announced a new horde mode map for their hit VR zombie shooter Arizona Sunshine taking survivors to the rundown, grungy Trailer Park.  This new map is free and set to arrive on Oculus Quest on 15th December but you can get a sneak peek in the new trailer below… 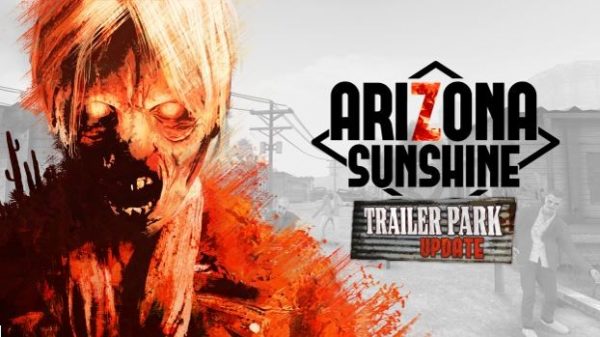 The Trailer Park map is the latest in a slew of content updates and story expansions to release for the hit VR title and will transport up to four players to an enclosed area filled with scruffy old trailer homes, back alleys and side streets.  There’s wave upon wave of undead Freddies to survive as players scavenge through the run down trailers for precious loot, and there’s lots of narrow alleys and side streets to hide down if things get too hot, be careful though as they also make good places to be ambushed.

It’s Arizona Sunshine’s fourth anniversary this December and Vertigo games are celebrating with a global contest.  For your chance to win a variety of Arizona Sunshine goodies and/or an Oculus Quest 2 headset visit here.

Get ready to return to a classic Arizona Sunshine location! The Trailer Park horde mode map will transport up to four players to a closed off-area set in a grungy lot full of scruffy old trailers. Gather your fellow survivors and watch each others’ back as you scavenge the rundown trailers for precious loot and explore the alleyways and narrow side streets in a map with many places to hide… or get ambushed.

The free Trailer Park map will be available on Oculus Quest on 15th December with a full release on PC VR headsets and PlayStation VR in early 2021.