Arrow Video has announced that writer-director Richard Kelly’s 2006 Southland Tales is set for a special edition Blu-ray release this January which will include both the 145 minute theatrical cut and the first ever official release of the extended 160 minute Cannes cut, with restorations approved by Kelly and director of photography Steven Poster; check out the cover artwork, details and trailer here… 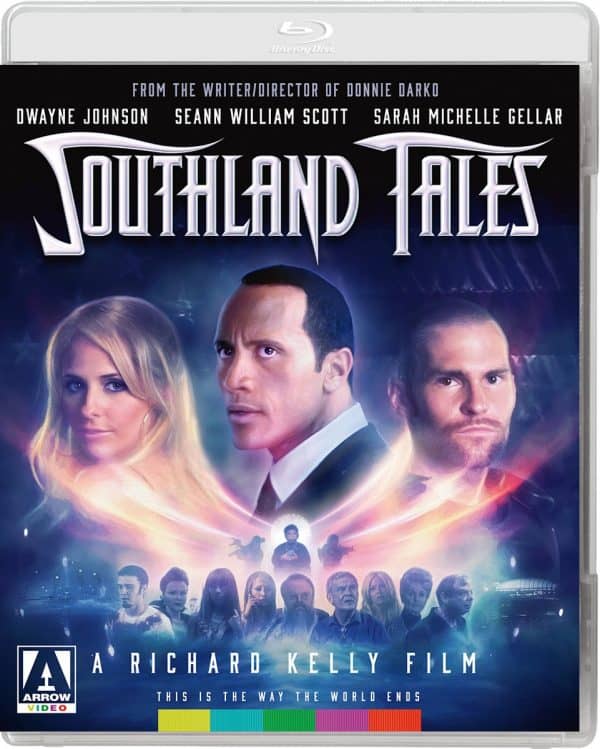 In 2001, writer/director Richard Kelly achieved cult status with Donnie Darko, an assured debut feature exploring deep existential questions through the lens of 80s nostalgia. Five years later, he followed up with a more ambitious and even more beguiling sophomore effort, in which forces of totalitarianism and anarchism collide against the backdrop of a post-apocalyptic, near-future world – the beguiling and baffling Southland Tales.

Los Angeles, 2008. As the city stands on the brink of social, economic and environmental chaos, the fates of an eclectic set of characters – including an amnesia-stricken action star (Dwayne Johnson, the Fast & Furious series), an adult film star developing her own reality TV project (Sarah Michelle Gellar, Cruel Intentions) and a police officer whose identity has split in two (Seann William Scott, TV’s Lethal Weapon) – intertwine with each other and with the whole of humanity. A darkly comic futuristic epic that speaks as presciently to our turbulent times as it did to the American socio-political climate in 2006, Southland Tales receives a fresh – and timely – lease of life with this new, director-approved restoration. 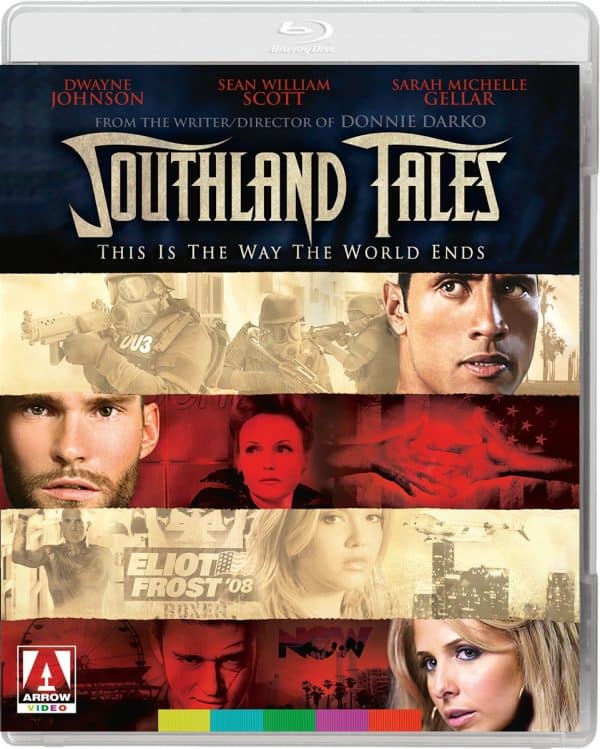 Southland Tales will come to Blu-ray on January 26th 2021.