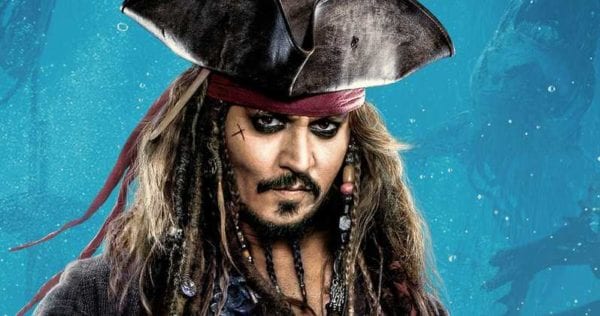 One of Johnny Depp’s most iconic roles comes from the massive Disney blockbuster, Pirates of the Caribbean. As Jack Sparrow, Depp stayed relevant in the 00s, even during some of his most polarizing films, with his turn as the drunk and fiery pirate captain. Now, it seems like he won’t be allowed to return to that role any time soon.

During an explosive op-ed from The Hollywood Reporter, the trade claims that Disney will not move forward with Johnny Depp in the role of Jack Sparrow in any future films. THR reports that Disney “balked” at the idea of Depp returning when producer Jerry Bruckheimer brought it up. The studio claimed moving forward with Depp in any Pirates film could “potentially damage” their “family-friendly image.”

This story comes after Depp recently lost a civil case against The Sun after the tabloid labelled him a “wife-beater” in a headline. Depp was also recently axed as Grindelwald in the new Fantastic Beasts and Where To Find Them sequel, replaced by actor Mads Mikkelsen.

Disney is reportedly moving ahead with a new Pirates of the Caribbean film, though it will be penned by Birds of Prey writer Christina Hodson and see Margot Robbie take on a leading role. Early rumors suggested that Depp could cameo as a way to pass the baton between leads, but as per The Hollywood Reporter, Disney nixed that idea.

There’s also another Pirates film in the works, which comes from Ted Elliot and Chernobyl creator Craig Mazin. That’s said to be completely separate from Robbie’s film but will still not feature Captain Jack Sparrow in any capacity.

SEE ALSO: Margot Robbie promises “lots of girl power” in her Pirates of the Caribbean movie

The website Change.org currently has a petition with over 360,000 demanding that Johnny Depp returns as the role of Jack Sparrow. His last outing in Pirates of the Caribbean: Dead Men Tell No Tales saw mixed-to-negative reviews and had a modest return at the box office.