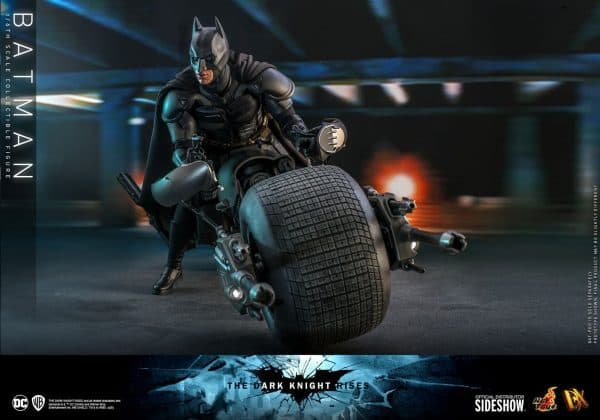 Sideshow and Hot Toys have revealed a new 1:6 scale DX Series Batman figure which is based on the appearance of Christian Bale as Bruce Wayne in The Dark Knight Rises, along with a Movie Masterpiece Series 1:6 scale Batpod, inspired by its appearance in the final film in Christopher Nolan’s Dark Knight Trilogy. The collectibles are available to pre-order now, priced at $290 and $285 respectively; take a look at the official promo images here 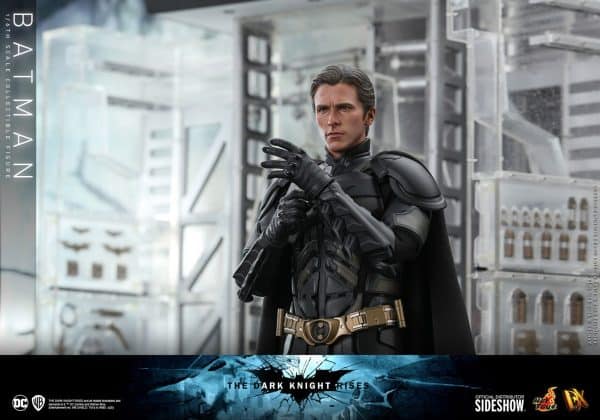 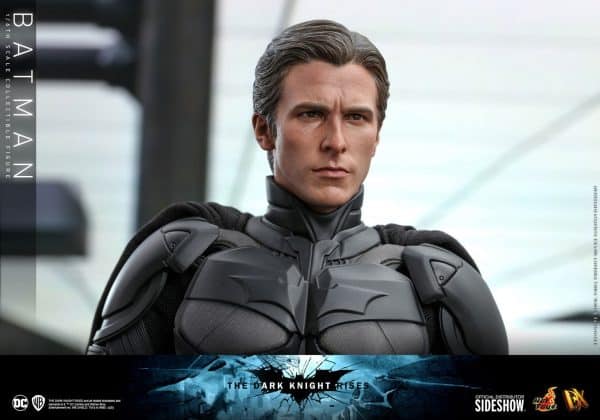 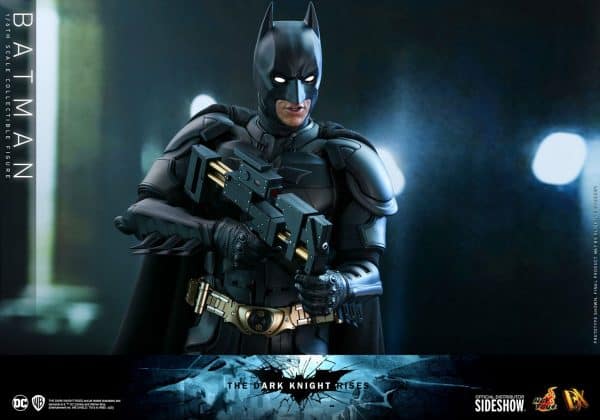 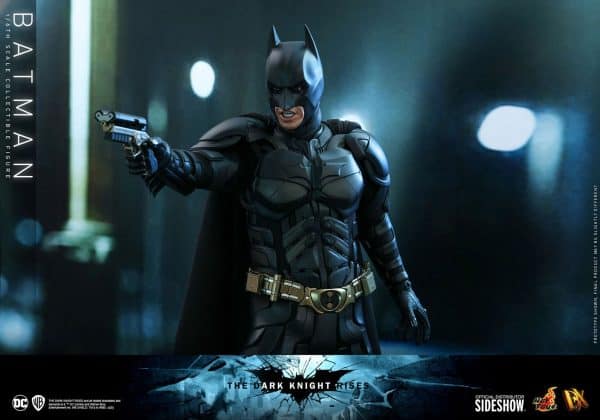 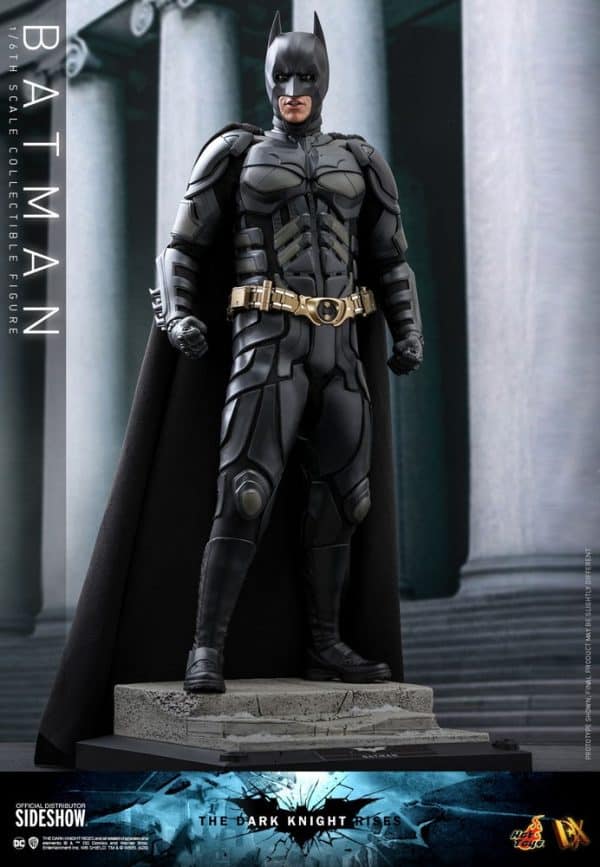 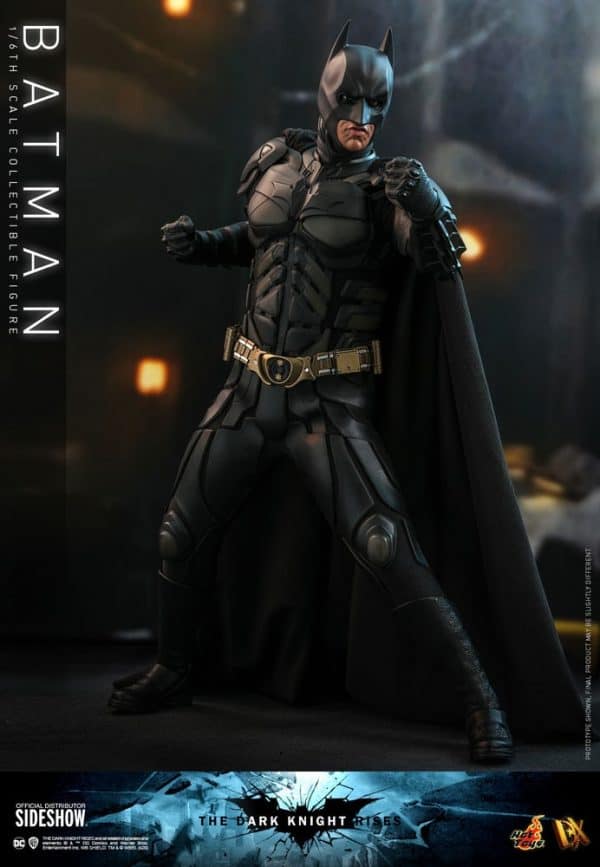 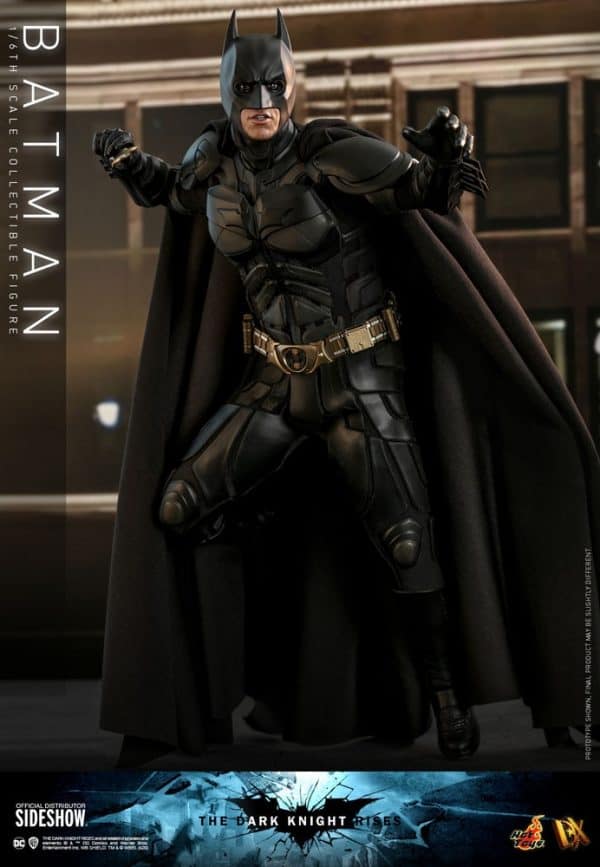 Batman is always one of the most recognizable superheroes in the DC universe. Recreated in accurate proportions, Hot Toys is excited to present the true-to-movie creation from our proud DX Series, the Batman Sixth Scale Collectible Figure inspired by The Dark Knight Rises. 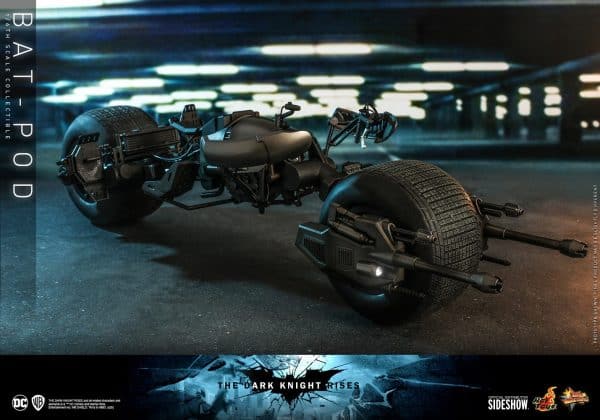 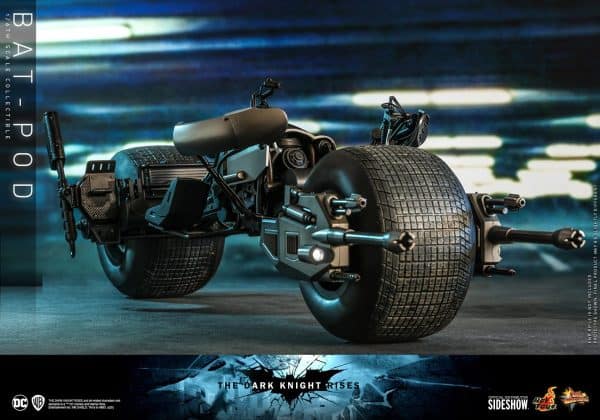 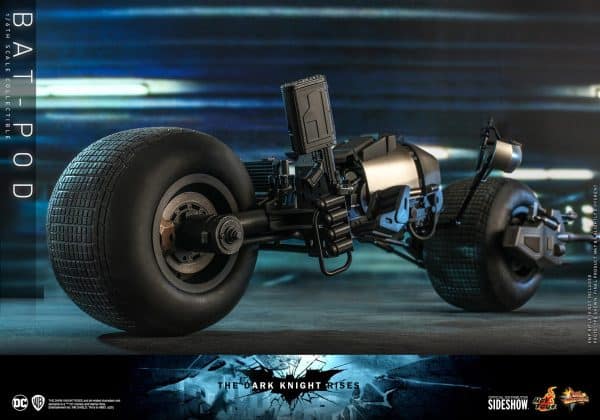 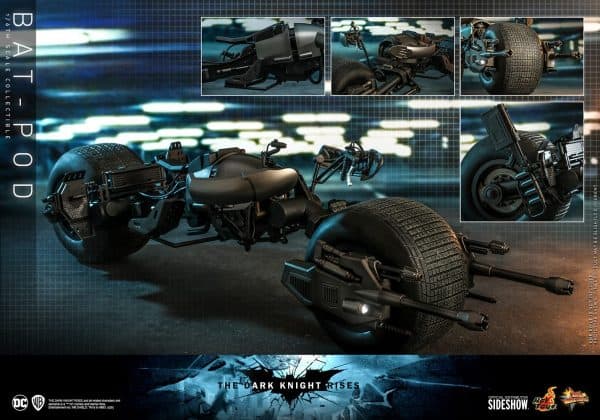 Inspired by the finale of Christopher Nolan’s Batman Trilogy, Hot Toys is thrilled to present the Bat-Pod Sixth Scale Collectible Figure that allows greater mobility for the Caped Crusader and Catwoman in Gotham City!

Skillfully crafted based on The Dark Knight Rises movie, the Bat-Pod collectible is recreated with extreme precision and outstanding painting applications, complemented with perfectly scaled aerodynamic design and mechanical details throughout its engine and body. Measuring at approximately 58.5cm in length, it features headlights with light-up function; rotatable rubber tires; and more exquisite mechanical features such as munitions clusters, operator controls, and guards, saddle, and footrest.