Christmas is just round the corner and December’s update for Sea of Thieves brings players The Festival of Giving.  Everyone is invited to join in the festive fun in this latest update, with fun events, fan-favourite voyages and login gifts galore.  Sea (the pun had to be done) what’s new this festive season in the video below. 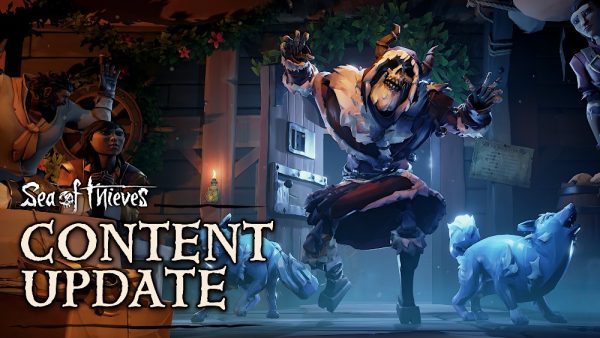 Throughout December, visitors to the tavern will find Larinna offering two more Voyage options with both being returning fan-favourites.  Gilded Voyages will offer the chance to earn serious booty while the explosive Black Powder Stashes will include such items as the Chest of Rage and Ashen Winds Skull.

There’s also a line up of limited time events that will allow players to earn a range of cosmetic prizes.  The 12 Deeds of Giving Event (which runs until 12th January) will reward players with Eastern Winds Jade themed goodies just by completing challenges based on a familiar festive song.  Plus there are Plundered Presents events that will bring bonus payouts and Gold Hoarder goods in return for gifting treasure to other crews.  On the 30th December, Plundered Presents will make way for Grogmanay, featuring half a dozen new Challenges with their own rewards to send crews roaring into 2021.

It’s a wintry wonderland in Sea of Thieves this December with the latest livery is the Frozen Horizon Ship Collection.  This themed clothing will be available by claiming Twitch Drops and the free Frozen Horizon Tankard just for logging in and playing.

There’s much more to do this December so log in now and start collecting all this festive booty.