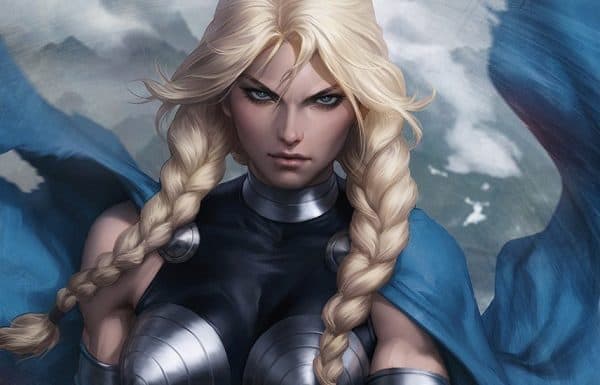 The Valkyries will rise again in the Marvel Universe this January with King in Black: Return of the Valkyries, a brand new series from writers Jason Aaron and Torunn Grønbekk and artist by Nina Vakueva which brings together Jane Foster, Dani Moonstar, Hildegarde, and a brand-new Valkyrie to do battle against the fearsome Knull.

“The Valkyries – these powerful women who navigate both the spaces of the living and the dead – are inherently interesting to me,” states co-writer Torunn Grønbekk.  “The role demands a perspective on life and battle that is quite unique; they see the whole picture, always, and when you combine that with the great humanity you find in characters like Jane Foster and Dani Moonstar, you get something really special. It takes courage to see the world through the eyes of a Valkyrie (especially when that world is under attack by Knull!), and that makes for complex and exciting stories of the kind I want to tell.”

You can check out the official trailer for King in Black: Return of the Valkyries here:

Together with Dani Moonstar, Hildegarde, and a brand-new mysterious Valkyrie, Jane Foster will prove that the Valkyries are amongst the greatest warriors in the Marvel Universe in an epic battle that will take readers to the afterlife and beyond! 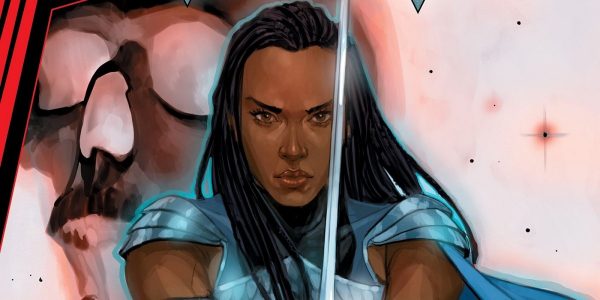 King in Black: Return of the Valkyries #1 goes on sale on January 6th.