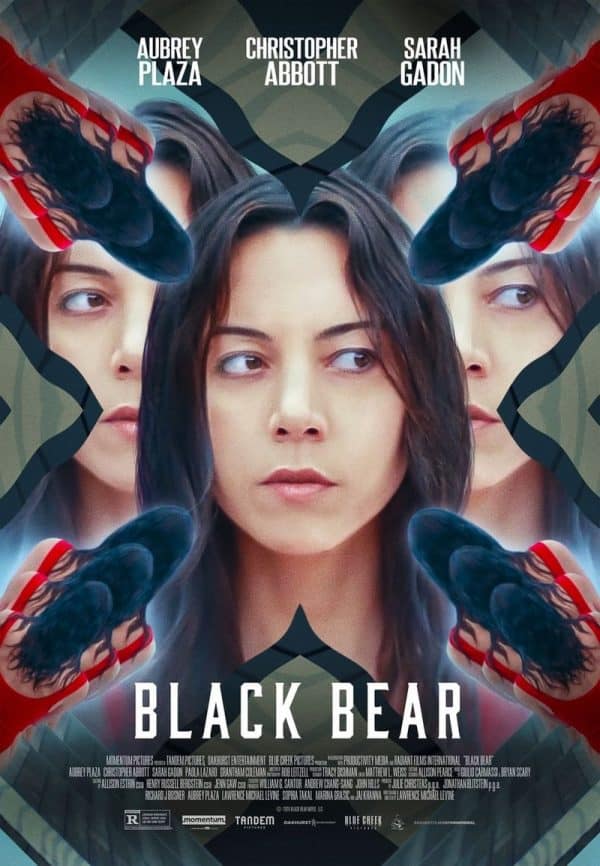 A filmmaker at a creative impasse seeks solace from her tumultuous past at a rural retreat, only to find that the woods summon her inner demons in intense and surprising ways. 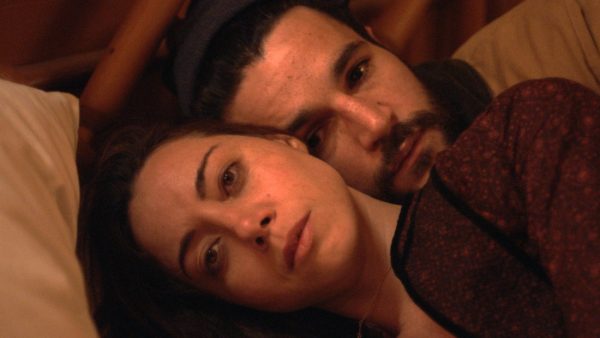 There is likely going to come a point where one thinks they have Black Bear figured out, only for it to pull a “lol no” on the viewer reshaping the context of the narrative, slowly piecing itself together like a jigsaw puzzle. And while I’m not sure writer/director Lawrence Michael Levine is actually saying anything within all of the toxic relationship dynamics filtered through indie filmmaking, the movie offers a demented pleasure in watching it come together. It’s a testament that sometimes an idea with confident direction and committed actors is more than enough to offset a script that’s muddled beyond its twists and revelations. The most I got is that it’s a scathing takedown of method acting, demanding directors, and other manners of arguably abusive tactics to get a more passionate and authentic performance out of talent, but it’s also clear more is being strived for, given the twisted relationship antics.

It’s also hard to go wrong casting Aubrey Plaza in a film that’s just as mentally unstable as its lead. She plays Allison, an actor turned director who has rented out a lakeside cabin owned by Gabe and Blair (Christopher Abbott and Sarah Gadon), a couple expecting their first child. Allison may or may not have a husband, may desire to be dependent on men or may be a feminist, may or may not know how to cook, and apparently has a reputation of being difficult to work with on sets. She’s an enigma, and the character couldn’t be any more inside Aubrey Plaza’s wheelhouse of playing psychologically disturbed characters that read like a foreign language. Meanwhile, Gabe is nihilistic and carries some regressive philosophies when it comes to the shifting landscape of gender politics, whereas Blair sounds somewhere between reasonable and like someone that spends too much time on Twitter. Nevertheless, nasty head games are underway. 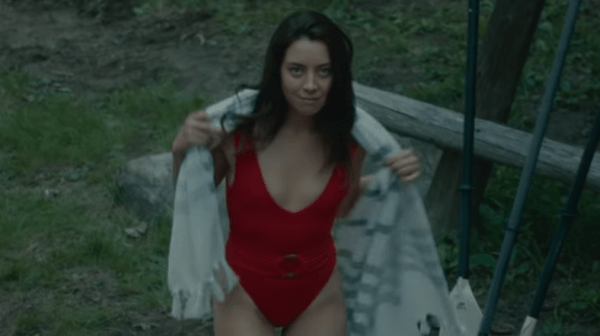 I’m sure other reviewers are comfortable diving more into the story of Black Bear, but to even talk about the second half feels like it would be betraying the reader. This is absolutely a film where the demented entertainment value comes from uncovering what’s actually going on. However, it should be said that the film is spinning a web of standard toxic relationships amplified when also inside the film industry. It’s not just about deranged artists and their muses, but how the system enables those muses to be used as a toy in the vapid name of art.

Visually, Lawrence Michael Levine generates some eerie shots painting Black Bear as a horror flick, notably an opening shot of Allison sitting cross-legged by the dark with nothing in front of her but fog like she has been transported to Silent Hill. Factoring in the mind games at play here, maybe that’s actually a safer place to be. There’s also plenty of tracking shots and extended sequences of dialogue for the philosophical conversations that typically end in arguing and the fear of adultery. 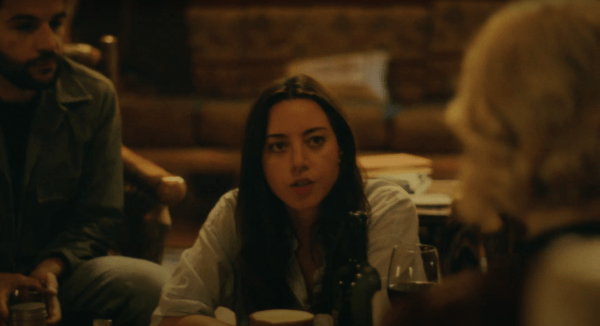 From the beginning, Black Bear poses itself as possibly being an imagined story from Allison, actors playing dual roles (characters also inside of a movie here), characters not always being who they seem to be, all while playing a trick of its own by seemingly giving the answer right before taking things in an entirely different direction. All three central performers here have multifaceted characters to play, but Aubrey Plaza stands out as both dangerous and vulnerable, sometimes in the same scene. There’s immense satisfaction when the realization behind every character’s motivations settles in, building to a chilling finale that is better off for its minimalistic approach to connecting the threads. The weighty meta-ness of it is going to undercut its potential to truly relate to audiences, although doesn’t take away from the engrossing black riddle.