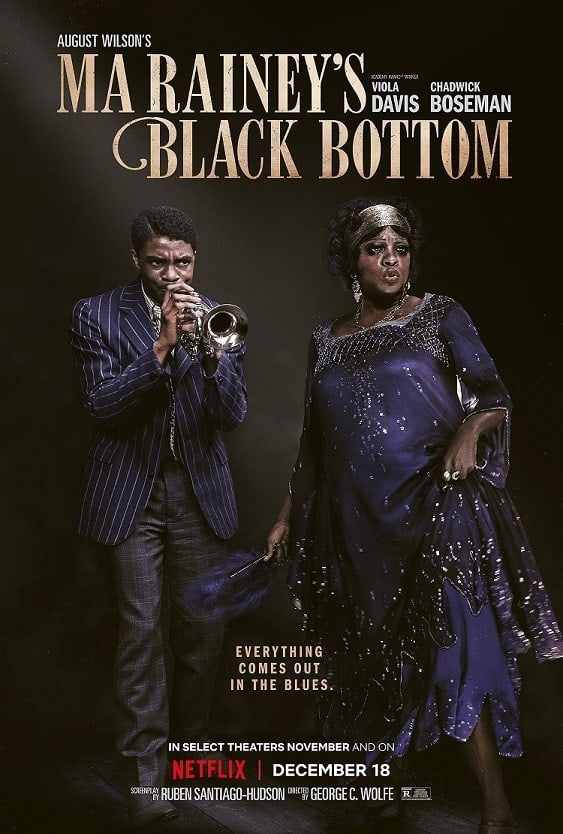 It is 1927 and tensions are running high between Blues singer Ma Rainey (Viola Davis) and Levee her ambitiously outspoken trumpet player (Chadwick Boseman). As the recording session continues and her management team attempt to intercede things go from bad to worse. 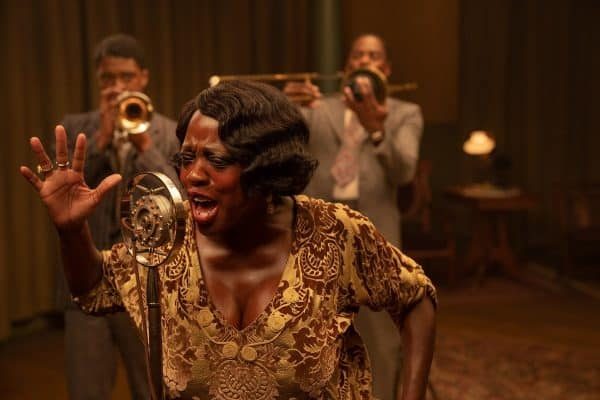 This second entry in the August Wilson Century Cycle adaptations might be jam packed with performances, brimming over with jazz band pizazz and more vibrant than a nineteen twenties flapper convention, but victory remains bittersweet. It will forever be remembered as the last performance of Chadwick Boseman, who has been placed on a pedestal and lionised by millions. His place in this ensemble piece sees that status only grow in stature, as he provides Levee with a frail heartbreak born of frustration.

Pivoting around their rehearsal room in pale tan brogues this personification of a liberated black man during prohibition, is only one of many pleasures on offer. Slick, self-assured and a consummate showman Levee clashes with everyone irrespective of race in his pursuit of recognition. Whether those are his bandmates Toledo (Glynn Turman), Slow Drag (Michael Potts) or Cutler (Colman Domingo) musically no one knows better. 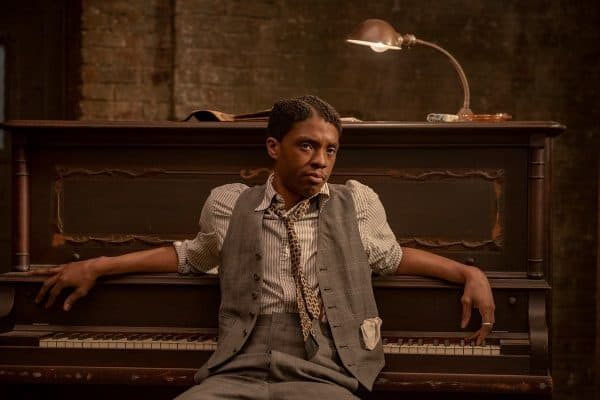 Production designer Mark Ricker gives his Chicago a vibrancy born of industrialisation, burgeoning opportunity and back alley gin joints. It has a swagger and shimmy which goes hand in hand with the powerhouse performance of Viola Davis as Ma Rainey. A legendary blues singer who had earned the right to dictate her own terms, forge her own path and ensure a legacy unsullied by racial interference.

Screenwriter Ruben Santiago-Hudson addresses the central themes which August Wilson held dear, documenting the black experience through this decade. Racial dynamics, social identity and cultural prejudice still pervade much of the conversations. Ma Rainey may have the power through her music to dominate and influence, but that is soon stripped away when conflict with a white man comes into play. Suddenly that progress is crushed under foot, glossed over and blame is apportioned in a forthright and narrow-minded fashion. 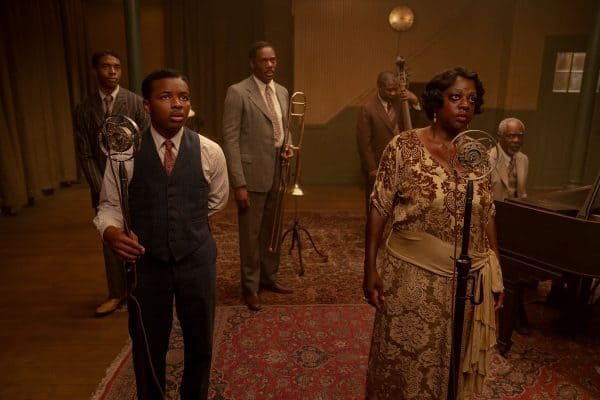 August Wilson was sure to address this dichotomy and it comes through unchanged in the screenplay. Although Chadwick Boseman and Viola Davis will be celebrated this is genuinely an ensemble piece, where every performance benefits the whole. Generosity within the group is evident as they each allow the other room to shine. He has one or two moments of sheer brilliance which will make audiences draw breathe, but similarly his opposite number commands the screen alongside him forging a devastating double act between them.

There is a magnetism and vitality to Levee which defies belief considering the condition of this actor during filming. Anger, sadness and unparalleled joy exist simultaneously within his performance and Ma Rainey’s Black Bottom is richer for it. If not for the knowledge audiences will possess going in there remains the question of that Oscar nomination, which will surely come. For many the debate is already over and it remains nothing more than a formality, but as he was known for being humble, understated and infinitely humane Boseman may consider himself above such overt acknowledgements. 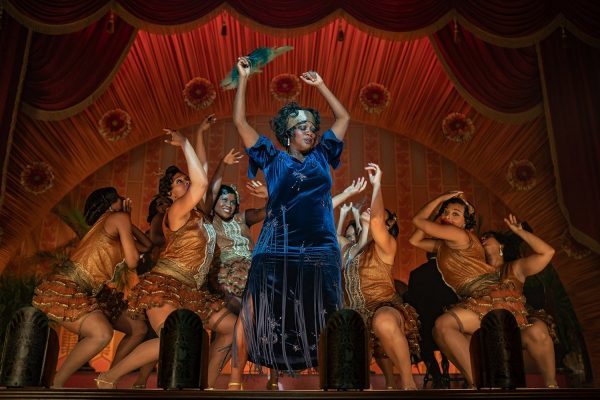 That the academy is a fickle missus and many great performers have been passed over, ignored or been gifted with the ultimate accolade for lesser roles years down the line is well known. Going on that rationale if Chadwick Boseman does receive a posthumous Oscar next year it may be given not necessarily for everything he did, but for everything he never got the chance to do.