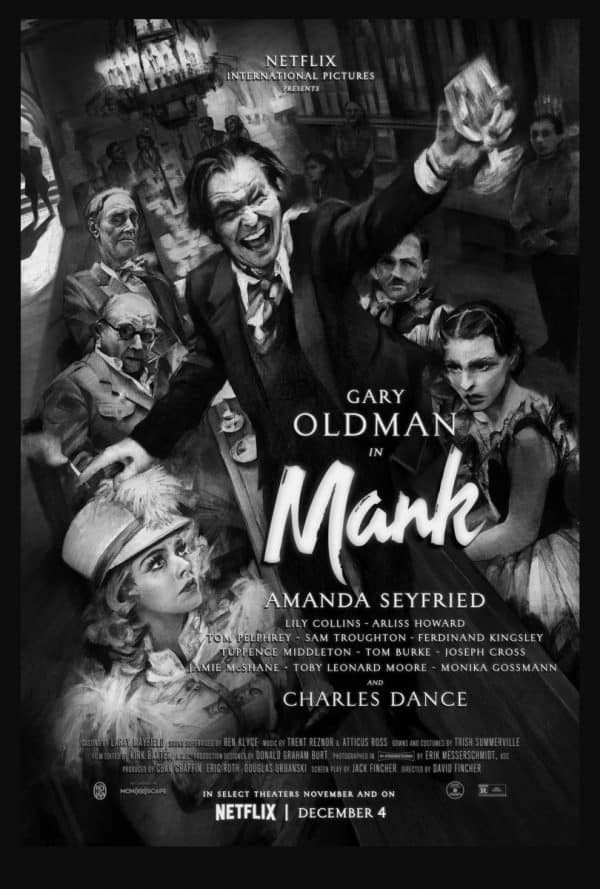 Holed up in a cabin devoid of alcohol and distractions Herman J. Mankiewicz (Gary Oldman) is being paid to write something new. Incapacitated, cantankerous and ill-mannered he has ninety days to meet the deadline.

There is such precision, dedication and passion behind this project that at first things are overwhelming. Tarnished black and white footage combines with intentionally manipulated vocal tracks that propel audiences back in time. A score by Atticus Ross and Trent Reznor is pure nineteen thirties thriller crossed with big band brass, while director David Fincher indirectly references Citizen Kane yet manages to keep mainstream audiences on side.

Production design, lighting and dialogue make Mank resemble a film Orson Welles might appreciate. There is such invention within the juxtaposition of framing versus musical cues and structural signposts that you feel the wunderkind would have approved. Gary Oldman brings an elegance to his perpetually soused creation, imbuing Herman J. Mankiewicz with a fragility which goes beyond mere superficial injuries. Laid up in bed and hounded by John Houseman (Sam Troughton), he is simultaneously combative yet flattering. 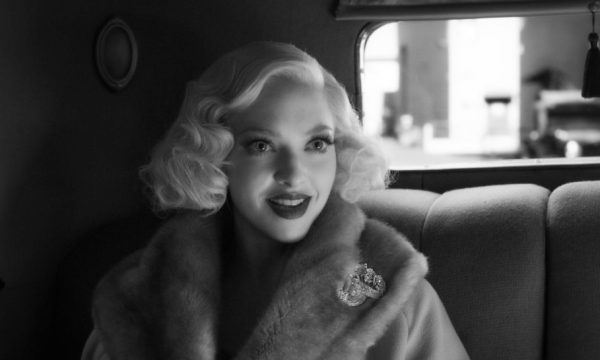 In many ways one of the numerous pleasures of Mank comes down to its genuinely immersive nature. This feels like an education in film construction, by way of studio systems and Hollywood hutzpah. The script written by David Fincher’s father Jack is littered with flamboyant flashbacks, famous real life figures and feels infinitely engrossing. Stand outs amongst this supremely gifted ensemble include Tom Burke’s Orson Welles, Arliss Howard’s Louis B. Mayer and Amanda Seyfried’s Marion Davies.

As a motion picture it actively encourages the audience to seek out Citizen Kane, become enraptured by its cinematic central figure then embrace that golden age. It possesses the forked tongue of writers such as Clifford Odets and recalls film noir classics like Double Indemnity. Cinematographer Erik Messerschmidt deals with black and white by taking heed of Citizen Kane lighting sensei Gregg Toland. A move which imbues Mank with a surreal quality that veers just the right side of reality. 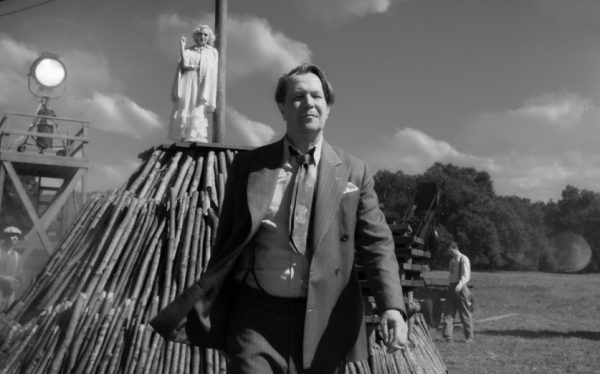 Many people have professed an emotional disconnection from the film itself, yet it revels in modern cinema masquerading as a museum piece. Every scene, every line and every motivation has been painstakingly pondered over by a director intent on performing this cinematic sleight of hand. Whatever his intent this modern day film noir is both a satirical thriller, subtle screenwriting masterclass and social statement combined.

Mank is not only worthy of multiple viewings, but come Oscar season should see David Fincher nominated alongside his father and a host of others. For a film so concerned with artifice it is also in possession of enormous heart. Gary Oldman’s Herman J. Mankiewicz is a tragic hero, literary jester and intellectual reprobate incapable of keeping his appetites in check. He stands at the centre of Mank like an incongruous anti-hero chastising those of privilege, disregarding those in power and engineering his own ignominy. It is a tour de force of depth and invention aided and abetted by a filmmaker on formidable form.