Zack Snyder recently sat down with Entertainment Weekly to promote Justice League’s upcoming HBO Max release and offered up some details that will likely get fans of his work even more excited.

Known for his polarizing stylistic choices, the filmmaker is looking to lean into the more adult tone, saying Justice League will likely have an R-rating.

“Here’s one piece of information nobody knows: The movie is insane and so epic and is probably rated R — that’s one thing I think will happen, that it will be an R-rated version, for sure,” Snyder gleefully exclaimed to the publication. “We haven’t heard from the MPAA, but that’s my gut.”

When pressed for details about the film’s more explicit moments, Snyder offered up this: “There’s one scene where Batman drops an F-bomb. Cyborg is not too happy with what’s going on with his life before he meets the Justice League, and he tends to speak his mind. And Steppenwolf is pretty much just hacking people in half. So [the rating would be due to] violence and profanity, probably both.”

In the current conversations about the cinematic experience and Warner Bros’ controversial move to move its 2021 slate to HBO Max, Snyder, a known fan of the big-screen experience, didn’t offer up as scandalous as a take as his peers but did reflect on the move: “It felt like a pretty bold move and that maybe the implication wasn’t 100 percent thought out. I feel like there’s a lot of people panicking during COVID. I hope that, in the end, that’s what this was — some sort of knee-jerk to COVID and not some sort of greater move to disrupt the theatrical experience.

Snyder is hoping to see Justice League have a theatrical release, working it out with the studio now: “I’m a huge fan and a big supporter of the cinematic experience, and we’re already talking about Justice League playing theatrically at the same time it’s coming to HBO Max. So weirdly, it’s the reverse [of the trend].” 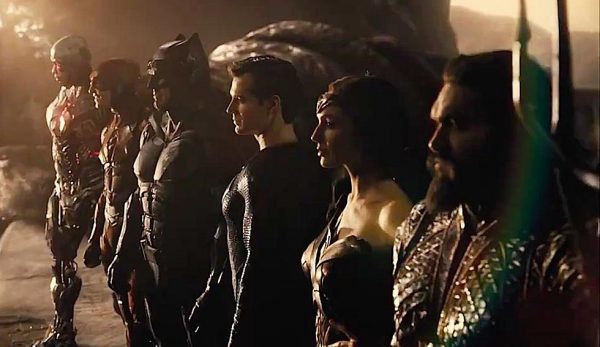