There’s a new Dark Knight in town this week, and you can get yourself a sneak peek at DC’s Future State: The Next Batman #1 right here ahead of its release this Tuesday… 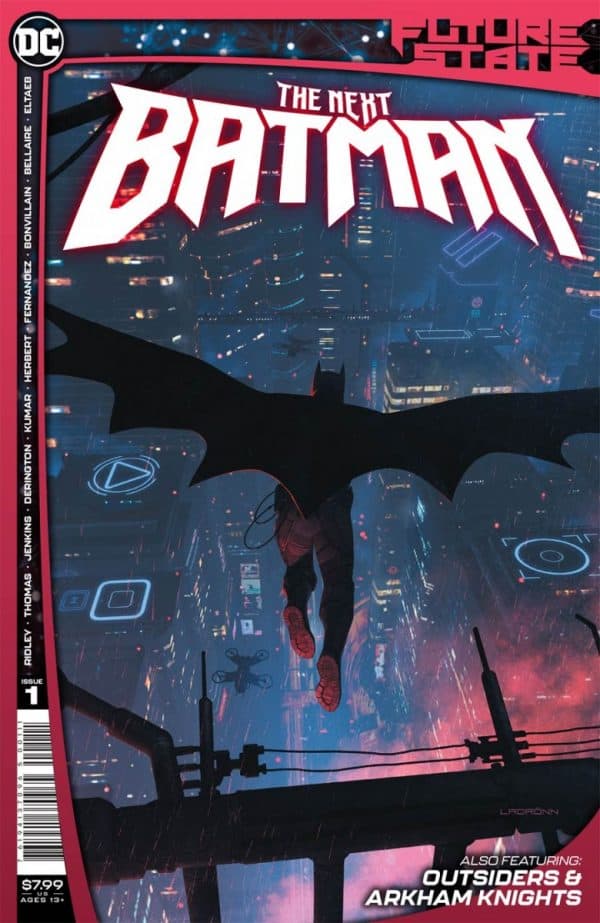 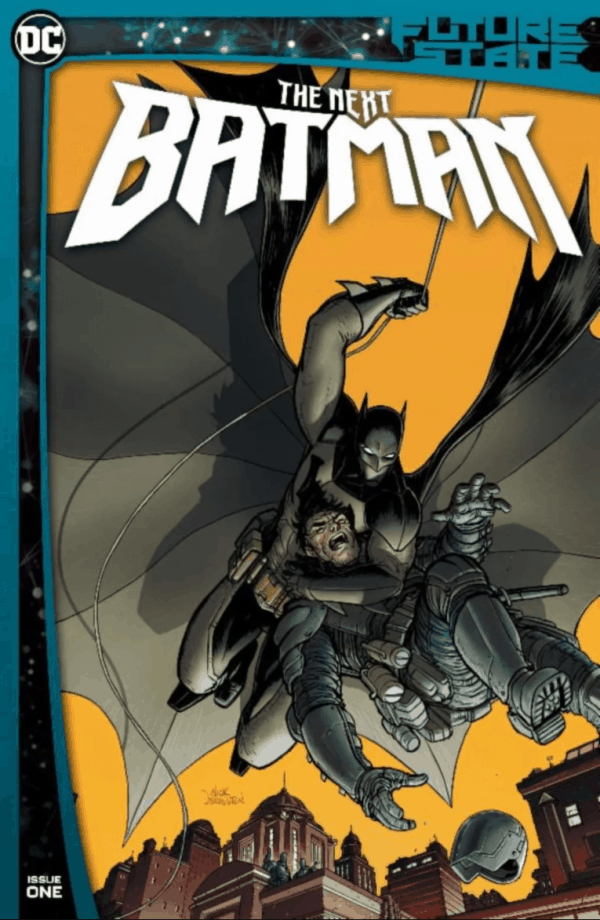 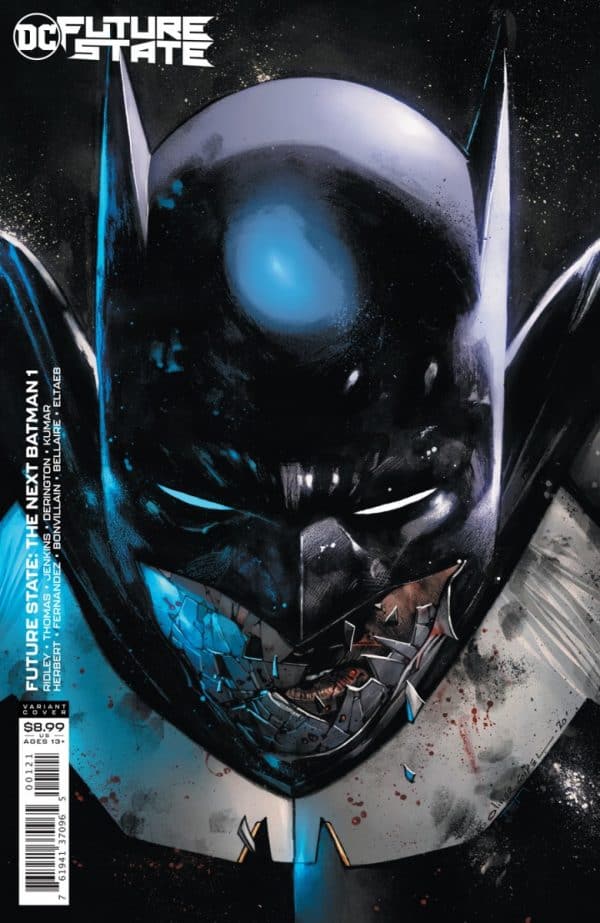 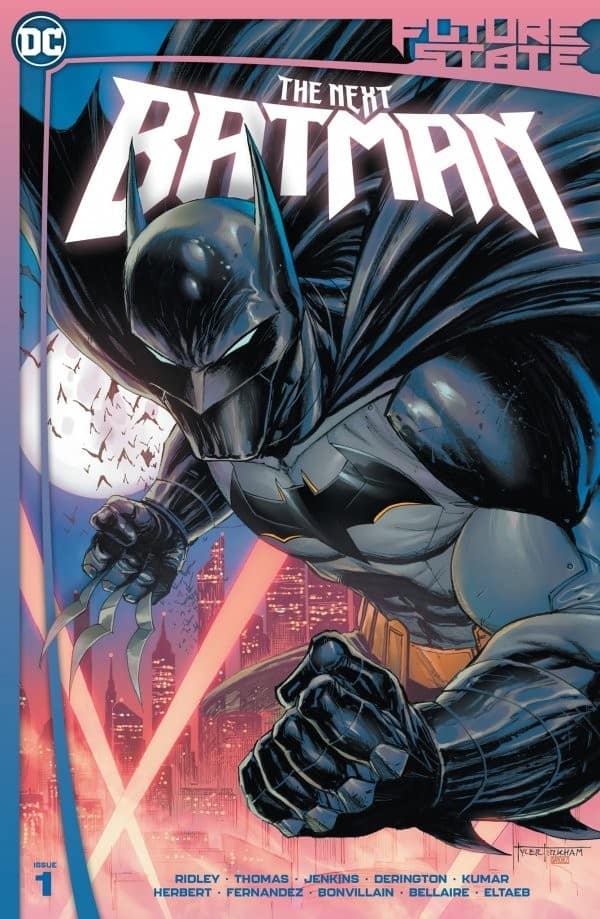 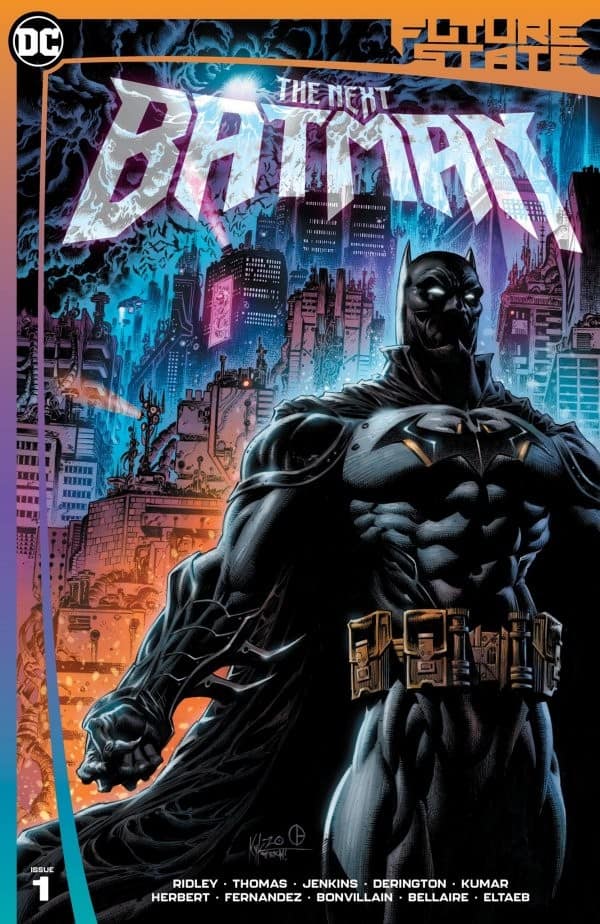 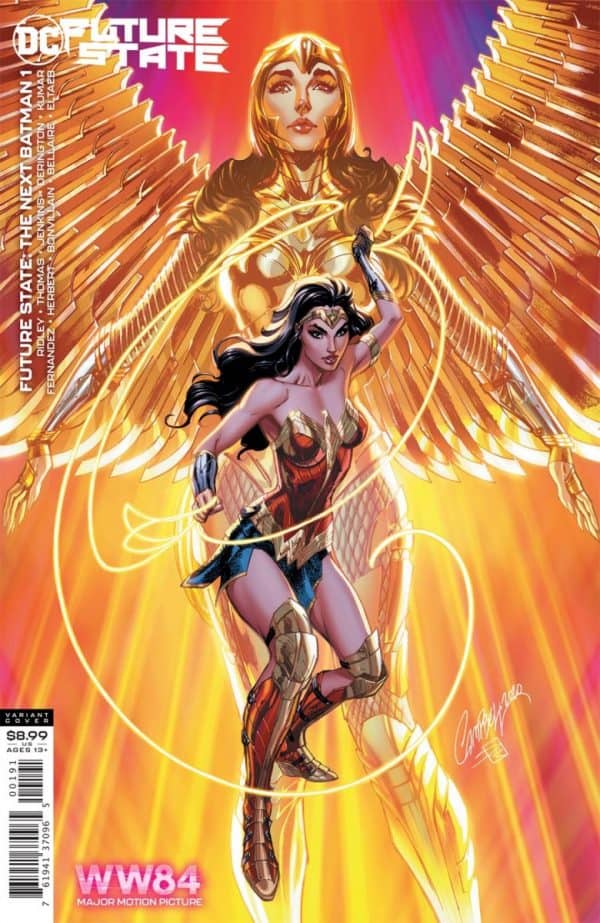 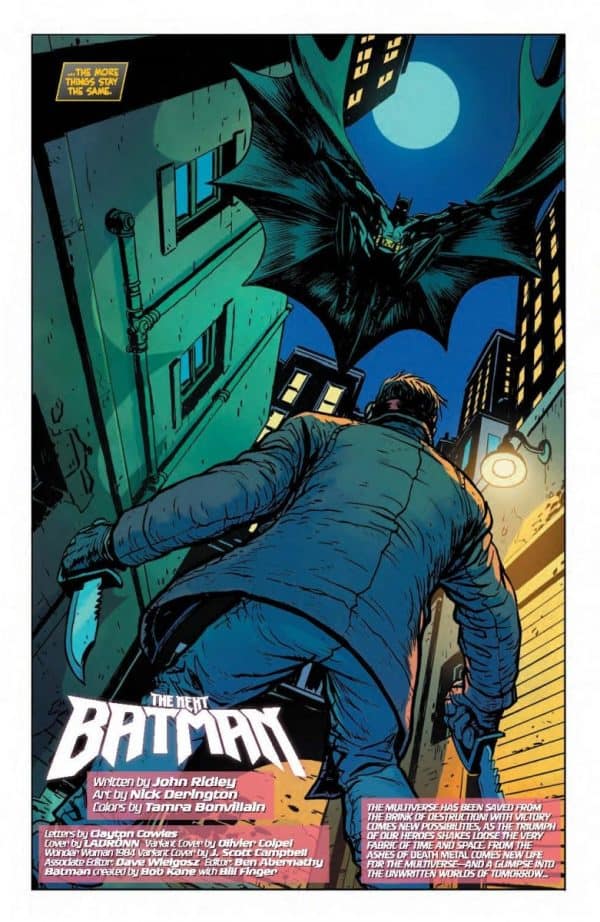 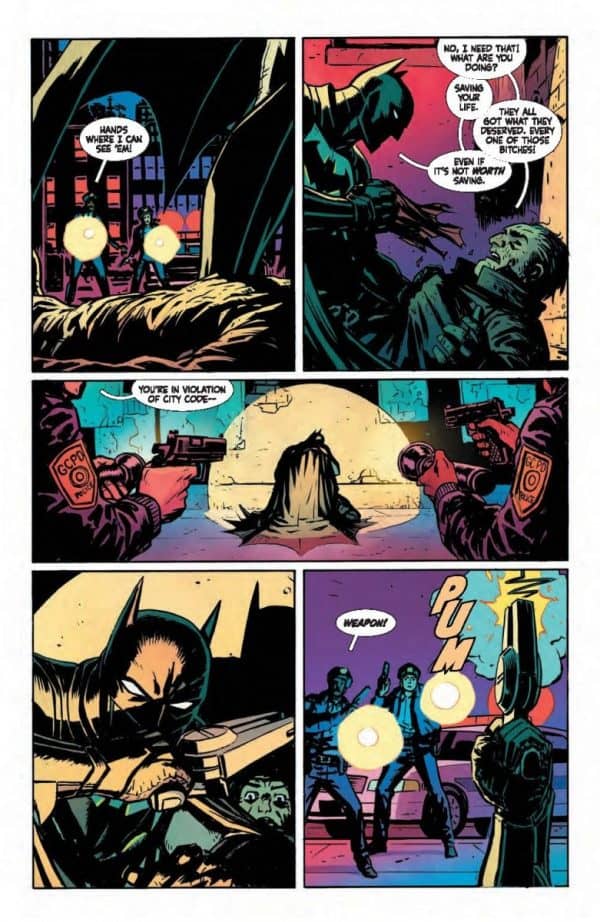 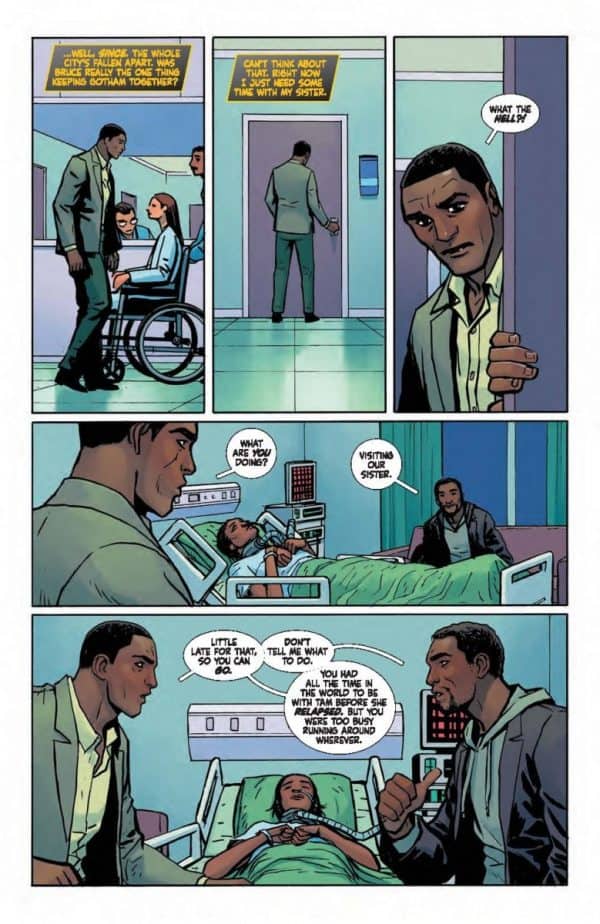 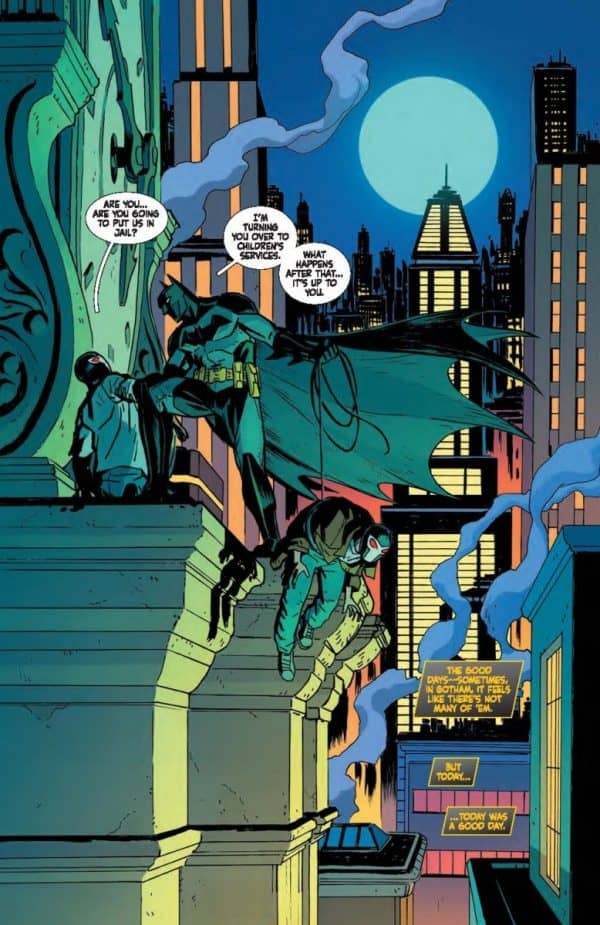 Gotham City has always been dangerous—but now, it’s downright deadly! Following the tragedy of “A-Day,” the mayor allowed the private law enforcement group known as the Magistrate to take over policing so-called mask crime—and that has given rise to a new Dark Knight! What is this mysterious crime fighter’s connection to former Batman weaponeer Lucius Fox? The fight for justice has never been this dangerous!

Then, in an new tale of the Outsiders, everything in Gotham City may be under the thumb of the Magistrate—but even members of that totalitarian force know that the outskirts of town are protected by the sword of Katana!

Plus, ride with the Arkham Knights on their quest for freedom. Arkham Asylum has been decommissioned, and the Magistrate rules the land with an iron fist and zero tolerance. Now it’s time for the lunatics to take back their town! Follow Croc, Two-Face, Phosphorus, Zsasz, Clayface, and Astrid Arkham as the Arkham Knights raise holy hell on the occupiers of Gotham!