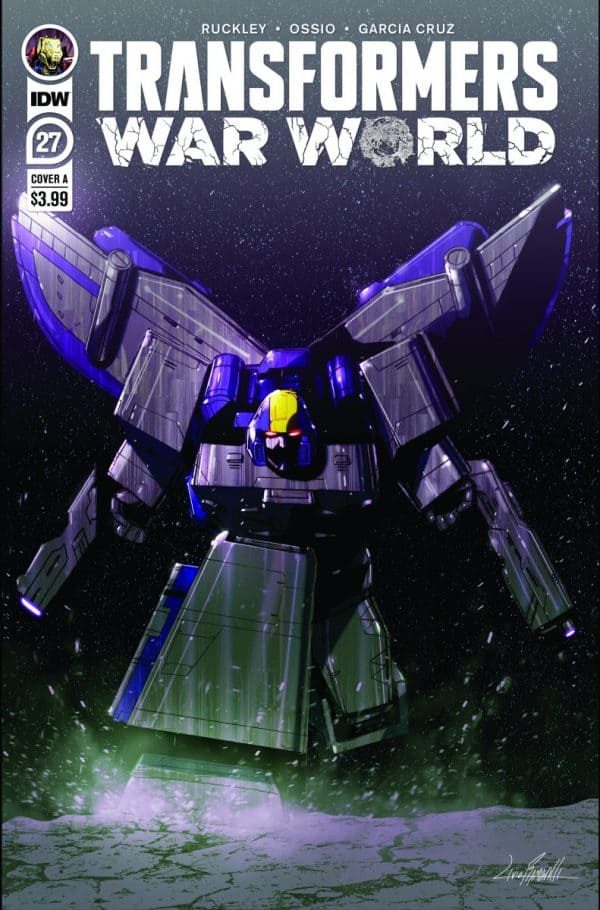 IDW’s latest issue of Transformers took a break from the ongoing events on Cybertron to focus back on the the planet’s lost moon as Autobots and Decepticons fought for control over the largest energon supply left to both forces. Though it took us away from the exciting developments on Cybertron now that Orion Pax is Optimus Prime and Megatron is settling into his role as the franchise’s traditional tyrant, it was still a pretty good issue with plenty of nice action and detailed artwork with a focus on a lot of lesser-known bots that was to the issue’s benefit.

One of the most notable aspects of Transformers #27 is the large ensemble of characters the story features. Much of Brian Ruckley’s previous issues in his run have focused on a couple to a small few bots per issue, but as the war for Cybertron has begun really heating up in the last several issues the cast of characters has grown larger in each one as well. Ruckley manages to balance the large group of Autobots and Decepticons pretty well and gives most of them their own moment to shine, such as Springer’s fight with Shadow Striker, Gears and Lancer’s run through the station or Windblade making a nice entrance in the battle. The only ones who get put to the sidelines are Astrotrain and Sky Lynx, the latter of the two making his debut in the new IDW continuity. Sky Lynx’s presence was still handled well as all the Decepticons became immediately nervous at the mere possibility he was there, but we weren’t given much reason as to why he was considered so formidable, though the brief panels of his taking on Astrotrain in space did make clear he is immensely tough. Other than that though, Ruckley balanced the large cast quite well.

This was mostly an action issue so there wasn’t much progression in the overall story, but the pacing was still fast and action-packed without sacrificing good character beats. There are some intriguing details and teases, such as how some of the Autobots who have been stuck on the moon for nearly a dozen issues now have no idea what has transpired on Cybertron as they believe these are members of The Rise, not realizing they are fighting against something far more nefarious and coordinated than a rebel movement. The fact that neither side really get their hands on the energon presents some interesting developments back on Cybertron as that will likely make Megatron and even Optimus even more desperate to fight back. It definitely adds a new layer to the conflict that this was essentially a Pyrrich victory for the Autobots looking to keep the moon. 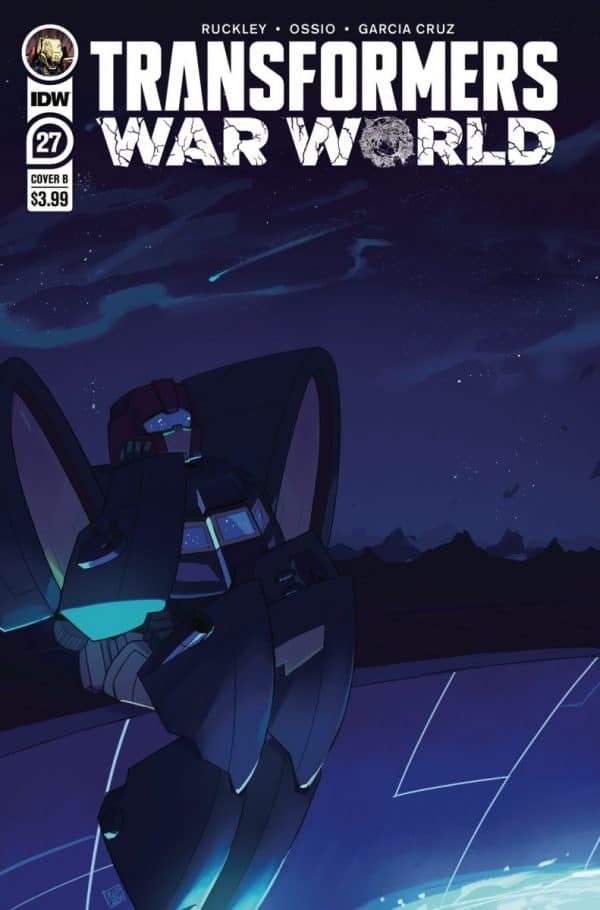 Artist Fico Ossio makes his own debut to IDW’s new continuity with this issue. His illustrations are very well done, particularly in the action scenes where he displays clear choreography and animated movements between the characters. Ossio also makes the characters quite expressive with their faces, providing nice detail to how they look and each grimace during battle or even in conversation. David Garcia Cruz’s colours add a vibrancy to Ossio’s art with plenty of different colours from panel to panel. Nothing ever really looks the same on each page as the two really make things look unique the further into the story you get. The style and feel of Transformers #27 is quite good and hopefully we can see more of Ossio in this run.

The break from the main events on Cybertron was a nice detour as it allowed the greater scope of the war to take further shape. Ruckley’s handling of the large cast was well done and still contained several nice character moments among both groups of bots. The artwork from Ossio and Cruz gave the book several cool action sequences that are nicely animated. Transformers #27 marks another significant issue as the war is sure to pick up a lot after these events.