Elizabeth Olsen, one of the stars of WandaVision, says that the show might not have an actual villain. Fans have been busy theorising about the show so far, wondering what is happening to Wanda and Vision and if there is an enemy who is making the series’ crazy events happen.

Well, according to Wanda actress Elizabeth Olsen, the show might not even have a villain at all. Speaking to Elle about the mystery of WandaVision, she said: “Someone said to me when you watch any of these hero movies, you know when the villain’s about to show themselves, and you also have an idea of who the villain is. With our show, you don’t know what the villain is, or if there is one at all. Wanda is trying to protect everything in her bubble, protect what she and Vision have and this experience. I think everything she does is in response to keeping things together.”

It’s certainly true that you never know what to expect with WandaVision and this makes for great entertainment. It could very well be that Wanda herself is the closest thing we have to an ‘antagonist’ in the series if it turns out she is the one making these surreal and bizarre events happen. 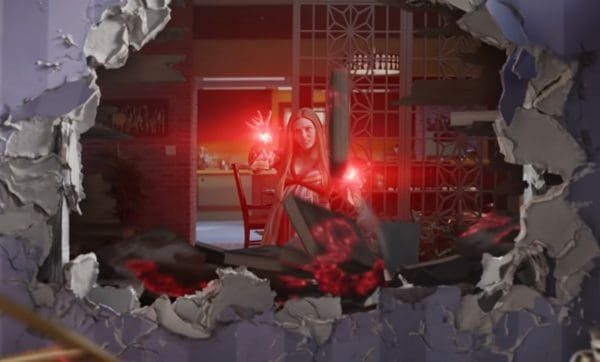