Titan Comics and Hard Case Crime have announced that Minky Woodcock is set to return for another hardboiled detective case in Minky Woodcock: The Girl Who Electrified Tesla from writer and artist Cynthia von Buhler. 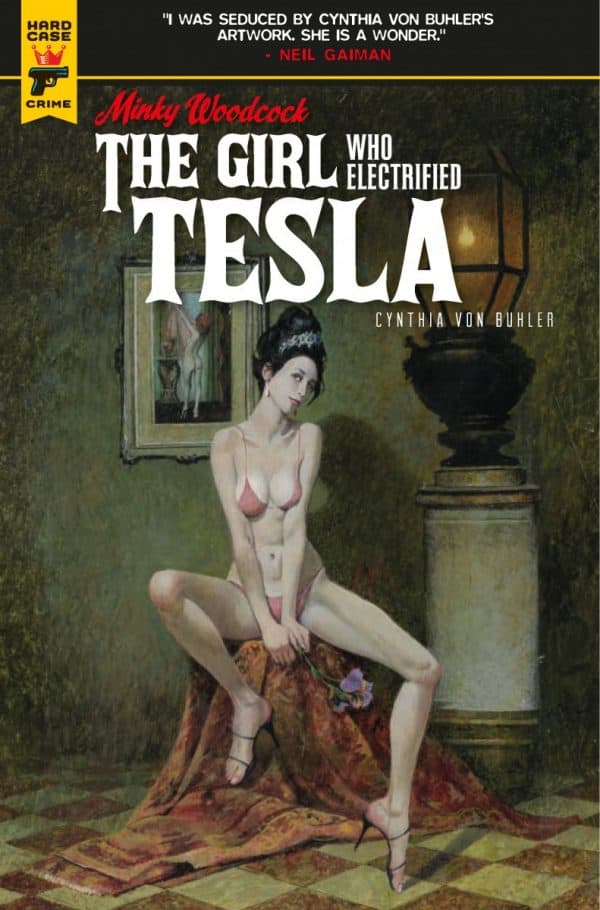 Set during World War II, nearly two decades after the events of the first volume Minky Woodcock: The Girl Who Handcuffed Houdini, this brand-new story sees the fabulous female detective uncovering another sinister, sultry and twisted mystery when she gets involved with world-renowned inventor Nikola Tesla, Nazi agents, and the race to command the world’s first weapon of mass destruction.

“As with the Houdini episode, all of the anecdotes related to Tesla’s life in my book are based on fact,” states von Buhler with regards to Minky’s new adventure. “I really love finding bizarre, unbelievable facts and weaving them into my stories.” 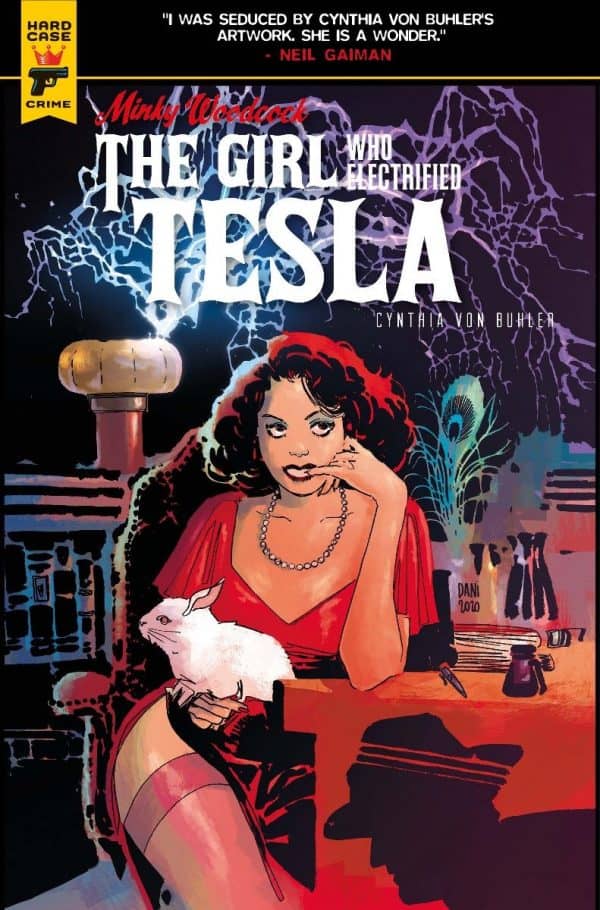 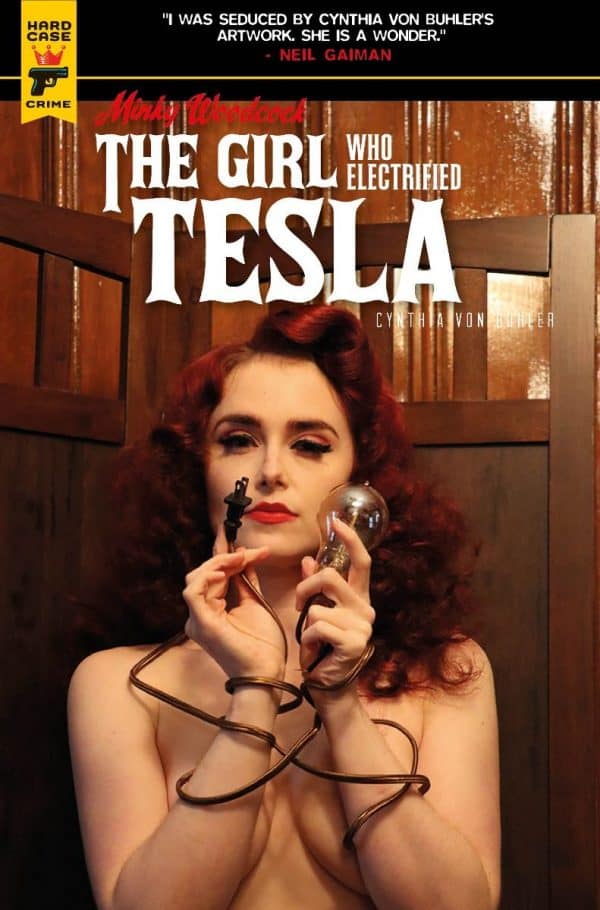 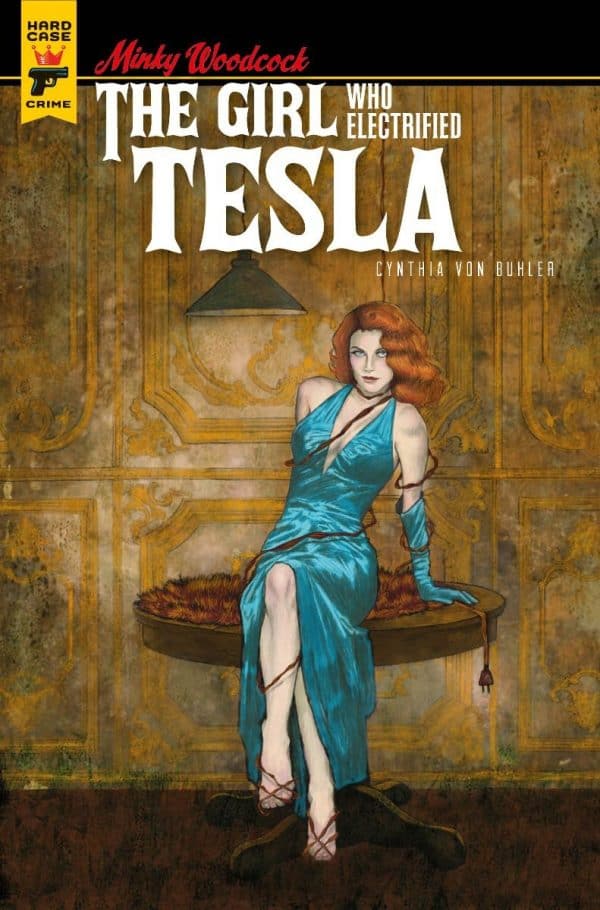 Minky Woodcock: The Girl Who Electrified Tesla #1 will go on sale on April 14th 2021.