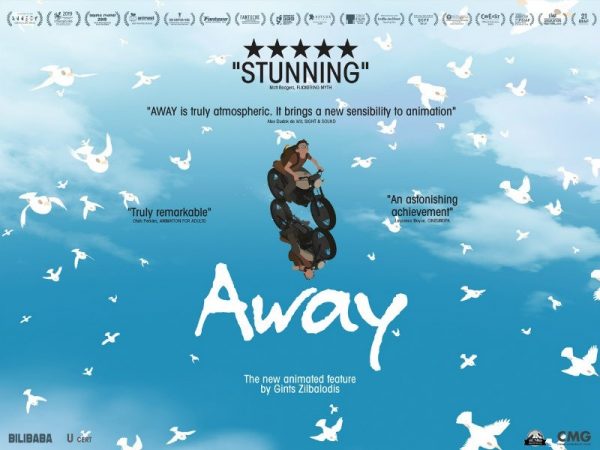 Stranded on a mysterious island, a boy endeavours to find his way back to civilisation with the help of a small bird, all the while pursued by a dark force. 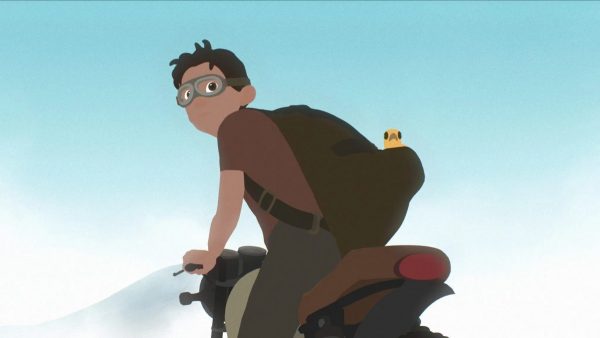 Being stranded on an island might be some people’s idea of paradise, particularly one so naturally beautiful, seemingly untouched by humanity, and where food and water doesn’t seem to be hard to find. Throw in an endlessly pursuant shadow giant that consumes the life force of animals it encounters, and perhaps that idyllic vision is tempered somewhat. Echoing between dream and nightmare over the course of 76 minutes, and somehow uniting the two, Gints Zilbalodis’ debut feature length animation pulls off something quite unique.

The animation in Away is art that belongs in a different era. When the boy runs, it seems unnatural – his arms and legs don’t work quite as you would expect. The laws of gravity are slightly off. And when an object plunges into water, the sound of a splash can be heard, but the water barely moves. It’s like watching the walkthrough of an old video game – not dating back to arcades, but early noughties efforts like the impossibly artistic Ico. In its quietness, Away’s understated yet rough shapes take on a life that makes for a truly unparalleled kind of visual splendour. 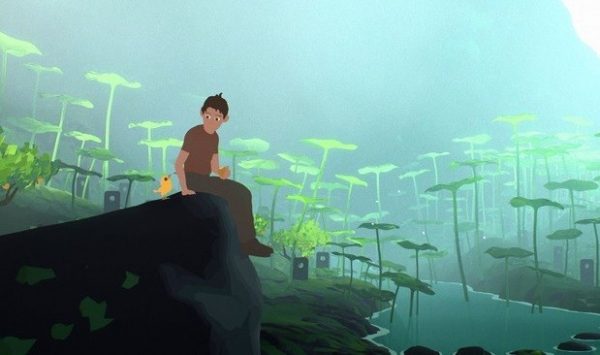 Without the use of any dialogue, Away is reminiscent in more than one way of 2016’s The Red Turtle. But where Michael Dudok de Wit’s inspiring animation revelled in the loneliness and emotion of its protagonist, and utilised a hugely apparent obstacle to his escape, Away provides next to nothing. There is little plot, and an even smaller amount of backstory given for the boy – arguably the bird has a more detailed existence. In fact, there isn’t very much to make the character an empathetic one, an issue sort of countered by the fact that there aren’t really any threats to his survival.

With each new chapter in the story, as the boy travels by motorbike towards a city as guided by a map, the journey doesn’t get any harder. No new challenges appear, and the boy is always well stocked for food and water – even the motorbike seems to operate on a never-ending supply of fuel. Sure, there is tension now and then – when the dark figure approaches – but without a sense of real danger throughout, there is little variation from the comfortable, almost monotone, norm.

In Lawrence Kasdan’s ponderous effort The Big Chill, one of the characters watching a movie doesn’t try to understand what’s going on, and instead advises to “let art flow over you”. Away certainly makes the case for using this approach. Taken too literally this film could be non-sensical, even boring, but as dream-centric art it defies the need to adhere to storytelling conventions. It is a case of prioritising style over substance, but the style in question is supreme visual quality. The film supplies beauty for the sake of beauty, each new object and life form seemingly piling motif upon metaphor. But if that’s all your looking for from a film, then they don’t come much more special than this.