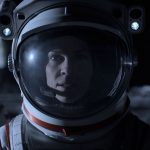 Hilary Swank, the star of Netflix’s Away, has reacted to the news of its cancellation after just one season. A Netflix original series starring Oscar winner Hilary Swank all about a mission to Mars should have been a slam-dunk but just months after Away‘s first season premiere, the platform decided to cancel the show. What […] 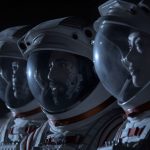 Another day, another Netflix series cancellation. Six weeks after the release of the show’s ten-episode first season, the streaming service has confirmed they will not be renewing the Hilary Swank-starring science fiction drama series Away for a second season. Created by Andrew Hinderaker, Away follows astronaut Emma Green, who leads the first crewed expedition to Mars […]

With less than a month to go until Away arrives on Netflix, the streaming service has revealed a new trailer the upcoming drama series which stars Hilary Swank as an astronaut struggling with the decision of leaving behind her family as she prepares to lead an international crew on the first mission to Mars; watch […] 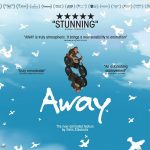 A UK trailer and poster have been released for Gints Zilbalodis’ acclaimed animated feature Away which follows the journey of a boy as he travels across a mysterious island trying to escape a dark spirit and find his way home; take a look here… SEE ALSO: Read our ★★★★★ review of Away AWAY is about […]

Netflix has released the first trailer and images for the upcoming drama series Away which stars Hilary Swank as an astronaut leading an international crew on the first mission to Mars, while struggling with her decision to leave her husband (Josh Charles) and daughter (Talitha Bateman) behind; take a look here… Created by Andrew Hinderaker, […] 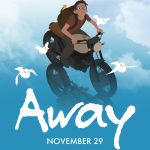 Away, 2019. Directed by Gints Zilbalodis. SYNOPSIS: A young boy wakes to find himself hanging from a tree by his parachute. He has apparently crash landed on a mysterious island, one which is inhabited by a menagerie of creatures, as well as a giant spirit who pursues him across this strange new land as he […] 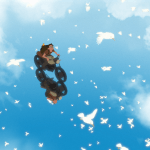 Subliminal Films has announced the upcoming U.S. release of Away, the feature debut of Latvian filmmaker Gints Zilbalodis, who spent over four years single-handedly animated, scoring, editing and producing a film described by The Hollywood Reporter as “somewhere between Hayao Miyazaki and Terrence Malick”. The film, told entirely without dialogue, follows a young boy who […]

Away, 2016. Directed by David Blair. Starring Timothy Spall, Juno Temple, Hayley Squires, Matt Ryan and Susan Lynch. SYNOPSIS: Ria (Juno Temple) and Joseph (Timothy Spall) are both in Blackpool to escape.  She’s trying to get away from her abusive boyfriend, he’s trying to escape memories of the death of his wife.  When their paths […]

French distribution company Plug In Digital have announced that they have created a new publishing label called PLAYDIUS which will focus on the publishing of indie titles for gamers on all platforms.  With 6 indie titles set for release this year what better way to show them off than at PAX East 2017.  A new […]