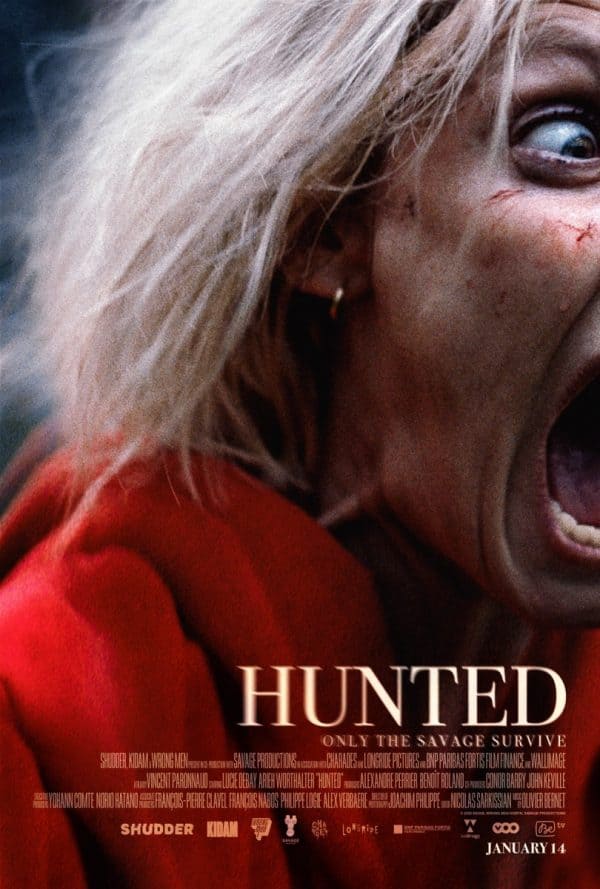 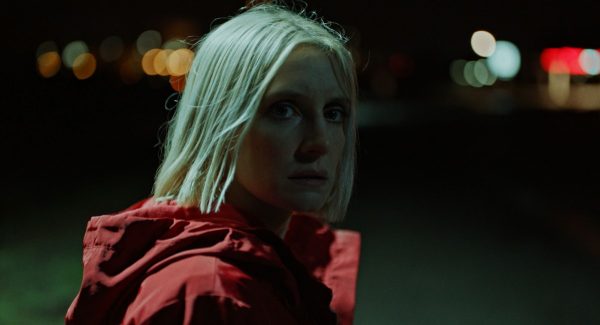 Swapping hood for hoodie and yanking this days of yore Grimm fairytale into the #metoo generation, Persepolis co-director Vincent Paronnaud hasn’t had to scratch too far beneath the surface of Little Red Red Hood to ensure that its themes resonate now more than ever in this haunting chiller.

There have been countless deconstructions of the little girl who went to visit grandma, but who ended up in the belly of a wolf, and in all honesty there was never anything subtle about the warnings associated about climbing into bed with the wolf, or that the the pesky Lupus was a metaphor for man. Hunted decides to take these oft-told moral lessons, build its own folklore through a wonderful animated prologue which throws up shades of Del Toro, and weave a sporadically icky chase movie against the backdrop of a bleak wilderness.

Hunted is an economical film, with minimal information provided about the characters, which is a beneficial approach when it comes to the monster, because knowing as little as possible always accentuates the fear (see Michael Myers). As such this works superbly when it comes to Christian Bronchart’s ‘wolf’, who announces himself as something of a charmer, with his act of chivalry to rescue Eve from a drunken douchebag, before his façade quickly slips in a rather unsettling fashion to reveal one of his many other personalities. Only when his actions descend into final feel silliness does the effect wear off, but there are enough moments of “what big teeth you have” horror to ensure his effectiveness before then. 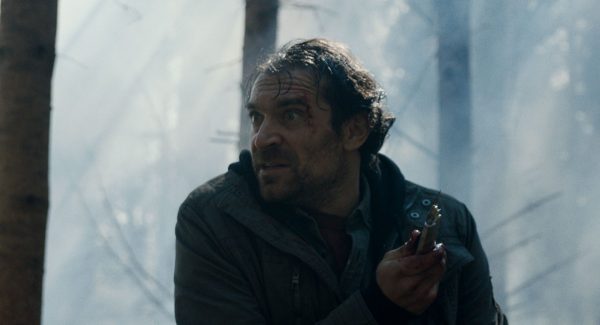 Lucie Debay has a much harder task as Eve, largely because we’re given a lot less to chew on in terms of her character; she’s struggling with work commitments and is receiving unanswered messages from someone we presume to be her partner. What we do know is that she is at the behest of men in her life. Her colleagues hassling her to deliver are pressed-shirt idiots, and her only moment of relaxation is punctured by an entitled drunk who’s angered by her rejection. So immediately we know that Eve is introverted because she exists in a world in which she’s faced with male-toxicity everywhere she turns, and so when she runs, as an audience you go with her every painful step of the way.

Paronnaud presents his world, one with an intriguing unspecified geography or language, in a impressive fashion, particularly when the action shifts to the woods. It’s here that genre fans will get their dose of horror beats, as the simmering tension of Eve’s early exchanges with the wolf and his accomplice (a terrific Ciaran O’Brien) give way to the titular hunt and a few unfortunately positioned arrows.

However, it’s the way in which Eve is slowly consumed by her environment, as she goes all Bear Grylls feral, where Hunted becomes noticeably different. A kind of Terrence Malick-lite, Man versus Nature aura takes hold, in which our heroine is seen drinking raindrops, hugging deer, or sleeping with the insects. Throw in the appearance of some extra characters so that the script can make a point about the corruption of youth, and there’s a lot going on in what was a relatively simple chase movie. Not all of it works, as it sometimes slows down what was a tense and potentially propulsive film, but it’s ambition is commendable. 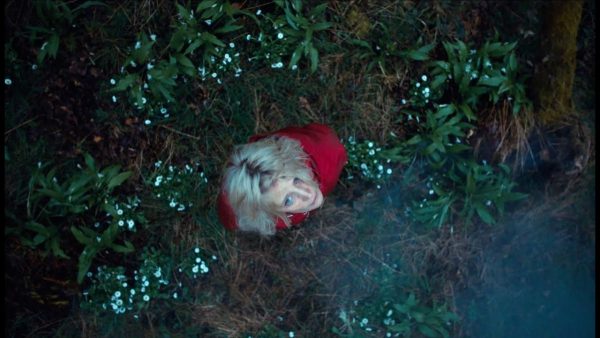 A twisted fairytale that can’t quite sustain the horror of its brilliant opening half-hour, Hunted is worth pursuing because of its timely #metoo message, and the fact you never quite know which woodland path it’s leading its embattled Red Riding Hood down.