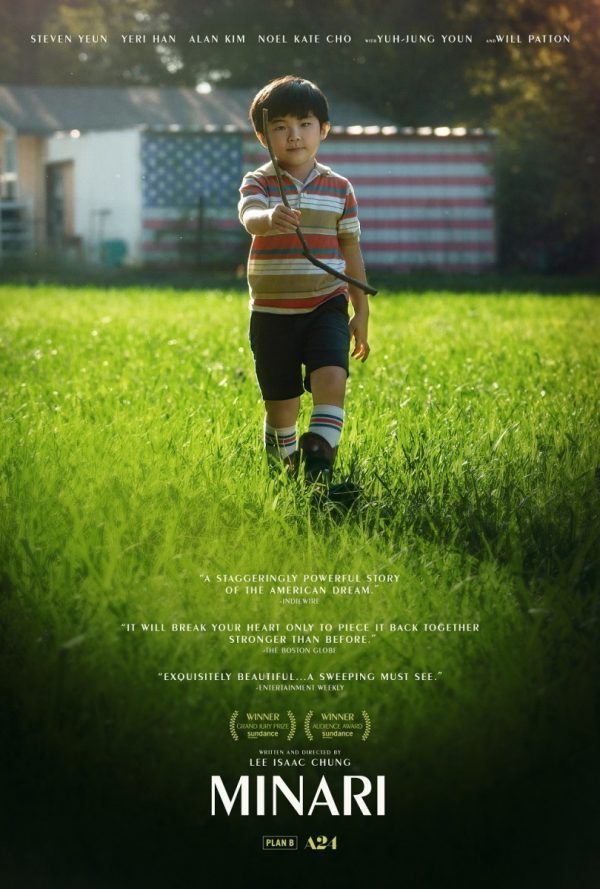 A Korean family moves to Arkansas to start a farm in the 1980s. 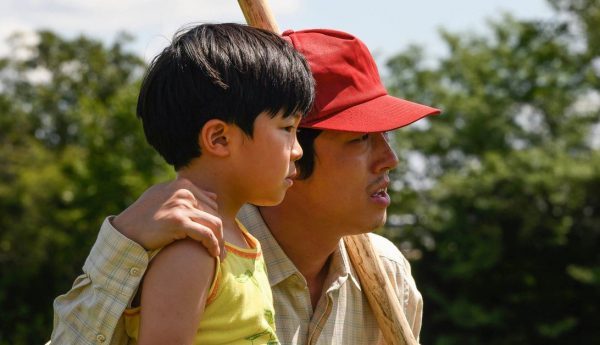 Even though the Korean-American Yi family at the center of Minari is looking to capture the proverbial American dream, what makes Lee Isaac Chung’s soft and delicate exploration of that chase is how his script distills that bigger picture into various individual subplots between the relatives that are more universal. Every aspect is calculated for lived-in authenticity rather than superfluous drama. None of this is to take away how meaningful, relatable, and extra-personal the film will feel to other immigrants, but to greater illustrate that Lee Isaac Chung has superbly crafted a piece of art that is simultaneously for a specific audience yet also for the whole world.

Minari is the fourth narrative feature from Lee Isaac Chung and a semi-autobiographical one at that (the director spent time growing up on an Arkansas farm whereas star Steven Yeun immigrated to Michigan as a child), set in the 1980s as dad Jacob (The Walking Dead former staple Steven Yeun here following up his impressive work in the outstanding South Korean thriller Burning with another brilliant performance in another top-notch international feature) is taking his family from California to Arkansas. They have about 50 acres of land and an unflattering mobile home that wife Monica (Han Ye-ri) is not thrilled about; at one point she calls it hillbilly land which upsets Jacob, launching them into an argument.

Jacob and Monica verbally spar early and often about what’s best for the family; the former used up most of their funds on his own parents, subsequently immigrating to America with little in hand. His version of the American dream is to grow and sell Korean vegetables for Korean consumers, seizing the opportunity of those growing numbers. It’s clear that Monica is skeptical of any of this panning out and is a city girl, but she also wishes they could provide for her own grandmother. Grandma becomes a key talking point of one of those fights, during which the film cuts to the children David and Anne (Alan Kim and Noel Kate Cho respectively, with the former more integral to the overarching narrative, also delivering an endearing, whimsical, mischievous, and inquisitive performance that ranks up there with some of the best acting debuts of the year) writing that their parents should stop fighting.

David seems to get in his head that grandma is the source of the fighting, so when she does move in (played by Youn Yuh-jung) and turns out to be unmannerly (the word bastard is a regular in her vocabulary, she watches professional wrestling, and she gives him a deck of cards upon meeting him) the young child is not sure what to make of her, especially when accounting for her patience and kindness and love. To David, she’s not a real grandma. Even worse, he’s convinced she’s the root of the family’s problems and will go to crass lengths to express his disapproval of her presence in the family. His behavior is a far cry from his more mature sister taking on nurturing instincts of looking after one another.

While grandma is babysitting, Jacob and Monica work a day job as chicken sexers to make ends meet until they can get the vegetation growing. This also sees Jacob showing his resourcefulness by not spending more money on water supplies, passing on that same wisdom to David who, in a visually beautiful segment (Lachlan Milne’s framing of the vast land is often stunning), is filled with pride at the cleverness of his son. Jacob also makes an investment in a religious veteran seeking work and looking to atone for past sins (Will Patton), showing yet another tender relationship between characters. The characters that populate Minari not only feel real, but their groundedness of lifelike people are one of the only things keeping me optimistic about our actual society having each other’s back.

In terms of culture, that barrier is approached and broken down whether it be from scenes of the children making American friends at a nearby church or the fondness of Mountain Dew. To this family, it’s jokingly water from the mountains, which is one of the strangest and most bizarre things but also pleasant to see the beverage represented in such a wholesome way. These smaller details go a long way in showing how close to the pulse Lee Isaac Chung has his finger culturally for an immigrant Korean family. Naturally, actual minari herbs also play a part but that’s best left discovered for yourself, both at surface value and thematically. 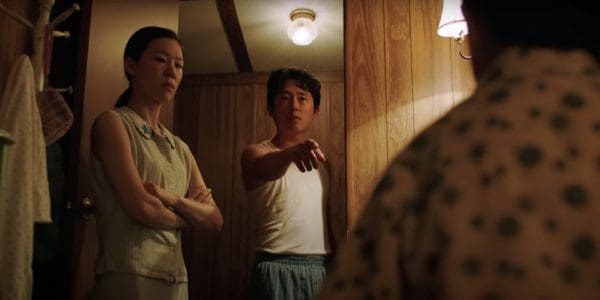 Nevertheless, everyone has something to learn about family in Minari, going on their own individual moving character arcs. Lee Isaac Chung takes this family on a collective journey that is so rich in human behavior and distant from traditional movie storytelling that it’s hard to tell where this family is going to end up, but it certainly cuts right to the heart. It’s a tale of the American dream where the characters all have different ideas of what the American dream actually is, suggesting that maybe such an abstract life achievement is meaningless compared to the importance of a loving and supportive family. Maybe that’s the American dream; something as simple as being together.