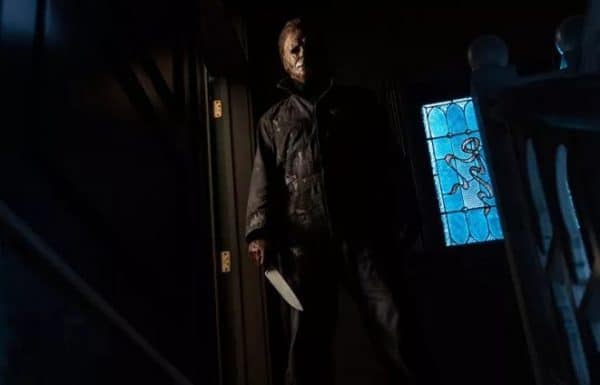 Empire has shared a new image from this year’s horror sequel Halloween Kills which sees the masked killer Michael Myers making his escape from the burning wreckage of Laurie Strode’s home following the events of the 2018 movie.

“This film is about community fear, paranoia, misinformation and crowd panic, this movie is a great popcorn genre movie and not really any kind of statement, but it’s strange how things line up,” said returning director David Gordon Green with regards to the sequel’s ‘timely’ themes. “It couldn’t be a more interesting time to release a movie like this.”

Halloween Kills is currently scheduled to release on October 15th, 2021.