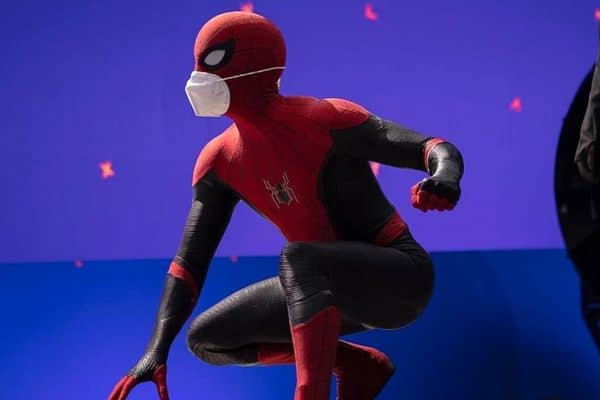 As filming continues on Marvel and Sony’s as yet-untitled Spider-Man 3, some new set photos have made their way online which feature Tom Holland’s Spidey his black and red costume Spider-Man: Far From Home, as well as shooting scenes as Peter Parker alongside Zendaya’s MJ.

The images may not appear too revealing, but the snowy setting and window decorations in the Peter Pan Donut & Pastry Shop indicate that the film will be taking place around the holidays. The MCU’s first Christmas movie? If so, then let’s hope that December release date holds!

Tom Holland is back in his superhero suit while filming #SpiderMan3 in Atlanta – check out the set pics! https://t.co/tSYwasw5Zf