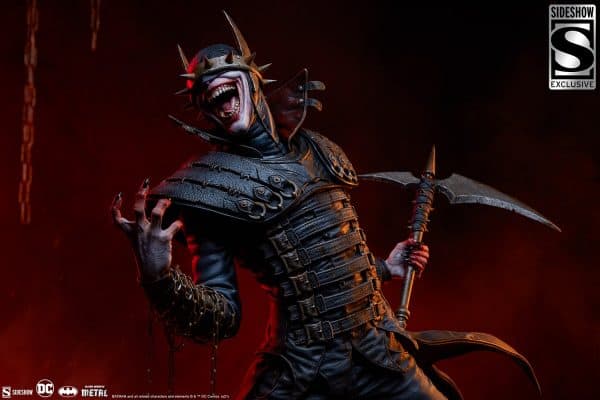 Direct from the Dark Multiverse, Sideshow Collectibles has revealed its new The Batman Who Laughs Premium Format Figure which is available to pre-order now; check out the promotional images here… 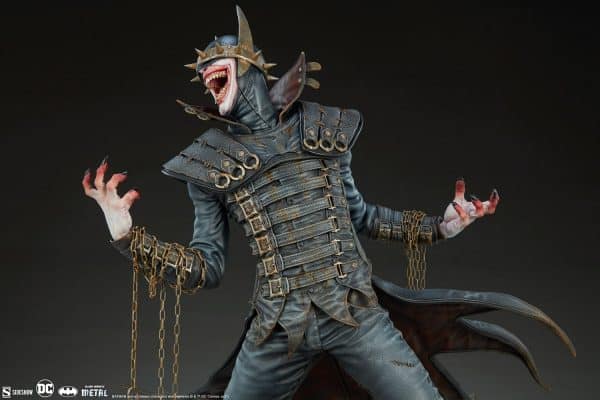 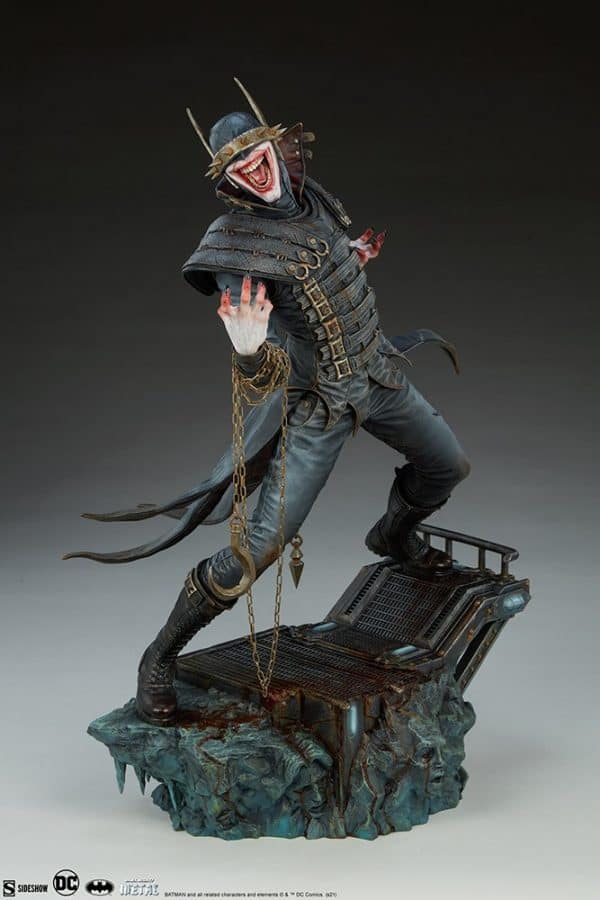 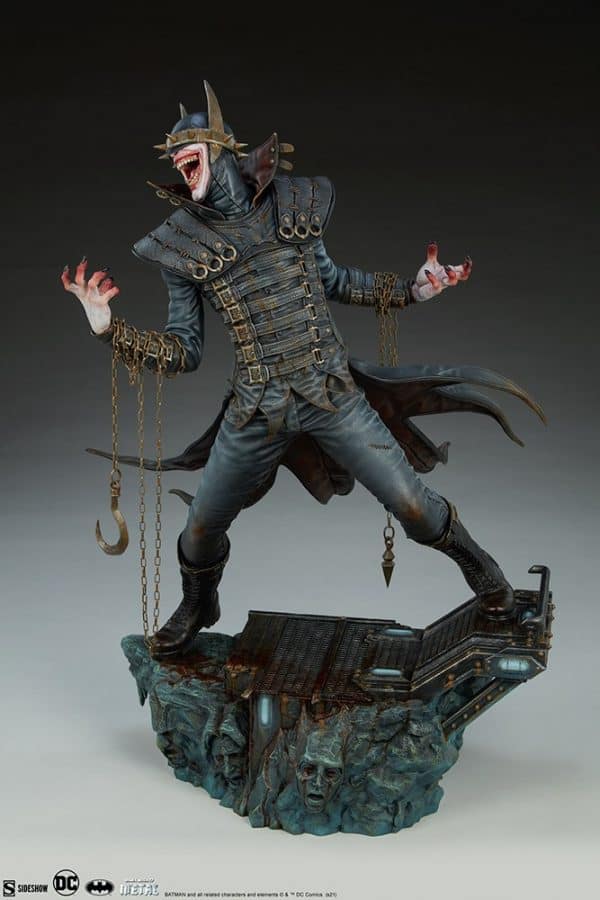 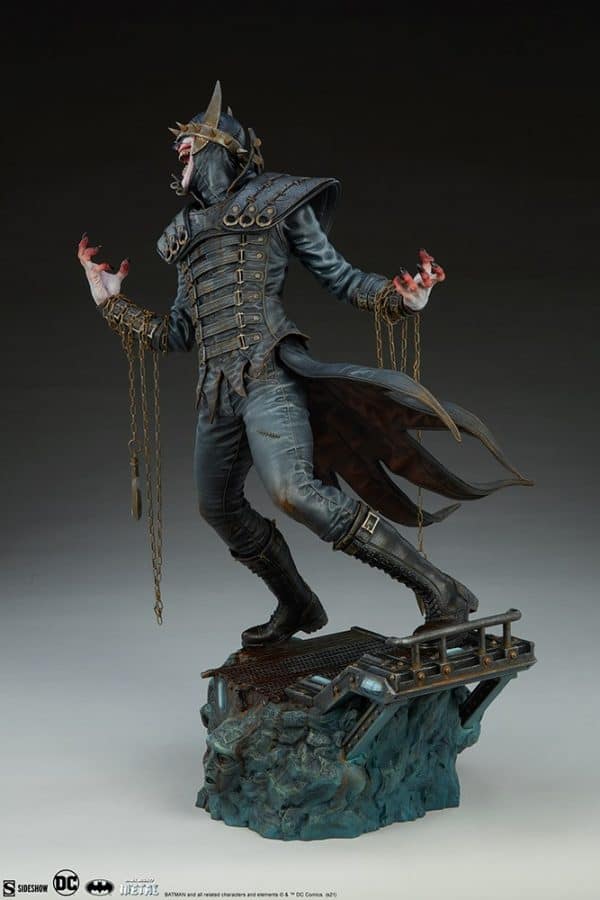 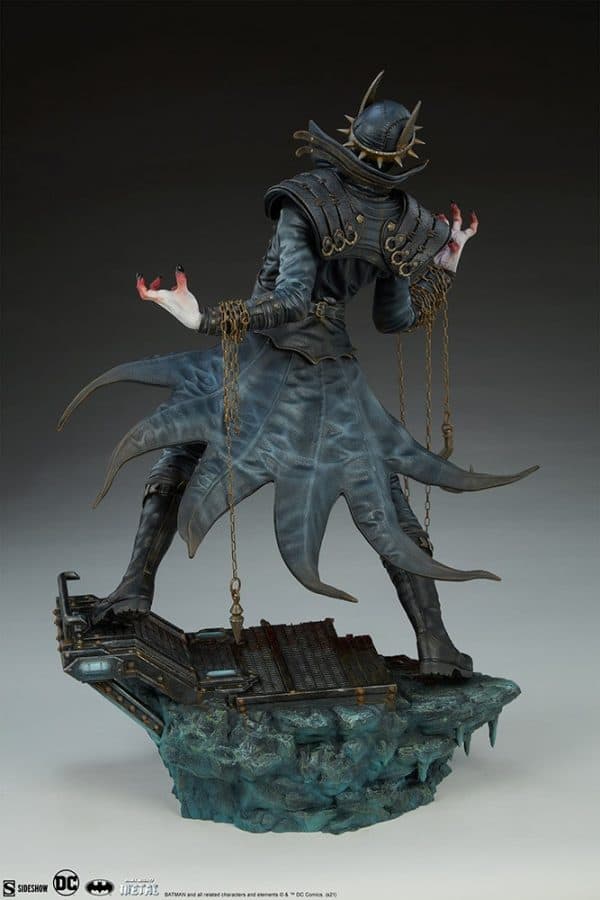 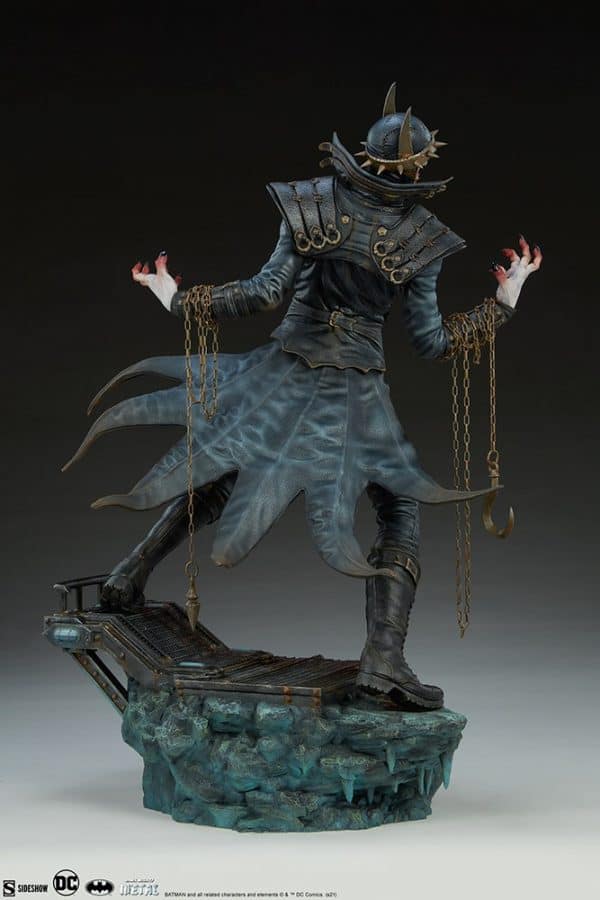 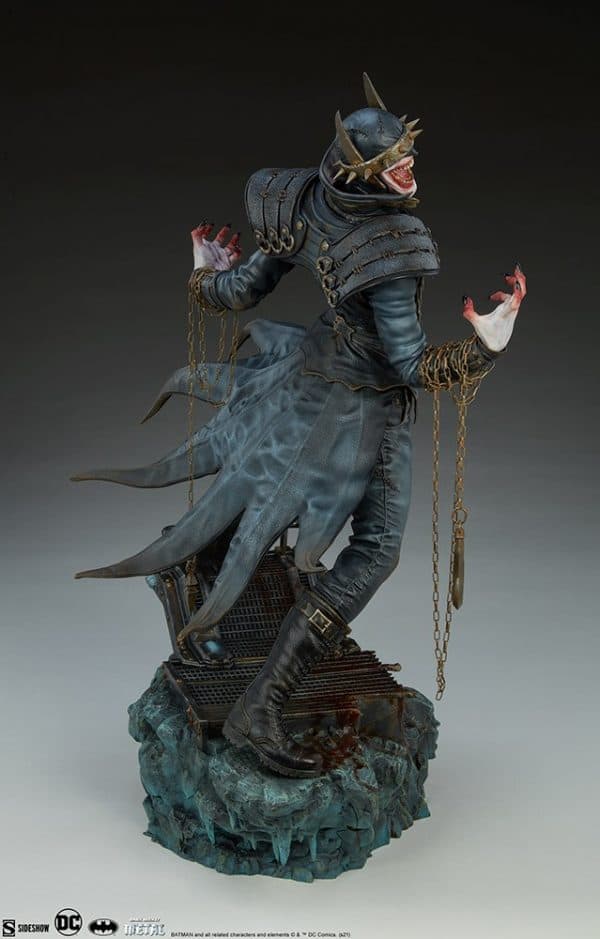 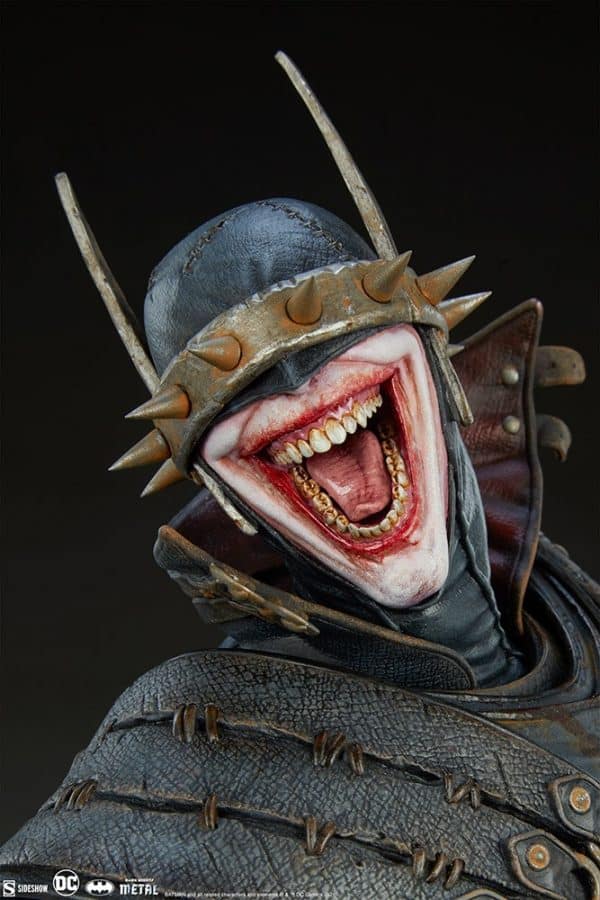 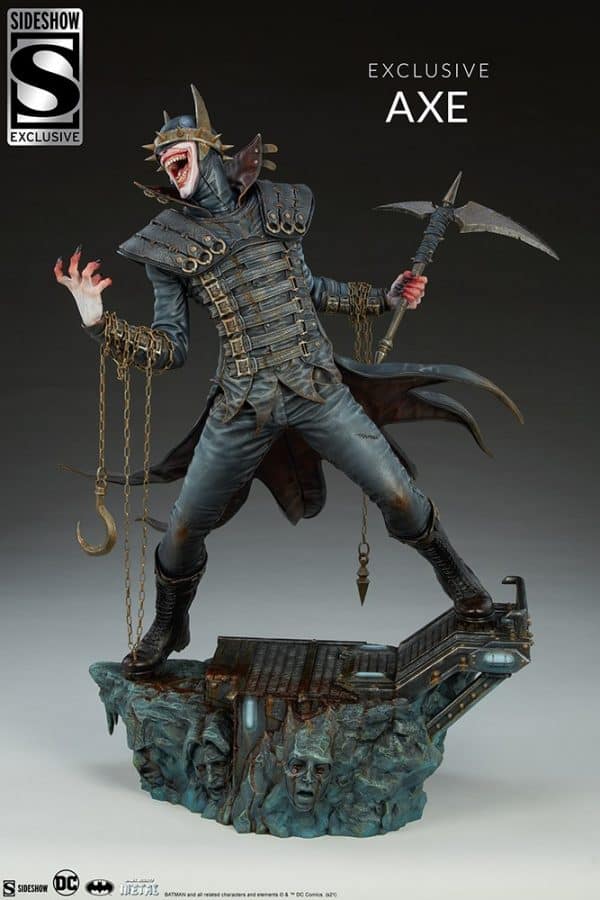 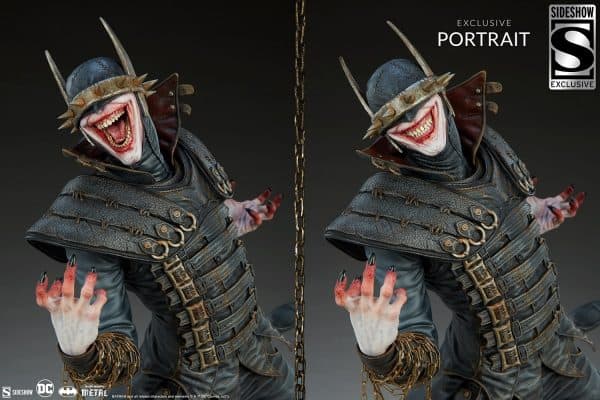 The Batman Who Laughs Premium Format Figure measures 24” tall and 14.5” wide, lording over a dilapidated Batcave base tinged with painted rust and blood details. Horrifying effigies of heroes like Red Hood, Nightwing, and Batgirl are carved into the cave beneath his boots, as a twisted tribute to the legacy of Bruce Wayne’s mentorship. As a cruel combination of Bruce Wayne and The Joker, this intelligent villain is twisted beyond recognition by Joker toxin, turning him into one of the most ruthless sadists the DC Universe has ever known.

The polyresin Batman Who Laughs Premium Format Figure features a fully sculpted costume inspired by his now-iconic appearance in the Dark Nights: Metal series from DC Comics. His flared coat is detailed with realistic leather-like textures, binding him in a bevy of belts, straps, and stitches that evoke a straitjacket motif. His arms are also wrapped in metal chains. True to his name, the Batman Who Laughs has his mouth thrown open wide in a wicked laughing expression that captures the madness and glee of the mind behind his spiked Dark Metal Visor.

The Exclusive Edition of the Batman Who Laughs includes multiple swap-out options to change up the deranged Bruce Wayne’s unnerving appearance. Display the Darkest Knight with an additional axe-wielding left hand or his sinister second portrait, which features a bone-chilling smile, for a multiverse of presentation options.