Martin Carr reviews the third episode of The Stand… 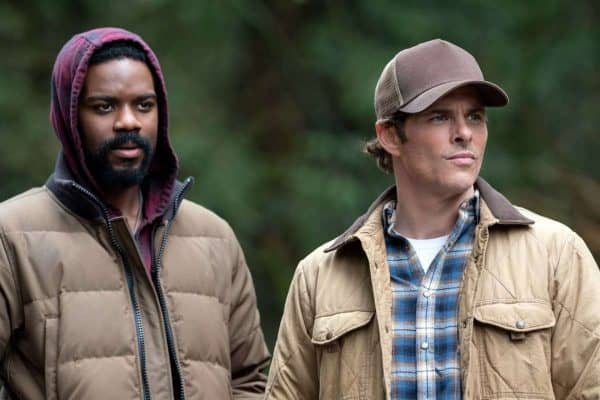 Heaven and hell clash as Ouija board prophecies and biblical references start trickling into The Stand. Back stories continue coming thick and fast as the use of judicious flashback gives audiences a deeper understanding of Nadine Cross. Elsewhere Stu Redman, Fran Goldsmith and Harold Lauder fleetingly cross paths on their way to Boulder. Such is the meandering nature of this expansive narrative that nothing happens hastily. Elements are unpacked, epiphanies metered out with care and threat creeps up unannounced.

Central to that sense of menace is Randall Flagg played with a sinister swagger by Alexander Skarsgard. A dealer, a devil and manipulator of destines, there is a sense of the old-fashioned outlaw in this creation. Making deals, constantly bargaining and never likely to lose out, Randall Flagg personifies everything sordid about humanity. His lascivious intentions work on some, while the restoration of genetic defects tempts another. This embodiment of ill-gotten gains plays fast and loss with human nature, always stacking the odds in his favour. Alexander Skarsgard embraces the seedy side and manifests menace through literal possession. His contribution to ‘Blank Pages’ flies in direct opposition to those selfless acts of salvation metered out by Mother Abagail Freemantle. 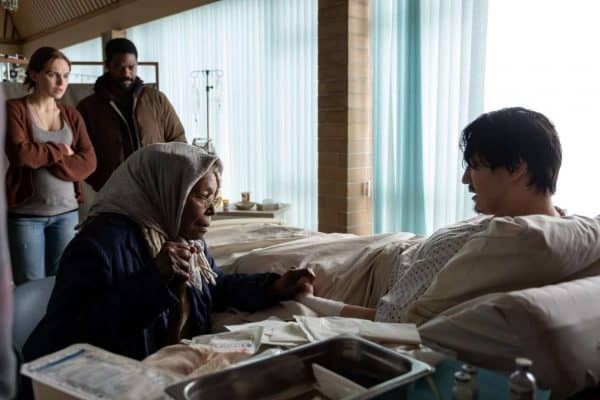 Whoopi Goldberg remains fleeting yet brilliant in the few scenes she dominates. Her omnipotence and faith in the face of demonic opposition grounds everything. Serenity is her default setting and no one questions the things they are asked to do. Her presence both in visions and in person add a reality to this series, which tetters on the brink of disbelief. Around her Henry Zaga’s Nick Andros shows compassion in the face of savagery, only to find redemption through her words of kindness. Mother Abagail binds this motley crew together in a spiritual tryst that salvages some whilst condemning others.

The introduction of Greg Kinnear’s Glen Bateman offers up another standpoint which shuns a return to normality, yet champions self-reliance and remains neutral on matters of faith. That is until such time as that is tested in a genuine fire and brimstone New Testament moment of dramatic intent. It throws down the gauntlet and reveals in Randall Flagg a degree of power that establishes tangible threat. 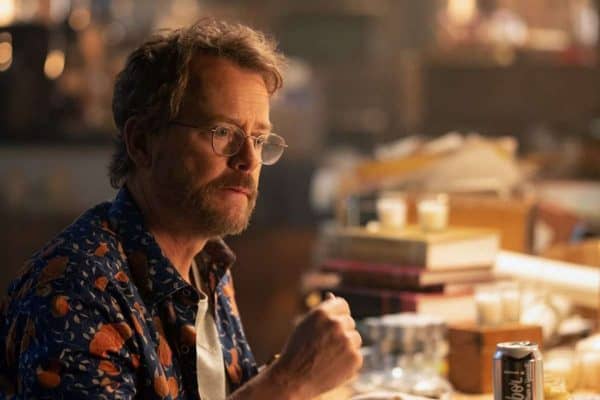 The Stand has become a world building exercise with endless vistas of possibility. It is clear that creators Josh Boone and Benjamin Cavell are attempting to mine this rich vein and shape something of depth, without limiting its ambition. As this vast adaptation begins bringing its central players together it is clear that CBS have fashioned a series of breadth, whilst allowing room for some solid performances. Although its reception stateside has been mixed, this pandemic forebearer should be cut some slack and enjoyed on face value. Comparisons to Stephen King’s magnum opus are not only unfair but subjective, which by definition opens them up to the bias of individual opinion.