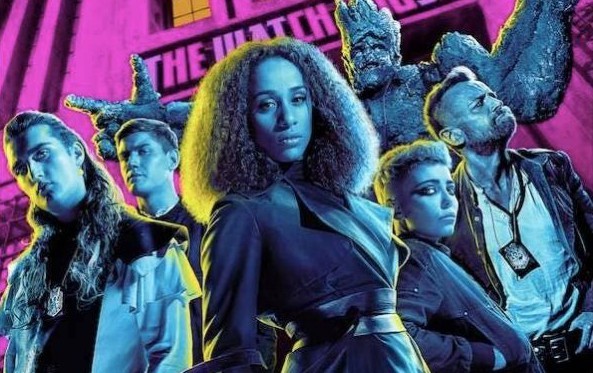 Fans of Terry Pratchett are up in arms. After a teaser trailer which lasted no more a minute and twenty, The Watch has been condemned. You would think the Discworld novels had been burned at a Nazi rally, while effigies of their author sat smouldering on an adjacent pyre. With ardent fans and internet scaremongers fanning the flames of derision, cries of retribution against these creative liberty takers was rife. Thankfully over-reaction is no stranger to those who proclaim themselves bastions of geek culture. A self-anointed majority of trend setters who treat Discworld like scripture, to be guarded over eternally with twenty-one-sided dice.

However, based on this evidence writer producer and showrunner Simon Allen has beaten the odds hitting a home run. Terry Pratchett was a master storyteller who revelled in obscure references, played with popular culture and dabbled in theological ideas. His characters possess abstract traits, engage in narrative digressions and are comedic by accident not by design. Stories appear haphazard in construction but are brought together with the precision of a Surgeon General on top form. 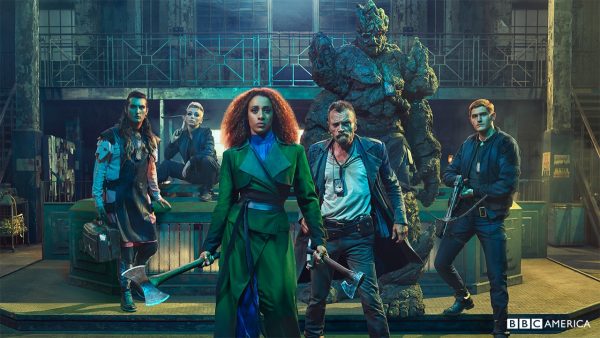 Considering his expansive source material Simon Allen has cherry picked some of the best Discworld elements and created something truly unique. Within the novels Ankh Morpork is a mishmash of architectural influences, converging personalities and narrative conundrums. From episode one The Watch masters this singular tone, introducing its rogue’s gallery of principle players into a story concerning missing library books.

Stand outs amongst the cast include Richard Dormer’s Sam Vimes and Lara Rossi’s Lady Sybil Ramkin. One a wiry inebriate with perpetual guilt another a lady with ulterior motives. Purists may say that this is not the way they imagined Sam Vimes to be but unfortunately everything in literature is subjective. Adaptations only ever capture the merest essence of a fictional creation on screen and do them justice. What has been accomplished with The Watch may not the televisual equivalent of lightening in a bottle, but in terms of world building it works well. 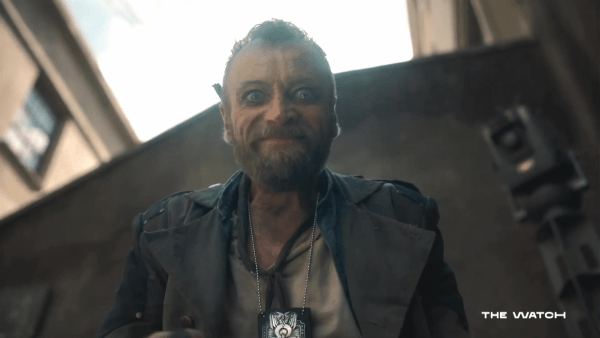 On screen the story pulses within a vibrant ecosystem brimming over with conflicting factions. Everyone is unionised, policing is superfluous and crime non-existent as a result. Weaving a cohesive narrative through this disjointed creation requires diligence, ingenuity and passion. That The Watch manages to encompass a rites of passage sub-plot, savvy murder mystery and believable character arcs into a structure which is ambiguous at best should be applauded. With werewolf human hybrids, disgruntled grim reapers and primate librarians thrown in this Discworld is definitely on point.

After the success of Good Omens this undiluted Terry Pratchett mind meld is completely off the chain. There is no Neil Gaiman to keep those more abstract flights of fantasy in check, stripping it of stability and making things all the more engaging. With a cast devoid of A-listers, The Watch lives and dies on its writing, which is solid from start to finish. Having actors who come with minimal baggage also allows audiences to really buy into this universe and emotionally invest. Spread over six hours, The Watch is a fine companion piece to Good Omens, worthy of both time and effort.

The Watch premieres on January 3rd 2021 on BBC America.