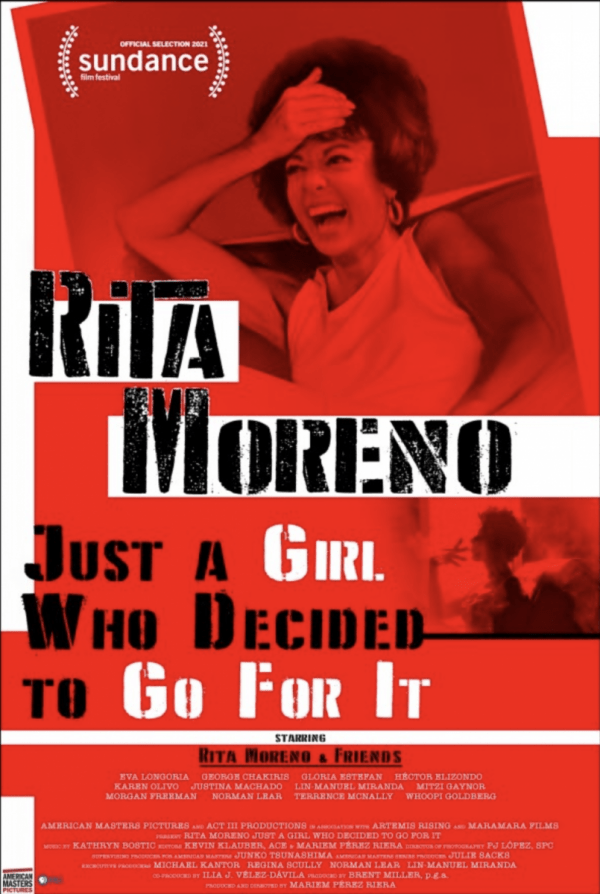 A look at the life and work of Rita Moreno from her humble beginnings in Puerto Rico to her success on Broadway and in Hollywood. 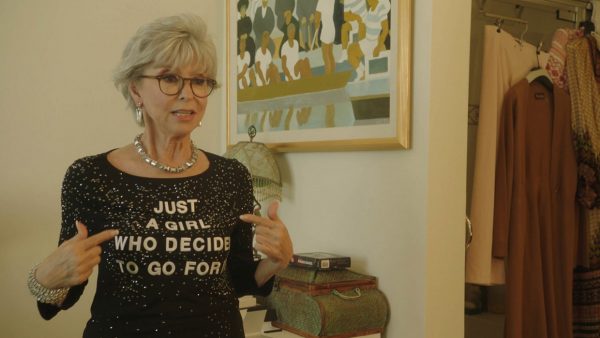 Whether you know her from West Side Story, Oz, or more recently One Day at a Time, there’s little denying Rita Moreno’s statuesque presence in Hollywood, as is entertainingly highlighted in this broad-yet-illuminating portrait from filmmaker Mariem Pérez Riera.

Against the backdrop of the Puerto Rican singer-dancer-actress’ 87th birthday back in December 2018, Riera melds Moreno’s own blisteringly frank commentary with extensive archive footage and perspective from the family, friends, and colleagues who know her best.

Even if your knowledge of Moreno’s career is limited to her touchstone projects, she’s an irresistibly droll and charming subject, both through her hilariously irreverent observations and sheer strength of spirit despite her advancing years. Hell, she even still drives herself to and from the One Day at a Time set.

Though the documentary understandably trains much of its focus on West Side Story, it also breezily charts her more general, all-encompassing quest to become a “whole person” throughout her life, set against the thematic axis of Hollywood’s toxic underbelly.

Riera’s film captures the ebb and flow of both fame and happiness over a 70-year career, briefly tracing her humble origins as a Puerto Rican transplant to New York City in 1936, brought to the U.S. by her mother while her brother, Francisco, was heartbreakingly left behind with her father. Moreno encountered prejudice both from the white majority and also other immigrants competing for limited resources amid the miasma of the Great Depression, where dancing and singing for a living surely seemed a most distant possibility. 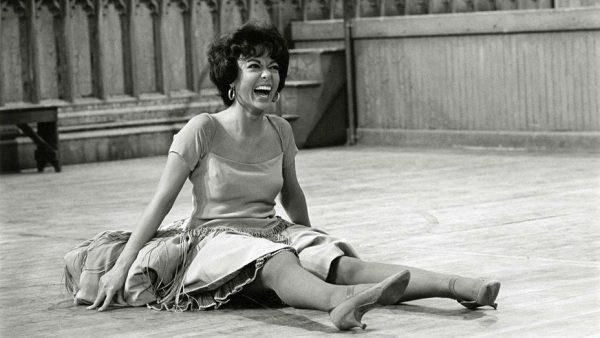 But by 16 years of age Moreno was the “breadwinner” for her family, and while styling herself as the “Puerto Rican Elizabeth Taylor” caught the eye of MGM’s Louis B. Mayer, in turn kickstarting her Hollywood career, it also led to a cycle of sexualisation and abuse. As a young contract player she was expected to go on staged dates with actors, laugh off harassment from studio big-wigs, and simply accept the predatory nature of an industry that preys on young, beautiful women. As one filmmaker told her, “Shut up and be sexy.”

Sadly Moreno has far more discomforting stories than this to tell; rape at the hands of an early agent, an obsessive, deeply unhealthy relationship with Marlon Brando which led to a botched abortion, and even a suicide attempt. Even her 45-year marriage to doctor Leonard Gordon is suffused with anguish due to their opposed life philosophies, to the extent that Moreno confesses she was relieved when he passed away in 2010, if regretful that she spent so much of her life in the relationship.

The doc devotes just as much time to examining representation in Hollywood and the blatant racism she and other minority actors were subject to, shoehorned into racist caricature roles as were the only opportunities made available at the time. Riera also handily grapples with the nuanced challenges of her Oscar-winning performance as Maria in West Side Story, noting the poorly-aged use of “brownface” and perception among many Puerto Ricans that she negatively portrayed them.

This speaks to the complexities of representation, especially in earlier eras of Hollywood, as White Hollywood had such a strong tendency to conflate any race or nationality that wasn’t white – and often still does.

After all, a lack of representation not only presents a skewed view of what a minority group is to the white majority, but back to the group being represented itself. And of course, breaking outside of Hollywood’s well-established lanes of racial designation is only infinitely harder for women, such that Moreno scarcely worked in movies for the decade that followed her Oscar win. Riera and Moreno both neatly link this to today, considering the context of the #MeToo movement and increased representation for a wider spectrum of people, including older performers. 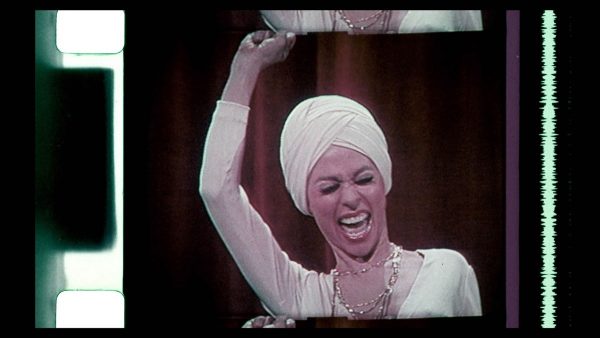 Even with all she’s suffered through in order to attain success, Moreno is a picture of courage and uncommon resilience, who despite the enormous abuses and prejudices she’s suffered through, had the energy to campaign for the rights of others amid the civil rights movements of the ’50s and ’60s, even being present for Martin Luther King Jr.’s iconic “I have a dream” speech.

Her career also sprung out in unexpected directions following West Side Story, becoming the first Latina to complete the coveted “EGOT” (Emmy, Grammy, Oscar, Tony) by the end of the ’70s through her appearances on The Muppets, Electric Company, and The Ritz respectively. This isn’t to ignore her career-reinventing appearance as Catholic nun Sister Pete on HBO’s sublime prison drama Oz, which awards bodies bafflingly overlooked.

All in all, Rita Moreno: Just a Girl Who Decided to Go for It may spend much of its time exploring the malignant miasma of Hollywood and possible “cost” of success, but there is also an optimism, elicited by Moreno herself, for a future with less barriers and less abuse, and more room for people like her to tell their stories. And though close to 90 years old today, she makes it clear she’s still growing; self-actualisation is a lifelong process, and if you aren’t constantly evolving, what are you even doing?

While far from comprehensive, Riera’s documentary presents a candid travelogue of Rita Moreno’s life and times, with typically witty insight from the subject herself.