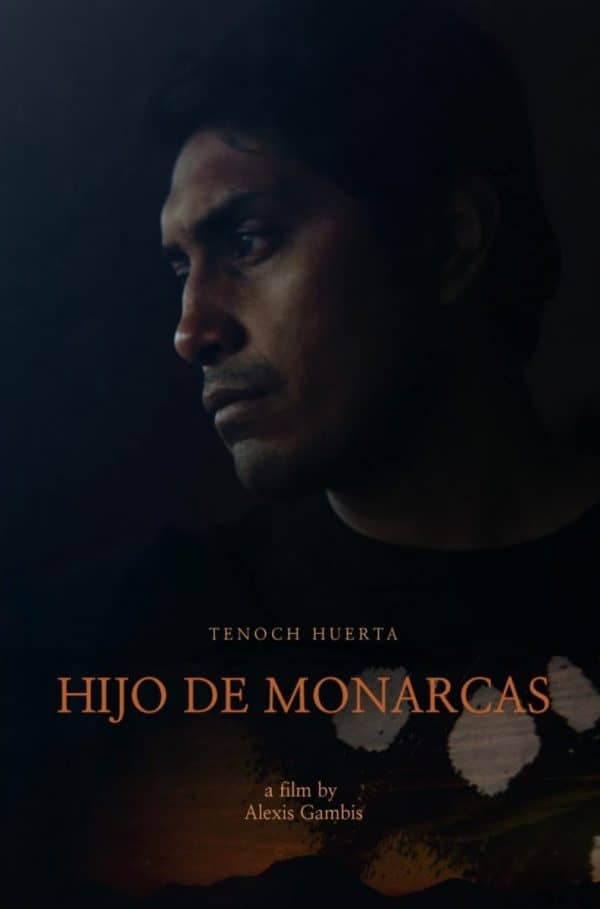 A Mexican biologist living in New York returns to his hometown, nestled in the majestic butterfly forests of Michoacán. The journey forces him to confront past traumas and reflect on his hybrid identity, sparking a personal metamorphosis. 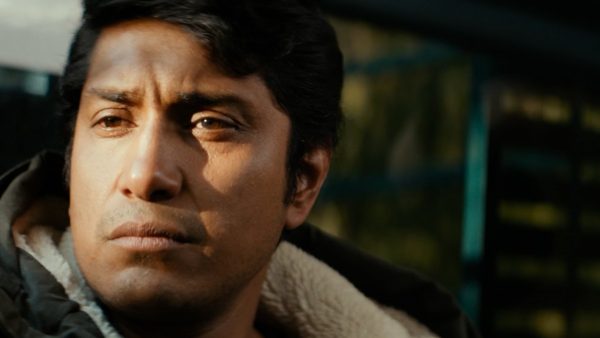 Mendel (Tenoch Huerta) is a Mexican-born scientist living in New York, whose career is devoted to mapping the genetics of monarch butterflies, where manipulation of a gene known as optix can drastically alter a monarch’s coloured appearance.

Successful though he is, Mendel is plagued by a tragic past, his parents killed in a flood in his youth in Mexico, one which nearly also claimed the lives of himself and his brother Simon (Noé Hernández). Mendel travels home to attend the funeral of his grandmother, unearthing decades of buried trauma, anxiety, and guilt in the process, as Simon, whose life hasn’t flourished quite the same, clearly resents Mendel for leaving him.

If it seems like Gambis’ film is primed to take a straight-forward throughline towards two diametrically opposed brothers reconnecting, Son of Monarchs really isn’t that movie at all. And while that leaves Gambis with a wide-open space to venture in an altogether more adventurous direction, his drama too often settles for emotional vagueness, delineated subplots, and a flat-out unwillingness to bring its characters and themes in concert.

It’s a shame as there’s so much working for this film, not least an immediately intriguing character torn between two nations. Gambis abruptly cuts between both time periods and countries in an instant, yet the result is more often scattered than it is enticing.

Though it’s clear there’s a significant personal component to this story, the overwhelming heavy-handedness of the central butterfly motif – mirroring Mendel’s own travel and metamorphosis – soon becomes wearisome, no matter how beautiful the close-up shots of Mendel examining his insects are. 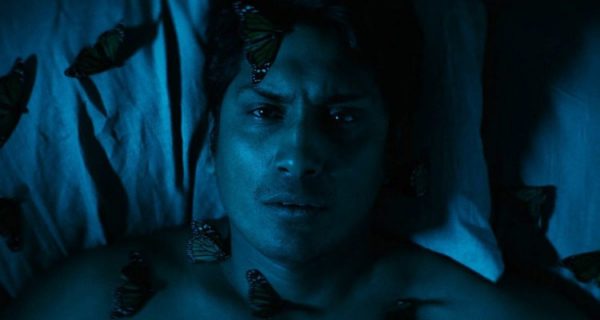 By the time he stares at a scientific magazine called Evolve, it feels like we’re being enthusiastically bashed over the head by the affected, artsy parallels, even if they’re not nearly as grating as a trio of corny mid-film visions in which Mendel dreams himself drowning and witnesses giant CGI butterfly wings spread across the side of his apartment. Similarly, the environmental message – taking easy shots at Donald Trump and our general plundering of natural resources – feels unfurled totally perfunctorily.

But Tenoch Huerta’s naturalistic performance is the ballast which so often keeps the film watchable even when at its most obnoxious. He’s forced to internalise much of Mendel’s torment, yet does a solid job conveying a man struggling to make sense of his place in the world. The entire cast is appealingly grounded, really – though a cameo from the better-known William Mapother as Mendel’s boss is perhaps a tad distracting – even if Noé Hernández is shockingly underused as Simon, leaving the film feeling rather emotionally unmoored.

Gambis’ direction is certainly well-trained, at least; he handles his cast ably and executes an appealingly epic sweep across the two featured nations, though it’s often Alejandro Mejía’s rich lensing which best shines here. The juxtaposition of Mexican warmth with New York’s concrete cool combines with handsome up-close butterfly photography – all of it exactingly edited by Gambis and Èlia Gasull Balada, and accompanied by Cristóbal Maryán’s gorgeous score, vacillating between soft piano and urgent strings.

It’s just a shame, then, that Son of Monarchs is so aggressively meandering, even as a mere 97-minute sit. A subplot involving Mendel’s American girlfriend Sarah (Alexia Rasmussen), a paralegal who works for a human rights outfit and enjoys trapeze in her spare time, feels like total dead weight beyond accentuating Mendel’s already palpable sense of personal, cultural conflict.

There’s little in the way of an emotional breakthrough here or a base confrontation of the focal issue, which while clearly the intent makes the film feel opaque and diffuse once it’s all over. That it still has so much meritorious in terms of its cast and technicals is immensely frustrating.

As on-the-nose and ploddingly paced as it is well-acted and visually sharp, Son of Monarchs fumbles its weighty, potential-rich setup.