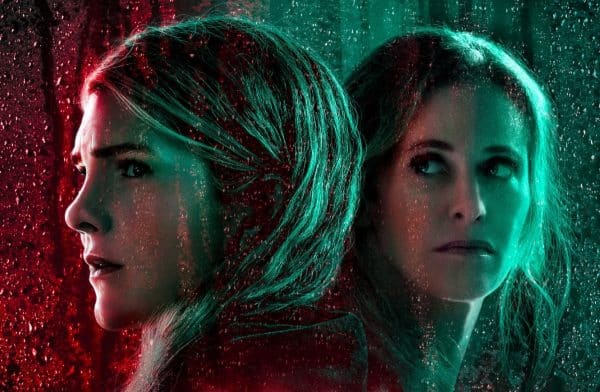 Tell Me Your Secrets is a densely plotted psychological drama from the pen of Harriet Warner, which rests squarely on the shoulders of Lily Rabe, Amy Brenneman and Hamish Linklater.

Of the three it is Lily Rabe’s Karen who does much of the heavy lifting to begin with, as a convict relocated and cloaked in a new identity following conditional release. Under an assumed name, living in a strange town and looking to escape former associations her only support system is a government approved counsellor slash therapist. Amy Brenneman meanwhile, plays an emotional casualty of those transgressions hell bent on finding closure over the disappearance of her daughter.

Thematically it successfully juggles contentious topics, layered performances and taut atmospherics. Set up is slow, character progression incremental and flashbacks pivotal in a show which takes its time gaining momentum. 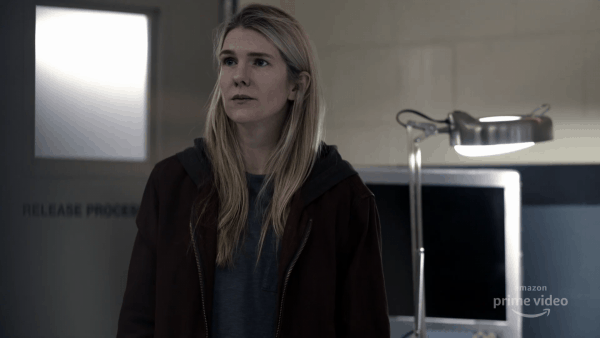 In early episodes it is Hamish Linklater’s reformed sex offender John Tyler who impresses most. Emotionally stunted, intentionally precise and openly systematic in his behaviour, this creation manifests genuine conflict through a multitude of quirks. Interactions with Amy Brenneman’s Mary Barlow are verbally analysed in camera, as their lives become increasingly intertwined.

For her part Mary is defined by grief, filled with rage and alienates anyone who serves no purpose. Driven by an insatiable need to see justice done for the abduction of her daughter, she is a mother perpetually pushing everyone to breaking point. Emotionally separated from friends and family, Mary uses every resource and exploits every avenue of investigation.

What writer Harriet Warner does here is explore the thin line between justice and retribution. Much of Tell Me Your Secrets feels predictable while the performances although excellent, remain tried and tested variations on a theme. As an accomplice, instigator and suspected perpetrator Lily Rabe plays things close to her chest. Karen Miller comes across like low class trash in flashback, enamoured by Xavier Samuel’s Kit Parker. 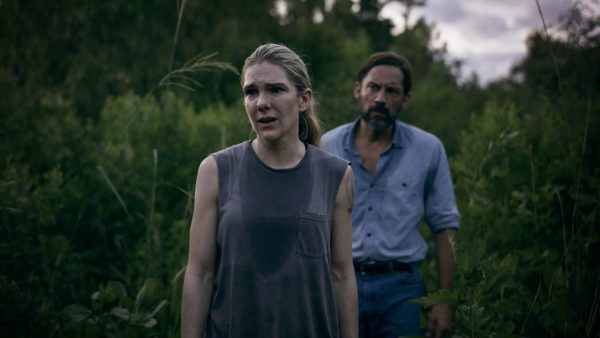 Like a latter day Bonnie and Clyde without the bank robberies, their pilgrimage across country slaughtering teenage girls is rarely seen. Although the crimes are described in detail and a sense of parental loss is prevalent, Tell Me Your Secrets fails to engage on that level. Sub-plots between Lily Rabe’s Karen Miller and Chiara Aurelia’s Rose Lord are more compelling, while her counsellor slash parole officer played by Enrique Murciano feels stereotypical.

This show may be heavy on atmosphere but bounces back and forth in time sharing Karen’s experiences, which lends events a fragmentary feeling. Stretching the premise over ten episodes makes the material feel quite thin and padded out. Tell Me No Secrets would have been more effective as an eight episode run of forty minutes a piece, rather the aforementioned ten clocking in at nearly an hour.

With needless segues into lascivious liaisons between Mary Barlow in full cougar mode and innocuous diversions which add little, Tell Me Your Secrets is entertaining enough but brings nothing new to the table. Unfortunately, solid performances, impressive production design and thematic intent can’t save this show from feeling inherently predictable. 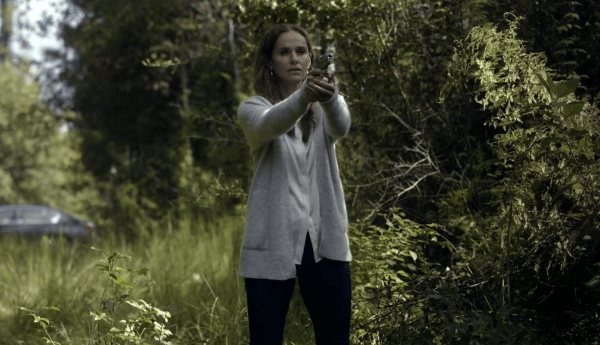 Tell Me Your Secrets is available from February 19th on Amazon Prime in the US.