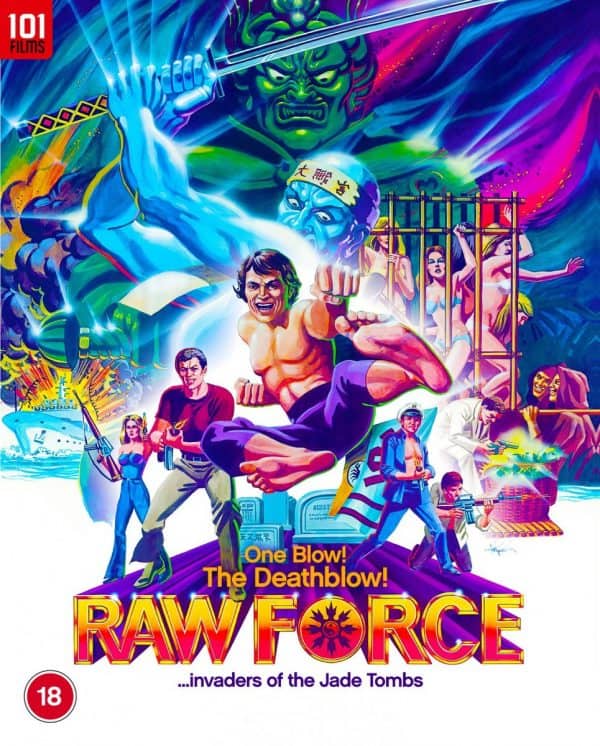 Welcome to Warrior’s Island, burial ground of disgraced martial arts masters! When the Burbank Kung Fu Club travels to this mysterious island, they quickly find themselves facing the bloodthirsty vengeance of flesh-ripping, kung fu fighting zombies, gun-toting white slave traders and a band of strange monks, who may be the only key to explaining the madness. 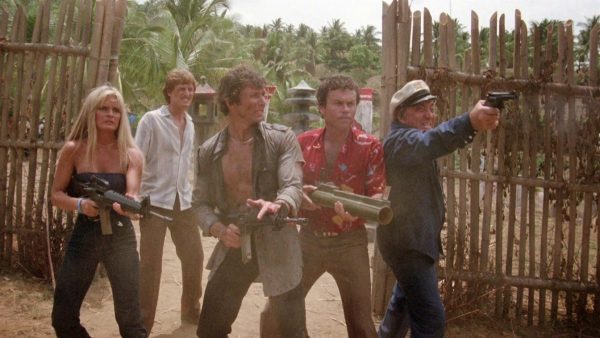 But for context let us just assume that the vague story about a group of kung fu students travelling to the remote Warrior’s Island, where the ghosts of disgraced martial artists are said to haunt along with some local monks who are rumoured to raise the bodies of the dead, is something we care about. To get to Warrior’s Island, said students hitch a ride with old sea dog Cameron Mitchell on his boat, along with several women whose clothes just seem to fall off, a male stripper with a mullet and facial hair that the 1980s Liverpool FC team would be jealous of and various other quirky characters who just seem to be there for no reason – check out the weird skullet guy who breaks blocks of ice with his head. 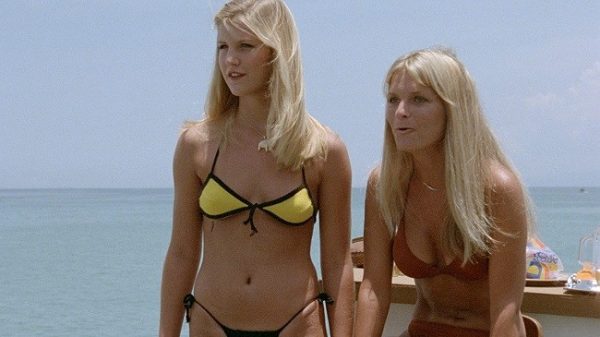 Also making his way to Warrior’s Island is Thomas Speer (Ralph Lombardi in his only acting credit, unsurprisingly enough), a Nazi mercenary who, for reasons that clearly don’t require anonymity, models his look on Adolf Hitler and sells women to the monks in exchange for the large quantities of jade that are mined on the island. In the opening scene he arrives on the island with his Rambo-lite henchman and proceeds to rip the clothes off the women they have taken there to sell to Vic Diaz – a man who looks like he behaves like this in real life – before a kung fu zombie leaps out of the bushes and goes to work on one of the women with a samurai sword (because zombies need to use swords, obviously); it is at this moment that you will know if Raw Force is for you or not. If it isn’t, eject the disc and continue with your life safe in the knowledge that there are plenty of inoffensive plot-driven character pieces on the streaming channels for you to gorge on. However, if you watch this scene and decide you want more kung fu zombies and sexually aggressive monks with black magic powers then strap in because you are in for a treat.

From the moment the blue-faced (and remarkably well fed) zombie splits the helpless woman open with his blade Raw Force doesn’t let up as the B-movie tropes come thick and fast and there is barely a moment when there isn’t something mad happening. Granted, most of it doesn’t make sense and the acting is hardly of a standard to make you want to route for anybody in particular (except for Vic Diaz because… well, it is Vic Diaz) but one thing you cannot accuse Raw Force of is being dull, and never has the finale of a movie been as outright bonkers as this; Cannon Films must have been taking notes. 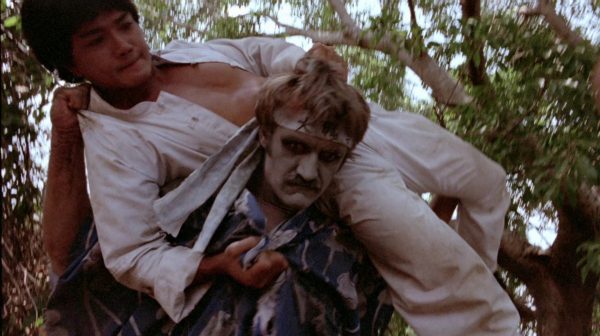 Featuring all manner of violent craziness and wild behaviour, Raw Force is a movie that you will either adore and fully embrace to your grindhouse-loving bosom or you will hate it with every fibre of your being and probably break out in hives just thinking about how (gloriously) offensive it is. Featuring an audio commentary by The Reprobate’s David Flint and film critic Adrian Smith, and a short making-of featurette where director Edward D. Murphy tries to explain just what the hell he was thinking of when he made the film, 101 Films continue their current run of releasing somewhat obscure titles in excellent packages for connoisseurs to froth over and for newbies to discover, and if this is an example of what is on offer then long may they continue to do so.