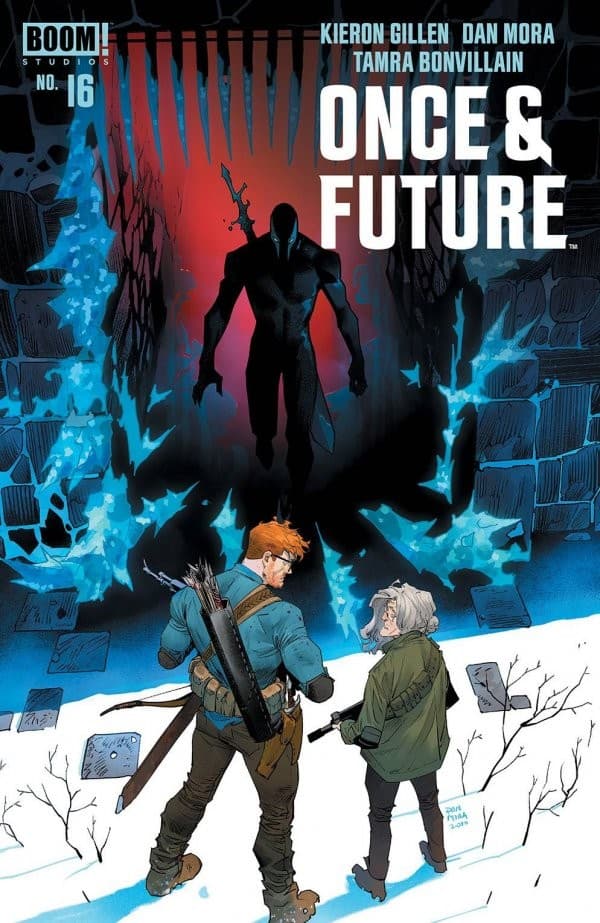 The later the issue the number, the darker the story. That’s my thoughts on Once & Future as a series, and the story arc that is currently running is incredibly gripping. The weaving of mythology and modern adaptation is outstanding, and the dark overtones make for some incredible imagery. The tale in this issue throws us into some of the most beautiful artwork in the series yet, with images that will keep you enthralled.

Duncan and Bridgette plunged into the otherworld, their investigation bringing them in the presence of Lancelot. The imposing figure who stirs from his dazed state finds himself searching for a lost love. Sadly in the last issue we realised that Duncan’s mother (going by the name Nimue) tricked Lancelot by taking on the role of his lover.

All the players who are taking on the different elements of Arthurian figure has a huge role to play in the upcoming issues. To bang on from my issue #15 review, the overlapping tales are one of the most intriguing parts of this entire story. When they come to fruition, I will be excited to see how some of the pay off is going to be delivered. 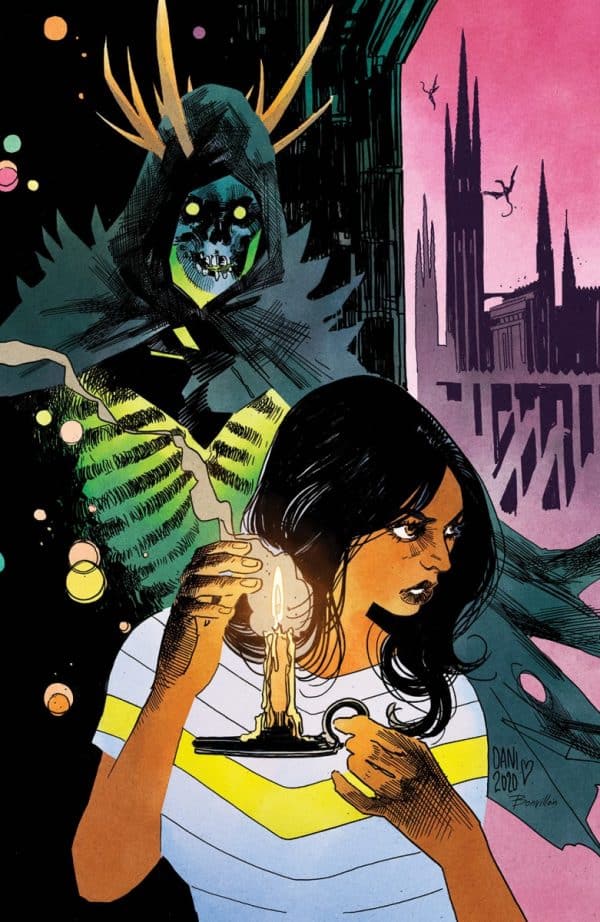 This issue starts to introduce new elements of what organisation Bridgette worked – or possibly still works – for, and how they keep the whole world ignorant of the realm behind the veil. The new characters quickly throw in some possible future plot points to explore and what the shadowy government figures need and want from these events.

All in all another strong story, with a very good level of pacing. The introduction of new characters at this stage in the proceedings was slightly irritating at first, but we quickly see the benefits from these new characters.

This is a fantastic issue and believe that this arc is hands down a thousand times better than the previous Beowulf arc, with a story much more compelling.