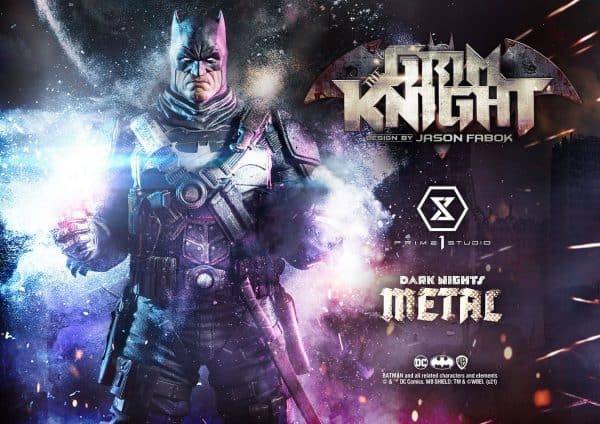 Sideshow and Prime 1 Studio has unveiled the 1:3 scale Museum Masterline The Grim Knight statue from the Dark Nights: Metal comic book series, which is designed by Jason Fabok. The DC collectible is available to pre-order now; priced at $1,249; take a look at the promotional images below… 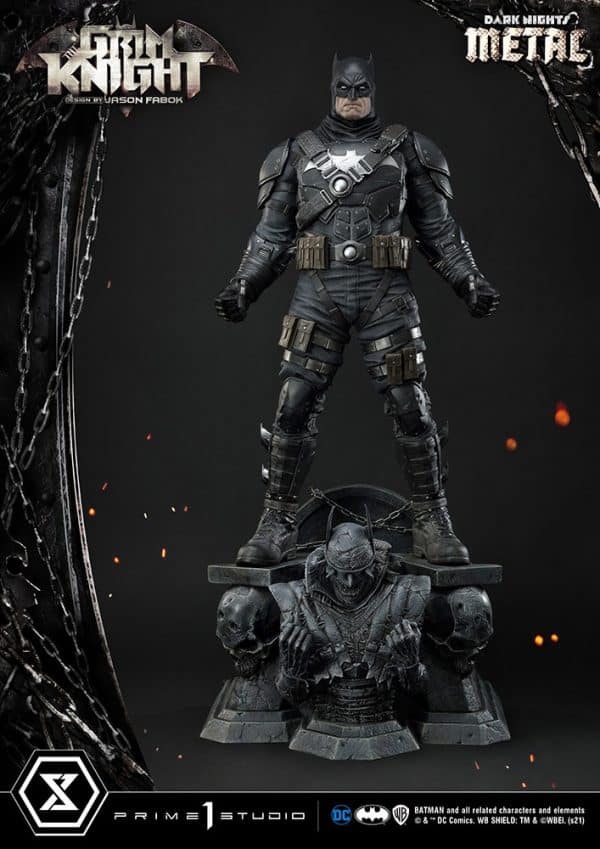 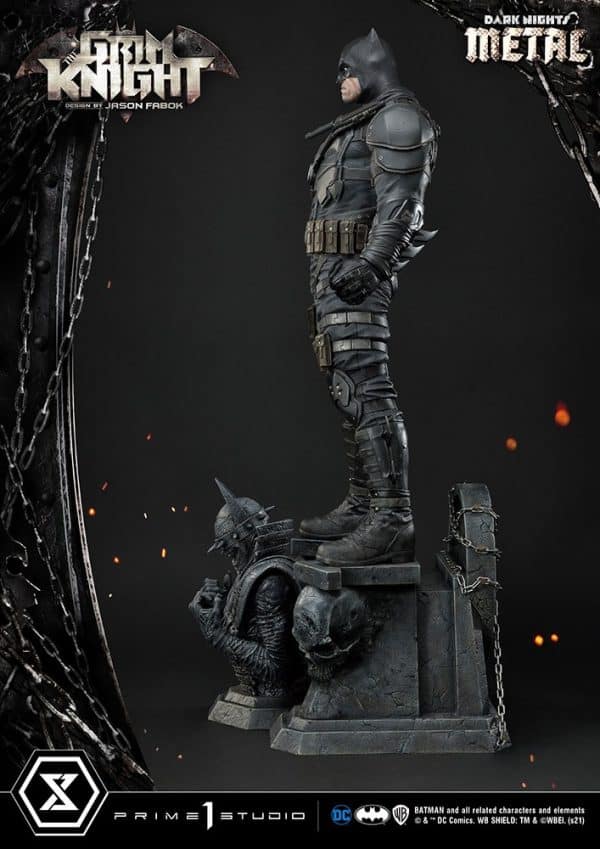 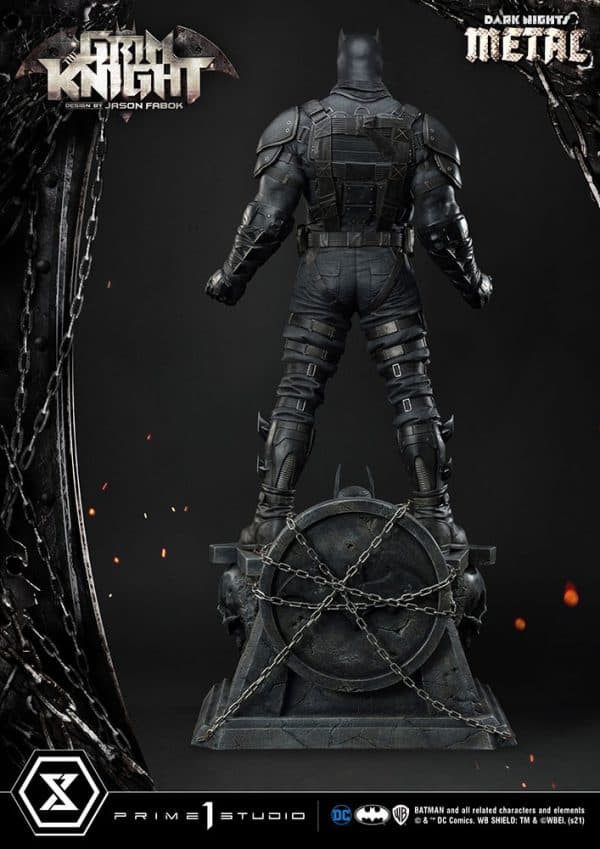 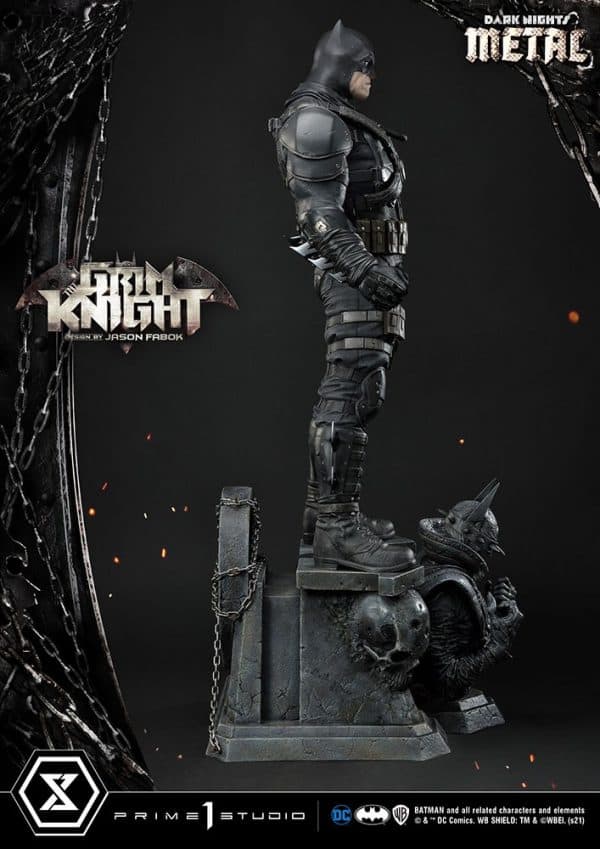 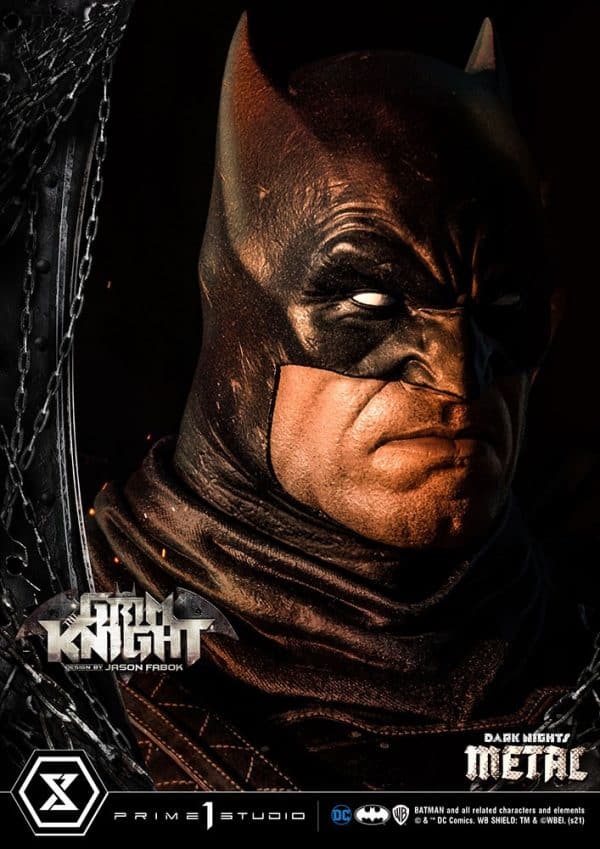 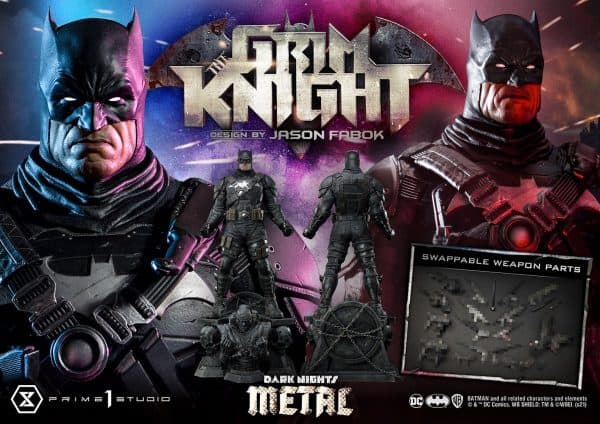 Another Dark Multiverse, Bruce Wayne, this alternate version of Batman, unlike Prime Earth’s Batman, takes a lethal, more vigilante-style approach to crime-fighting. Giving no mercy to taking the life of those who he feels deserve it. Going back to his childhood, when Joe Chill kills his parents, instead of being overcome by fear, young Bruce is overcome by anger, and we have the birth of The Grim Knight.

Through close collaboration and direct inspiration based on Jason Fabok’s iconic cover art, The Grim Knight stands 33 inches tall in a strong center-styled museum pose with weapons drawn! Recruited by The Batman Who Laughs and becoming second in command, The Grim Knight is “The Batman At Total War” and is quite literally the “Deadliest Man Alive.” His numerous arsenals are all included as swappable weapons, and this could make him the most dangerous version of Batman yet.