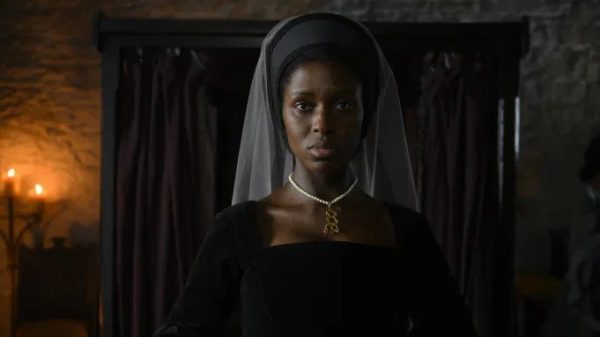 Written by Eve Hedderwick Turner, Anne Boleyn is describes as “a psychological thriller rather than a stuffy period drama” and “shines a feminist light on the final months of Boleyn’s life, re-imagining her struggle with Tudor England’s patriarchal society, her desire to secure a future for her daughter, Elizabeth, and the brutal reality of her failure to provide Henry with a male heir.”

“There’s so much about her story that feels modern,” said Turner-Smith. “It’s one I can relate to as a Black woman, and it shows how little has changed in terms of our desire to tear down powerful women, to not let them live in their truth.”