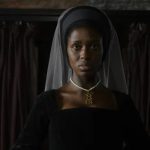 The Witcher season 2 is gearing up for a premiere soon, but it’s back to the drawing board for its spin-off series as Deadline reports that Jodie Turner-Smith has exited The Witcher: Blood Origin, the upcoming prequel to the hit Netflix series. In a statement to Deadline, a Netflix spokesperson says the exit comes with […] 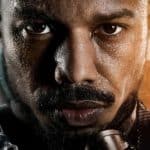 With a little over three weeks to go until Tom Clancy’s Without Remorse arrives on Amazon Prime, a new poster and the final trailer have been released for the upcoming action thriller which sees Michael B. Jordan lead the cast as Navy SEAL John Clark alongside Jamie Bell, Jodie Turner-Smith, Lauren London, Brett Gelman, Jacob […] 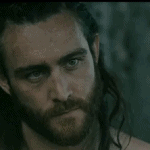 Netflix’s The Witcher: Blood Origin, the prequel to the Henry Cavill-led fantasy series The Witcher, has just cast its second leading role. Deadline reports that Laurence O’Fuarain (Vikings) has joined Jodie Turner-Smith in the upcoming series. O’Fuarain will play a character named Fjall. His description is: “Born into a clan of warriors sworn to protect a King, […] 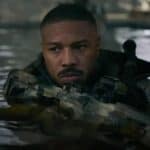 Amazon Prime Video has released a trailer for the upcoming feature adaptation of Tom Clancy’s Without Remorse. The action thriller stars Michael B. Jordan as John Clark, a Navy SEAL seeking justice for the murder of his wife, who joins forces with his fellow SEAL Karen Greer (Jodie Turner-Smith) and CIA Agent Robert Ritter (Jamie […] 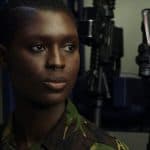 Jodie Turner-Smith is about to get a little witchy as Netflix has cast the British model and actress as the lead in The Witcher’s upcoming prequel series The Witcher: Blood Origin. Turner-Smith will reportedly play a fierce warrior named Éile. Éile was blessed with the voice of a goddess, and she shall see her character […] 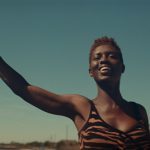 After yesterday’s announcement that Jamie Bell has joined Michael B. Jordan in Without Remorse, Collider has further casting news with the site reporting that Jodie Turner-Smith (Queen & Slim) is the latest to join the Tom Clancy adaptation. Turner-Smith is said to play a CIA field agent named Greer. Whether this is a gender flip of […] 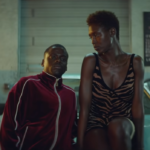 Entertainment One has released a new trailer for the unflinching new drama Queen & Slim starring Daniel Kaluuya (Get Out) and Jodie Turner-Smith (Nightflyers). Watch it here… While on a forgettable first date together in Ohio, a black man (Get Out’s Daniel Kaluuya) and a black woman (Jodie Turner-Smith, in her first starring feature-film role), […] 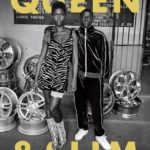 A new trailer and poster have been released for director Melina Matsoukas’ upcoming drama Queen & Slim which stars Daniel Kaluuya (Get Out) and Jodie Turner-Smith (Nightflyers) as a retail employee and criminal defense lawyer, who after their first date are forced to go on the run after accidentally killing a police officer in self-defense; […] 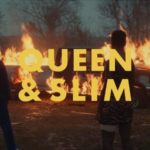 Universal Pictures has released the first trailer for the upcoming drama Queen & Slim. Directed by Melina Matsoukas and written by Lena Waithe, the film stars Daniel Kaluuya (Get Out) and Jodie Turner-Smith (Nightflyers) as a young couple forced to go on the run after accidentally killing a police officer in self-defense; watch it here… […]