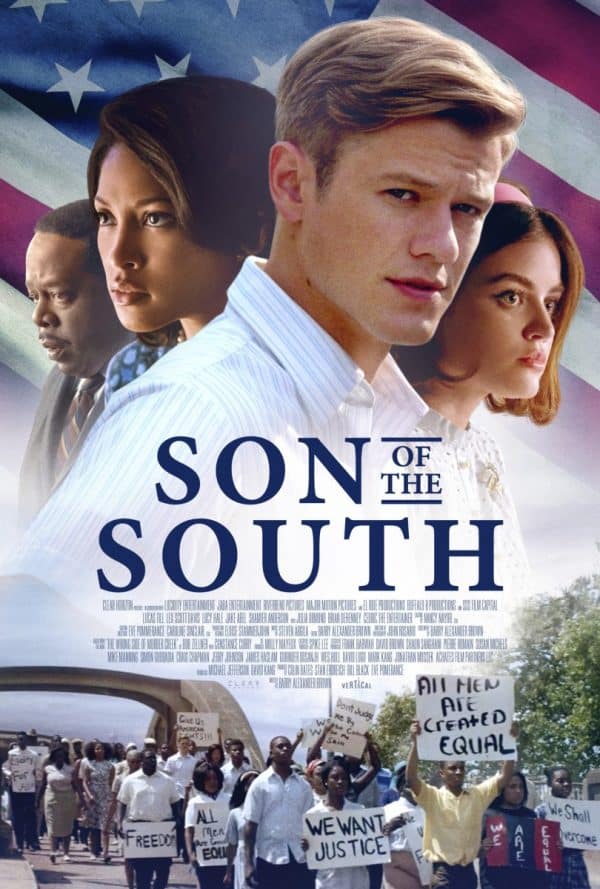 A grandson of a Klansman comes of age in the deep south and eventually joins the Civil Rights Movement. Based on Bob Zellner’s autobiography “The Wrong Side of Murder Creek.”

Beyond the clever title riff, there’s not much positive to say about Son of the South (the latest from Barry Alexander Brown, the frequent editing collaborator of Spike Lee which explains his executive producer attachment to this mess). Based on the autobiography of Bob Zellner, the story follows Bob (played here by Lucas Till with a heavy drawl) living in an astoundingly racist part of Alabama with a belief system of his own that goes against not only Southern values but the teachings of his Klansman grandfather (Brian Dennehy). Naturally, tension rises when he decides to implement the civil rights cause into a college assignment, mingling with the Black community.

This leads to a meeting with Rosa Parks (the setting is the summer of 1969, so her relevance is obviously booming) which is exciting until you realize this is not a movie about Rosa Parks and she’s gone in five minutes. It’s clear that the purpose is to take a look at how she was an influence on him, but it’s not as effective when Rosa Parks is simultaneously a minor character yet also meant to push the plot forward and give a sense of weight to Bob’s further involvement with the civil rights movement. Anyway, Bob plans to join the freedom riders and their marches which sets off more conflict within his family and girlfriend Carol Anne (Lucy Hale) who, while progressive like him, is more concerned with his safety and the stability of their relationship. 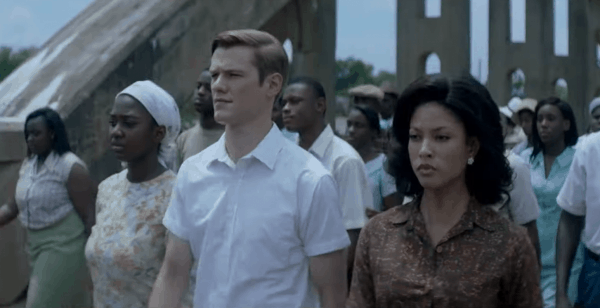 That doesn’t work out but Bob does land an opportunity to handle some calls and pass messages for the Student Nonviolent Coordinating Committee which leads to an underdeveloped interracial love subplot with Joanne (Lex Scott Davis) and training from Reggie (Shamier Anderson) on controlling his anger and not fighting back during riots as law enforcement loves to pin crimes such as inciting violence on them. The quick scenes themselves are amusing (a man has ketchup and mustard squirted all over him meant to agitate him to the point of getting physical). Oddly enough, humor is one of the few things attempted. that does work for Son of the South (there’s a great joke involving Bob not thinking through how it sounds asking for some bedsheets).

Everything else is sloppily edited with the narrative never finding any clear direction besides reaching its medias res ending where Bob has a target on his back. Other notable actors such as Cedric the Entertainer pop up for a minute with no purpose. The cast here doesn’t necessarily have star power, but there are more than enough interesting names given absolutely nothing to do. Then there are the riots themselves, which should be ridiculously easy to generate some emotion and intensity, but the first of these sequences is bafflingly static with next to no visceral quality or urgency or even mild engagement. Bob is tasked with grabbing a person out of harm’s way, except when he does reach her they have a conversation for at least a minute with people in the background doing some badly choreographed fighting. 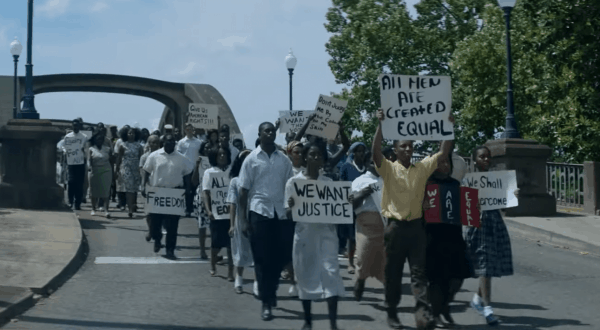 There’s never once an impression that Barry Alexander Brown knows what story he wants to tell in Son of the South as if he skimmed through the autobiography and only adapted whatever important moments there were to be found in Bob’s life. Some characters are dropped entirely, there’s never any focus, and worst of all, it never makes the case that a movie about Bob Zellner is intriguing let alone necessary. It’s nice that there’s a slight twist on white Southerner stories where instead of watching someone shed their racism, Bob Zellner went against those values from the start (there are some flashbacks that seem to be trying to channel the outrage and anarchy of Spike Lee that just come across as over-the-top), but I’ll be damned if there’s anything actually interesting here.